We all have that one friend we can share anything with as it brings you relief. You may keep secrets from each other or from yourselves too. It might weigh you down or create an inseparable bond with your confidantes.

It is vitally important for us to share secrets about your private hopes and knowledge with a trusted person, according to various studies. If you have the right to share your secrets publicly, Whisper, a secret-sharing app is the best place.

Now, let’s understand what is whisper app? And some of the apps like Whisper that enables you to share your deepest and darkest imaginations online.

What kind of App is Whisper? What exactly does it do?

If all the hushed confessions that you may secretly share with your trusted ones fall upon others, it would be a platform for entertainment and gossip. Luckily no one can discover your secrets unless it is passing between loose tongues.

Yet, if you do have the immense urge to illegitimate concerns, then the next best thing would be the mobile web!

What is the whisper app?

Whisper is an anonymous secret-sharing app that lets you make confessions, be it small or horrific to think about. The platform enables millions of users to share their acts of penance and camouflage.

There are millions of users, according to their reports revealed by the founder of the whisper app Michael Heyward. It has been around for two 2 years collecting funds of 24 million dollars worth.

What does it do?

It is a place where you can complain about relationship dilemmas and their disorders. Whisper app is used by children to adults wherein the grid of photos a guy even admitted that he cheated on his wife with two women.

With your thoughts eating at you, you can even share that you’re a homosexual loud and clear. The above screenshot is when people found that someone they are familiar with is a sex offender.

Does it Really Make You Anonymous in The World of the Internet? Or it’s Just a Scam?

First of all, as a user, you must know that there is nothing 100% anonymous when it comes to the internet, and the whisper app is a mobile web.

You must also remember the incident where Snapchat, one of the great social media apps consisting of 4.6 million user base, encountered a security breach for revealing names and phone numbers.

It’s not a scam, but yet you have to be aware of spilling your darkest secrets as things could go downhill and may be of use to third party sites. It’s dangerous if the third parties exploit the information with startling exaggeration and find you through location, content, and behavior data you agreed to provide.

According to the reports, Whisper sues the location of some users and even the people who have not given permission to share the location. Apparently, the Company is using the data posted by military personnel to look after their activities when they work at companies like Yahoo or Google.

How Many People Use This Kind of App on an Average?

If you see the statistics related to whisper app, there are over 10 million people who open the app every single month.  Most of the average people who use this app are teenagers. This is where the similar app “Secret” did not survive.

Because they targeted a set of wrong target audience where the interest of confession revealing wasn’t primary.

So, maybe you don’t trust the Whisper app due to concerns! Perhaps, you can find comfort with apps like Whisper; it’s an alternative available on the market.

Here are the list of 11 best apps like Whisper for both Android and iOS users for free:

Yik Yak was once a popular social media mobile web app for both iOS and Android, allowing people to continue discussion threads limited within 5-miles. You can easily connect with other people’s content by upvoting the feeds.

It was always a busier app through the feature of “peek” where you can view famous posts. Sadly, it’s discontinued now.

Askfm is one of the Whisper alternatives that allow you to post and upload questions and leave comments on other people’s posts. You can pose your queer questions anonymously along with other millions of questions asked in the platform. 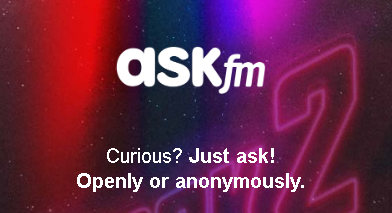 Aside from that, you can expect interesting questions which you can answer too. The questions might be as random as possible. Here, no parents are allowed inside the community. It’s a free app.

Steams is another outlet for you to let off steam and rant your ravings with your illegitimate thoughts to share with the world. The user interface is very lofty and attractive, as you can create content on images. 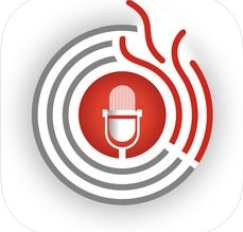 The Company claims the app is 100% anonymous, letting you express your deepest thoughts in the form of pictures, video, or a story, even asking you to sign up for the app steams. It is a wonderful app like Whisper indeed.

Sarahah is another one of the anonymous apps that lets you post messages secretly on others’ use profiles. The word Sarahah means ‘honesty’ in Arabic. It is an excellent means to reveal your honest thoughts.

Just because you have doesn’t mean you can go and bash your ex, the app protects you from hateful comments and bullying attempts. The privacy settings are top-notch, making it safe for users, unlike Whisper.

Wut is another messaging app and is known for its semi-anonymous features. The interesting thing about this app is that there is no news feed like the Whisper app, but everything will be shown in drop-down push notifications. 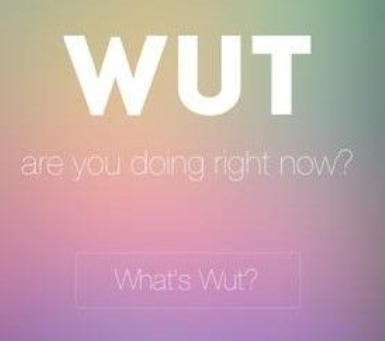 You can rarely open the app if you want to send messages. You have to sign in with Facebook to use the app. Hence it’s semi-anonymous.

Chatous is another popular anonymous chat application that makes your networking strong with different persons. There are multiple chat rooms for discussions. All the conversations are private and will be erased after a couple of days. 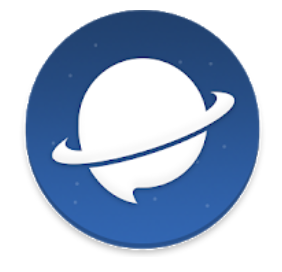 If you’re interested in getting acquainted with new friends, then this is the one apart from that, you can even share media files.

Meetme is a platform where you can message and make friends concealing our identity. You can forget about “Stranger danger” and chat with random strangers and become friends. You can also challenge the strangers to games here. 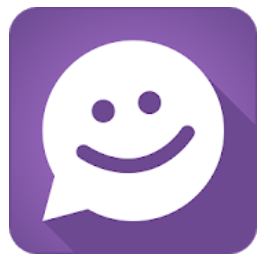 Millions of people are engaged in video chatting, messaging, and streaming their favorites. It is one of the best apps like whisper indeed.

Rooit is another anonymous messenger app where you can chat with people and make friends. You can take part in games and quizzes too. The company deemed that over 500,000 people are currently using the app. 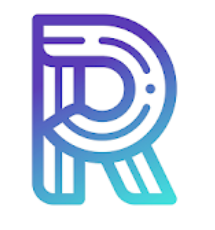 The different types of chat rooms are BAR, SCHOOL, LGBTQ. Enjoy no strings attached relations by chatting in the random chat rooms.

This is another anonymous social networking app where you can express your thoughts without fear of being judged. It is just like the Whisper app. You can react to stories of the users and comment on random emojis. 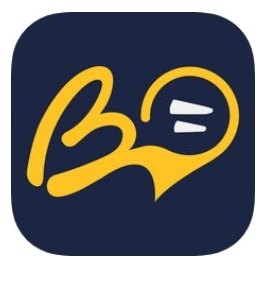 The stories which users post are extremely fun and random, so there are plenty of things you can derive fun from. You have the liberty to share photos, news, emojis, jokes, and many others.

Of course, you know about Reddit, it is one of the biggest places on the internet for discussing topics on distinct subjects secretly. You can discuss various topics without ever revealing your identity. 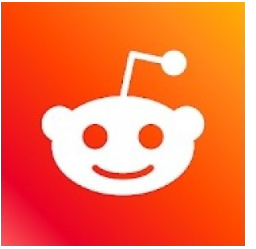 All you need to do is, create an account for joining the chatroom. The user interface is easy to use, and you can easily understand without trouble and have private conversations with people.

With Moco, you can make connections with millions of strangers and network with them. You can play games and chat with them. Another best feature is that there is a filter where you can search for your interest depending upon age, gender, and sexual preference. 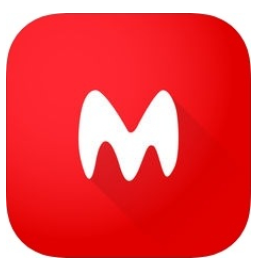 You can establish your own chat room with unique ideas too. You have a choice to make it private or public.

How do These apps work and from where you can download it? Is it paid or free? Do you need to jailbreak your device in order to install it?

The point of downloading these apps is because they are anonymous. You can use the special features to make new friends, play games, post your confessions, and participate if there are quizzes depending on the app.

Most of the apps require you to sign in with an email Id or Facebook account, which is easier. These apps are completely free, so you don’t need to worry about the price.

Do you need to jailbreak it?

While downloading the app, you don’t need to jailbreak or root your phone as they are available in Google Play and Apple store already.

Also read: Best Ways to Find Out Who Unfollowed You On Instagram as of 2020

What sort of information does it require while logging in? Is it reliable to share our personal details on these types of apps?

It is a usual process as, like any other apps, you may register with your email Id or with Facebook account. They may ask for information related to your gender to customize the experience.

The anonymous messenger apps are not 100% anonymous in any way. There is a possibility that the information you may provide will be sold to third-party sites for profit. But you do have the option of using private or public. It’s up to you to sign up with these risky apps.

What are the Pros and Cons of Apps Like Whisper?

Nothing is secret nowadays as the social media app has evolved our understanding so much. You can share anything. But there are things that you must confess only with anonymity intact. Now, lets’ see the pros and cons of using apps like whisper.

What do people think about these apps | According to internet research and people’s review? 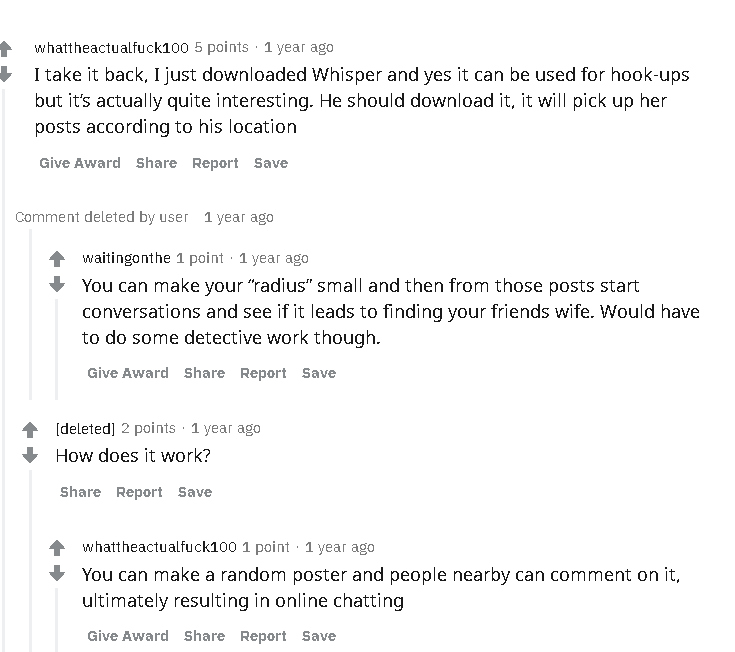 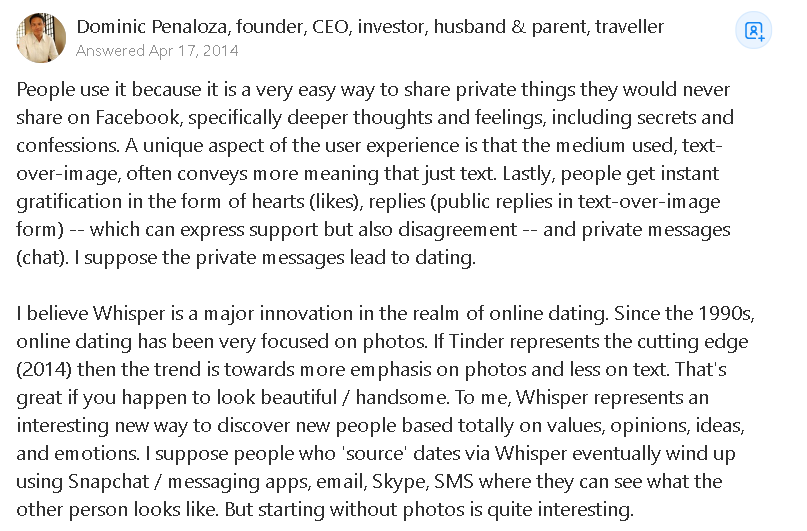 All these secret apps are some of the popular anonymous platforms where you can share your thoughts without fear or consequences. Although there is a risk of your information about the location being leaked out to third party sites for profit, remember to disable your GPS feature to be extra careful.

1. Is Whisper a dating app?

Whisper is a secret-sharing app that lets you share photos, messages, and other weird confessions to the public with anonymity. So, it’s not a dating app. Instead, you have the liberty to share the deepest and darkest imaginations.

It’s simple really, all you have to do is-

Yik Yak has been discontinued, and now it’s officially dead. It was valued at around $400 million; the Company closed it in 2017.

If you have found this article helpful, do let us know in the comment section below!

10 ANDROID APPS YOU SHOULD HAVE IN YOUR SMARTPHONE IN 2017