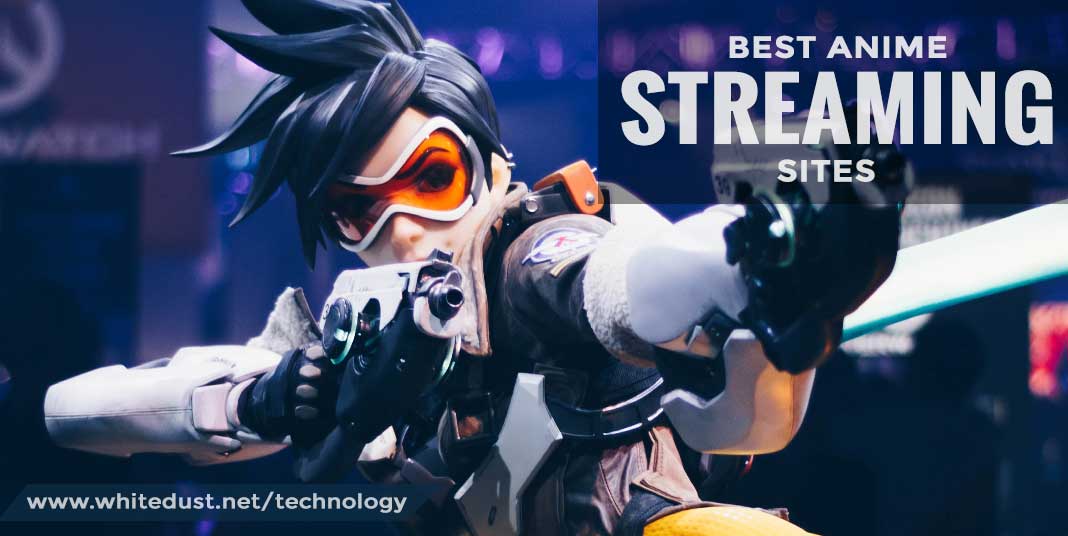 The modern lifestyle has become very tiring and stressful for people. Everybody looks for a break from their jobs and routine every now and then. Entertainment is one of the best stress-busters in the world and Anime is easily one of the best forms of entertainment.

People love watching anime movies and series, only because they can express feelings and emotions regular entertainment cannot. But the struggle to find dubbed versions of these shows on the internet is real. As you read through, I have managed to gather the information that will help you stream your favorite series and movies without any hurdles.

The word ‘Anime’ in Japanese means any form of animation. The western definition of anime cartoons that are produced only in Japan. These Animes are first hand-drawn, approved by the concerned authority and then animated and brought to life by computers. Animes are of course most popular in Japan, their country of origin but they are also popular in 25 other countries like the Philippines, Saudi Arabia, Peru, Indonesia, Chile, Malaysia, Mexico, Costa Rica, Singapore, Thailand, Bolivia, Panama, Russia, India, etc. Anime is watched mostly by children (6 to 12 years old) and teenagers. Although a few adults (30 to 50 years) also view it occasionally.

American streaming platform service, Crunchyroll has an active 10 million monthly streamers and 45 million are registered with the platform.

Crunchyroll releases updates on its content every hour; making it easier to never miss out on the latest episodes of your favorite anime show. It is important to note that not all shows listed on this platform are dubbed in other languages. You may consider watching some of your favorite shows with subtitles.

The downside of this platform is that you cannot download episodes to stream offline. Crunchyroll asks you to subscribe to their premium services for 7.99$/month for unlimited access to all content available on its platform. 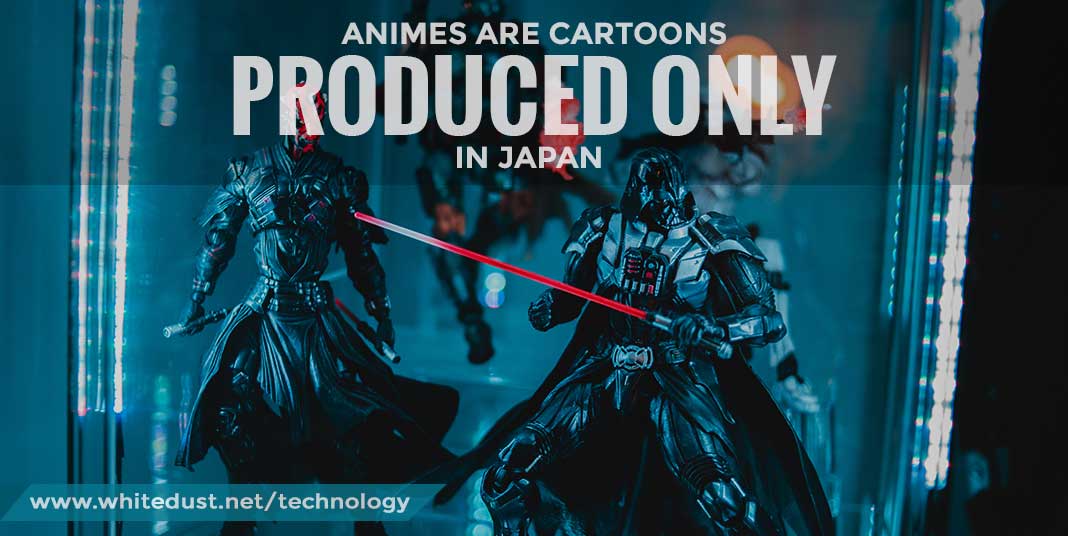 Funimation has a limited geographical reach, as anime fanatics residing in countries like Japan, China, Russia are the ones who can stream shows on this platform.

If you seem to find your favorite anime available only on Funimation but aren’t located in any of the aforementioned countries, perhaps, switching on VPN might come in handy. Both the Japanese and the English-dubbed version of anime can be streamed for free, but to download the English version of the show, you need to purchase the premium subscription plan at US $5.99/month or US $59.99/year plan.

Hulu is a popular on-demand subscription service that is used by over 1.5 million users worldwide. This streaming platform is also one of the top legal sites to stream content online.

Hulu has received a decent number of good reviews to be on our list. This website is not free (only has a free trial for 30 days). To enjoy streaming the content post the free trial, one needs to subscribe at US $5.99/month to continue watching anime episodes online.

Hulu again has a limited geographical reach, as it is available only in the US, UK and a few parts of Europe and Asia. Only certain anime series (English dub and the Japanese version) can be downloaded from this website. If you want to watch an anime series online on this website in a country where its services are not available, you need to use a Virtual Private Network (VPN).

Also Read: Why Anime Defies The Rules of Race

Kissanime has the highest number of anime fans among all the sites that are listed here. You can stream anime videos in resolution of your choice, which ranges between 144 pixels to 1080 pixels.

A vital feature of this website is that for every anime episode, the English-dubbed and the Japanese versions are available. Free Download of anime episodes is possible only if you have signed up on this website.

9Anime allows you to watch anime at a resolution of 1080 pixels, but with a few pop-up ads. It is also the most updated website when it comes to streaming anime online. Your favorite anime shows are uploaded for viewing a day after the original airing date.

The website’s home page is user-friendly as it allows you to search either by typing in genre or ratings of your favorite anime.

One major upset of using this site is that you may not be able to download and stream the content. In case you enjoy a high-speed internet connection, you can stream shows without any interruptions.

Also Read: Spotify – Everything you need to know about the music streaming platform 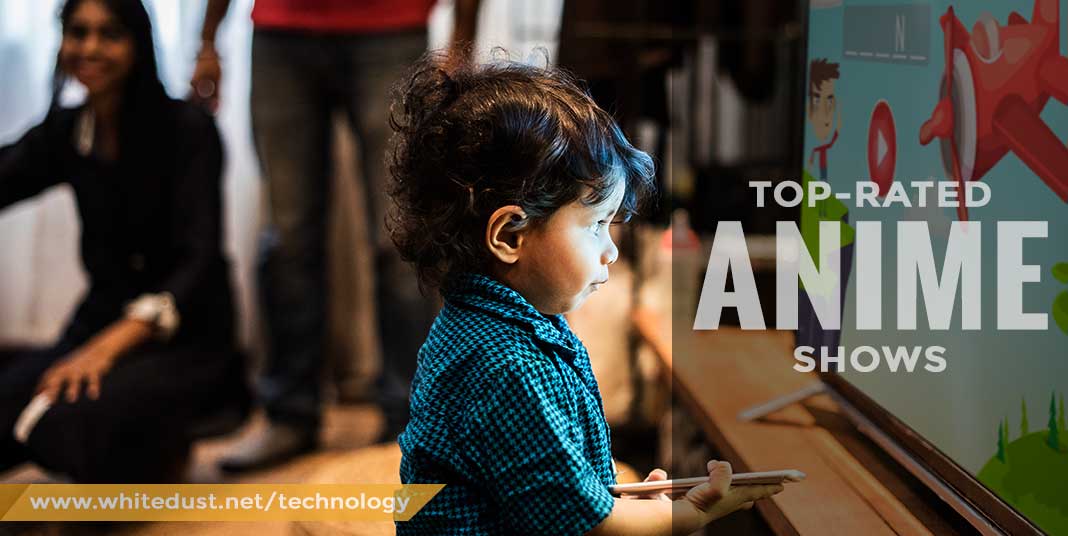 Written and illustrated by Hiromu Arakawa, Fullmetal Alchemist is a show that is on every anime lovers binge list. With an IMDB rating of 8.6, it is the most popular series under the action and adventure genre.

The story of the show revolves around a failed alchemical ritual that leaves brothers Edward and Alphonse Elric with severely damaged bodies. The outcome of this failed ritual leaves them in finding something that can save them – the Philosopher’s stone.

Where to stream? Netflix

Hunter X Hunter, a show that ran close to 150 episodes between 2011 and 2014, depicted the life Gon Freecs who aspires to become a Hunter someday. If you haven’t watched it yet, watch it now and join Gon as he embarks on a journey to find his father who left him while he was young.

Where to stream? Netflix and Crunchyroll

Gintama is a rib-tickling manga comedy written and illustrated by Hideaki Sorachi. This manga show scores an IMDB rating of 8.7, a rating that is averaged across the 375 episodes aired until now.

The Synopsis of the show according to IMDB is as follows

“In an era where aliens have invaded and taken over feudal Tokyo, an unemployed samurai finds work; however, he can.”

Where to stream? Crunchyroll

Hiro Fujiwara’s manga series, Maid Sama is a unique romantic story that will keep you glued to your chair (or wherever you are sitting). This romantic anime series revolves around Misaki Ayuzawa, who fights against the boys at the Seika High School, formerly an all-boys school, which is now turned into a co-ed school. With a rating of 8.1, Maid Sama! is a show that you as an anime lover should not miss out on.

One might think that watching Animes is kids’ stuff, but surprisingly, there are a few benefits to watching animes that might come in handy even to adults. Animes give us a glimpse of Japanese culture, lifestyle, society, architecture, etc. To those of you who are keen on learning stuff about Japan, this might be interesting to you.

You can put yourself in the shoes of your favorite Anime character and see how he or she deals with exciting situations. Who knows, you might face a similar situation in the future as well! You will learn about Japanese food like Okonomiyaki (from the anime Ranma ½), Melonpan (from the anime Shakugan No Shana), Onigiri (from the episode ‘School Rumble’ in Pokemon Indigo League), etc.

You will learn about the importance of communication and how a lack of communication can cause misunderstandings in relationships (Animes like ReLife and Kokoro Connect teach you these lessons well). Last but certainly not least, you will have fun while watching Animes and relax.

How Market Intelligence Platforms Are Changing the Business Landscape