Amid all the despair due to the coronavirus pandemic, for many people, one source of solace and entertainment is streaming services which, in the absence of theatres, are keeping us sane. And, we don’t know when we will watch movies at the theatre again safely.

Moreover, there are people who refuse a ninety-minute long movie as it is too much of a time commitment but are ready to have a 22-minute sitcom and watch 18 episodes of it, leaving the sleep for the whole night.

Therefore, to keep up watering upon the plants of your entertainment, here is a list of a handful of best web series, both new and a little older—to binge-watch asap.

Contents hide
1 In tons of web series which one is the best?
2 Top 5 web series to watch in 2020 around the world
3 Popular web series that is an all-time favourite
4 Some new web series with amazing stories which most of the people are unaware of
5 The Bottom Line
Advertisements

In tons of web series which one is the best?

Without giving too much away, Game of Thrones has the finest plot in any TV show because audiences instantly become immersed in a vast and epic world without ever losing sight of the memorable characters that populate it.

Game of Thrones is exceptional because its audience has consistently grown from season to season. It had also become a commercial cash cow. Uber launched an advertising campaign called #RideOfThrones, which gave fans based in New York the chance to sit in the infamous Iron Throne.

Like any TV or film, the magic starts on the page, and in the case of Game of Thrones, there’s no denying that George R.R Martin has managed to tap into some beloved elements of history, mythology, and folklore.

With multiple feuding Houses, betrayal, quests for revenge, and shifting alliances all occurring on a regular basis, there’s rarely a moment to breathe because in Westeros, swords, and words can be equally as deadly.

Excitement, mystery, and uncertainty shroud every minute, but there’s far more to it than a razor-sharp plot. Incredible action, amazing one-liners, and exciting twists develop at such a quick rate that you’ll be begging to watch the next episode.

Thank god that Sky Box Sets have every episode for you to catch up on! Every moment feels like it’s a small piece in a superb jigsaw that’s building towards the final answer, who’s going to sit on the Iron Throne?

Also read: Types of Companies (Facts you Need to Know About Companies Before you Start your Own Business)

Top 5 web series to watch in 2020 around the world

The streaming platforms put out some interesting content for their viewers, making this a somehow bearable self-isolation experience. Here are the five best international web series that we have seen in 2020 so far.

Hoops is a new web series that is available on Netflix from August 21. It is a strong adult animated comedy that focuses on the main character’s intense unlikeness. The sitcom is created by Ben Hoffman which follows the storyline circling a “ foul-mouthed high school basketball coach.” 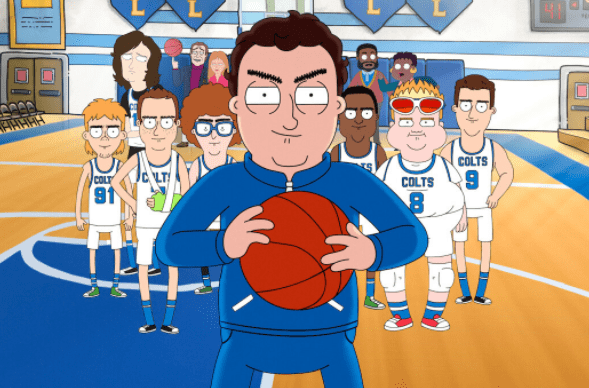 The humorous web series has earned many negative reviews as people are complaining that the character is too vulgar and gross. But it is supposed to be that way. Don’t miss out on watching it if you like some crude humour and don’t dare get offended.

Immigration Nation is another one of the latest web series that is a six-part documentary that examines the American immigration process. It reflects the daily lives of ICE agents, attorneys, lawmakers, and activists. It consists of many stories of undocumented immigrants that include footage taken for more than 3 years. 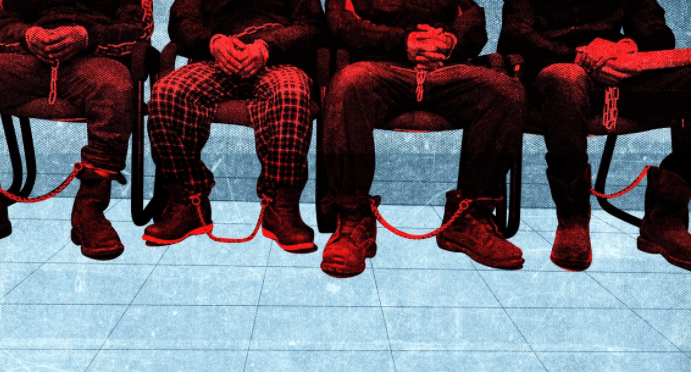 The Baby-Sitters Club is an interesting adaptation of Ann M. Martin’s 90’s novel. The story is warm-hearted and rich that has wooed plenty of viewers and pretty famous among young adults. 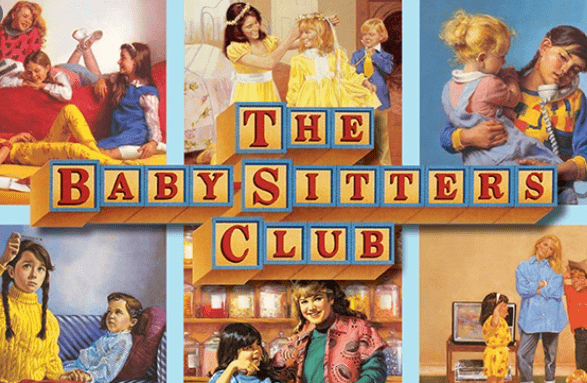 The storyline is all about some middle schoolers who group together and make extra money by providing important services for parents. They offer a relaxed yet fun investment in caring for kids they babysit for. It is a must-watch as it is inclusive and savvy for you casually spend time.

The Kingdom is another one of the latest web series that is a family drama that focuses on the Kulina family which is led by retires fighter Alvey. The cast is mindblowing offering an amazing opportunity to enjoy.

The fluctuating emotional state also makes it a worthwhile watch with a tinge of darker vision filling your heart with value.

Mirzapur is one of the Indian web series in which the second season released in 2020. The show has given a revival and a gangster saga to Indian viewers. Mostly, the first season gained much traction after the first weak, the fan base is expecting an even more savvy season moving forward. 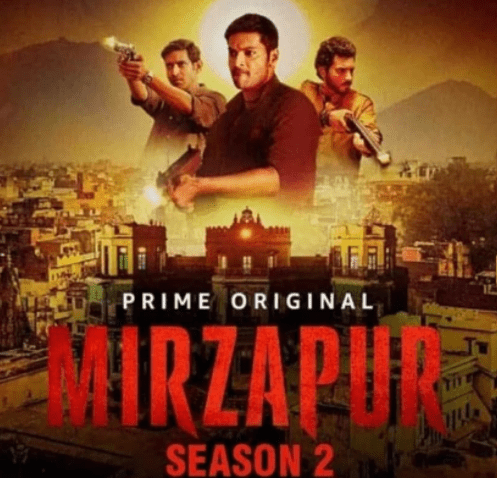 Popular web series that is an all-time favourite

Ah, memories. Do you remember this iconic series? Six friends from New York City have made us happy for 10 years. Now, they are back on Netflix (YES!).

Friends is an American sitcom television series, created by David Crane and Marta Kauffman, which aired on NBC from September 22, 1994, to May 6, 2004.

We recommend this show because the plots aren’t complex, and the dialogue is often slow and deliberate.

It is an American fantasy drama television series created by David Benioff and D. B. Weiss for HBO. It is an adaptation of A Song of Ice and Fire, George R. R. Martin’s series of fantasy novels, the first of which is A Game of Thrones.

Breaking Bad is an American neo-Western crime drama television series created and produced by Vince Gilligan. The show aired on AMC from January 20, 2008, to September 29, 2013, consisting of five seasons for a total of 62 episodes.

It’s pretty slow, to be honest, but the acting is really spectacular and the story and writing are also fantastic. If you have the time and willpower to sit through it, you probably won’t be disappointed.

Money Heist is a Spanish heist crime drama television series created by Álex Pina. The series traces two long-prepared heists led by the Professor (Álvaro Morte), one on the Royal Mint of Spain, and one on the Bank of Spain.

The story is as smart as it is relentless. By stretching the standard out tropes and narrative cues of a heist thriller across several hours, Money Heist has more space to go deeper into the characters, their relationships and motives, and the complex mechanics of the story itself.

It’s a must-watch one, and I mean it!

Now let me tell you why Dark is so awesome! The background score is fabulous, very unique. The cinematography is pretty good too, but the story/concept is what makes this show stand apart, and kudos to the writers and showrunners for crafting such a beautiful script.

You will really enjoy watching Dark.

Peaky Blinders is a British period crime drama television series created by Steven Knight. Set in Birmingham, England, the series follows the exploits of the Shelby crime family in the direct aftermath of the First World War.

There is no show that can boast a better return on investment. At 12-episodes, the show is short enough to binge-watch over a weekend. When you think that some shows cram 23 episodes into one season, Peaky Blinders is like watching your average show in a particle accelerator.

Dexter is an American crime drama mystery television series that aired on Showtime from October 1, 2006, to September 22, 2013.

The main reason to watch “Dexter” is the engaging plotline. Season 1 kicks off with “Ice Truck Killer,” a serial killer who drains his victims of blood and chops up their bodies in a controlled and concise manner, and the mystery for Dexter and his co-workers to find him.

Which platform has the best web series so far? Is it Netflix, Amazon, or any other?

Netflix stands out when it comes to series compared to the other two platforms. It has a variety of great series which we can binge-watch a lot. When it comes to movies it’s almost similar to other platforms.

Since the domination of streaming services like Netflix and Hulu, the definition of a “web series” has changed. Originally, it referred to any series that was on the internet instead of through a cable television network, like the first couple of seasons of “Never Have I Ever.”.

But now that television networks have online subscription services, they’ve dominated the web show market in general. That’s why here is a bunch of some independent or new web series that can engage you with its thought-provoking storyline.

As one grows older, life becomes more complicated and less certain. That is what web series like About Us, which premiered on YouTube from 2014 to 2016, try to capture.

Set in Los Angeles, this show revolves around three young college students who are also good friends. But things get muddy when an old acquaintance comes back in town, which stirs up romantic feelings that test friendships and leads to inevitable drama within the group.

American television has normalized the screen presence of the LGBTQ community so far, but it’s engrossing to observe how a conventional country such as India represents it. Neverland is a short Indian web series that tells the story of lesbian couples.

This latest web series particularly revolves around the hindrances they meet against staying together. You will know the story of their families as well. This web series is your pathway to enter the perspective of a conventional Indian family towards homosexuality.

3. Never Have I Ever

This American comedy-drama tells you a diabolically entertaining story of deception, betrayal, affection, and temptation. Netflix released this honest and terrific new web series on 27th April 2020. Literary myths say that it is the true story of the author Mindy Kailing’s childhood days in Boston.

Devi, an Indo-American teenager, has been through a terrific freshman year. Now she is desperate to moderate her social status. Unfortunately, her family, friends, and her own feelings make this job tough for her.

The pathetic demise of her father and losing the utility of her own legs for 3 months make the teenager walk upon the thornful paths of life. This new web series will explore the consequences of vengeful returns of the transgressions of the past.

As we are living in an era of internet domination, the most common TV series has been replaced by many web series. From adults to young children, everyone loves to watch the interesting series, in fact, some are even obsessed with watching the whole seasons in a day!

These are the best web series on Netflix that you must watch, especially during pandemic days to stay sane.

If you have found this article helpful do let us know in the comment section below!!

How to arrange a sport area in your garden ?

Can You Buff Quartz Countertops?