Are you allergic to the protein, gluten? Do you suffer from celiac disease? Do you want a remedy for it? If so, you should read this article. Before that, is there really a cure for celiac disease? Can drinking beer fix the problem? Kindly read on to find out.

What is a celiac disease?

Celiac disease is a hereditary autoimmune disease. 1% of the population of the US (32.9 million people) is affected by this disease. When people with celiac disease eat the protein gluten found in wheat and wheat products, their antibodies (WBCs) mistake it for a virus (due to inheritance) and start attacking it.

In the process, their antibodies damage the cells in their small intestine called Villi. Villi are small finger-like cells, lining the walls of the small intestine. They absorb the nutrients from the food that we eat and they (the nutrients) are in turn distributed to other parts of our body.

When Villi are damaged by people’s antibodies, they do not effectively absorb nutrients from food and people grow weak with enhanced constipation rate. Celiac disease can occur at any age for people eating gluten-containing products (wheat products).

What are the signs and symptoms of celiac disease?

The following are the celiac disease symptoms:

People affected by the celiac disease will experience intense acidity and gas trouble. The gas in their stomachs may cause various kinds of body pain.

People affected by the celiac disease have very low levels of energy (as energy is not efficiently derived from their food) and feel tired often. They feel the need to sleep more than the average man.

As nutrients are not effectively absorbed from the food for people affected by celiac disease, they lose weight over time and could become malnourished. Sometimes, even death occurs due to malnutrition in underdeveloped countries.

Like all nutrients, iron is not absorbed effectively in people affected by celiac disease. Hence, they become anemic and exhibit their symptoms like fatigue, weakness, chest pain, headaches, and dizziness.

Since the brains and the bodies of people suffering from celiac disease become malnourished over time, they get into depression. If not treated on time, it could result in suicide.

Celiac disease may cause Dermatitis Herpetiformis, an itchy, blistered rash that can occur on the elbows, knees or buttocks.

People affected by celiac disease develop all kinds of digestive issues. Hence, they may develop frequent vomiting. The stomach acids present in their vomit will also damage their oesophagus and the enamel of their teeth.

This can lead to esophageal cancer and a plethora of dental problems. A study in the US found that 9.4% of the people affected by celiac disease experienced frequent vomiting.

As people affected by celiac disease become malnourished over time, they may developmental disorders like depression and Attention Deficit Hyperactivity Disorder (ADHD).

Luckily, due to the advanced medical technologies available in the US, only 0.4% of the celiac patients suffered from ADHD after treatment.

How is celiac disease inherited? Is it genetic?

Celiac disease is a hereditary disease. It may be inherited by means of the Human Leukocyte Antigen (HLA) gene. If you are affected by celiac disease, there is a 10% chance that your offspring will be too (according to the latest research in the US).

What does celiac pain feel like? Is it really painful?

Apart from the above-mentioned symptoms, celiac patients may also experience ‘brain fogging’. Brain Fogging is when a person feels tired, is unable to think clearly, gets disoriented, and is forgetful often.

This is quite a serious symptom of celiac disease. Brain fogging can lead to depression and death in celiac patients. Celiac patients may also develop moodiness, irritability and a drop in their blood pressure (BP). Insomnia at night is also not uncommon for celiac patients.

How long does the blood test for Celiac Disease take? Is it a painful test?

The following are the celiac disease test. They do not hurt more than the prick of an injection. They are:

Checks if there are heightened levels of antibodies in your blood. Above normal levels of certain antibody proteins in your blood give a clear indication of celiac disease.

Various tests are performed to check if a person has HLA DQ 2.5, HLA DQ8, or HLA DQ2.2 genes. If the tests are positive, it could indicate the presence of celiac disease.

If the above tests are positive, some hospitals employ some advanced testing mechanisms to confirm the presence of celiac disease. They are:

In this test, a long tube with a small camera (high resolution) in front is pushed down a person’s oesophagus to his small intestine. A small tissue sample (biopsy) along with lots of HD pictures of the small intestine is taken.

This is the most advanced form of endoscopy available. In this type of endoscopy, miniature cameras, connected to miniature microprocessors, are fitted inside a plastic capsule.

They are checked for signs of damage. If there is damage to the Villi, the presence of the celiac disease is confirmed.

So what test you decide to take depends on your budget and the facilities available at the hospital.

Can a colonoscopy diagnose Celiac Disease? Is it really effective and worthy?

A colonoscopy isn’t necessary for diagnosing celiac disease but some doctors may suggest it to check the health of the large intestine as well because harmful bacteria can spread from one part of the body to another.

Colonoscopy is a procedure in which a fiber-optic tube with a small camera in front is inserted through the anus of a person to check the health of the large intestine.

Does Alcoholic beer help you to cure celiac disease? Or is it just a myth?

Regular beer is made from wheat, which contains gluten. Hence, a celiac patient will suffer a lot if he drinks regular beer. He can, however, drink distilled beer which is free of gluten.

It must be noted that drinking distilled beer does not cure celiac disease. It just does not aggravate its symptoms. It’s like gluten-free food.

So what liquor can a person with celiac disease drink? I’m sure that you’re all keen to know this. So let’s get to it.

and potato vodka as they are all free of gluten.

What foods aggravate Celiac Disease? Do you need to change your diet for it?

Celiac disease is a hereditary disease inherited by certain kinds of genes (HLA DQ 2.5, HLA DQ8, or HLA DQ2.2 genes). There is no food item that causes this disease. However its symptoms are aggravated by consuming food products that contain Gluten.

What are the treatments for celiac disease? How much time does it take to completely cure it?

There is no cure for a celiac diet to date. Celiac disease treatment only stops its symptoms. Following a gluten-free diet will stop the symptoms of celiac disease and heal the Villi in your small intestine. They will get damaged once again if you consume foods that have gluten.

The good news is that there are many gluten-free food products available in the supermarket these days.

What are the best medications for Celiac Disease? Which one you should take according to the symptoms pattern?

If you have blistering skin rashes due to celiac, doctors will give you medicines like Dapsone, Sulfonamide, and Antihistamines to get rid of the blistered skin rashes. For celiac disease, however, following a gluten-free diet is the only solution.

What happens when a person with celiac disease eats gluten? Is it really going to affect the person?

For a person affected by celiac disease, even the smallest particle of gluten can trigger painful symptoms. They include: decline in BP, diarrhea, abdominal pain, bloating of the stomach and small intestine, fatigue, disorientation, forgetfulness, irritability, frequent vomiting, and weight loss.

What does science currently know about celiac disease? As per the latest scientific internet research and doctors.

The research team believes that certain infectious bacteria and viruses can trick the human immune system into believing Villi are foreign invaders (germs) and attack them as a consequence. This theory is yet to be proved but it’s a possibility.

Does celiac disease cause weight gain?

No, celiac disease does not cause weight gain. It only causes weight loss. When the villi are attacked and destroyed by the antibodies in our body, it degrades our digestive capacity.

Hence, nutrients are not absorbed effectively from our food and we lose weight over time. Even the weight gained due to the swelling of our stomachs and intestines is lost over time due to indigestion and malnutrition.

Are you going to die with celiac disease? If so, how soon?

Celiac disease is a hereditary autoimmune disease but it’s not fatal. It’s not like AIDS or cancer or TB that gets worse over time and kills a person. Rather it’s like diabetes mellitus that can only be controlled but not cured.

What’s our recommendation for this disease? According to the doctors and deep research.

Foods such as meat, fish, fruits, vegetables, rice, and potatoes (in its pure form) are all gluten-free and can be consumed safely by celiac patients. Gluten-free bread, pasta, noodles, etcetera are also available in supermarkets these days. So celiac patients can breathe a sigh of relief. They have a decent variety of food items that they can eat.

So What’s the Conclusion?

Prevention is always better than cure. Right from childhood, check if you have the risk of getting celiac disease due to inheritance. If so, take precautionary measures like consuming gluten-free food and the appropriate medications. Remember, like diabetes, celiac disease can only be controlled and not cured.

Do you suffer from Celiac Disease? If so, how do you cope with it? Your honest answers can help someone in need. Please let us know in the comments section below.

Gluten in shampoo or any other product that makes contact with the skin is not a threat to the small intestine but people should be careful not to ingest it by accident. Other products like lipstick or hand lotion that can be ingested easily should be strictly avoided if they contain gluten.

The symptoms of celiac disease will stop in 2 days if one starts following a gluten-free diet. The damaged villi will heal completely in 2 to 3 months. For old people, it may take up to two years!

If you do not presently have celiac disease but consume gluten in your diet then you should do a check-up every 2 to 3 years.

As the villi in the intestine are damaged, our digestive capacity deteriorates. Hence, celiac patients lose weight due to indigestion and malnutrition. 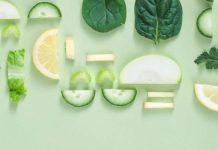 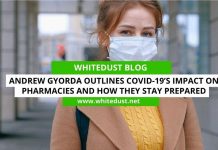 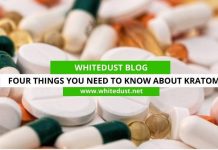 Four Things You Need To Know About Kratom

How To Get Rid Of Itchy Back Rashes