The ability of a system to continue operating normally despite the failure of one or more of its components is referred to as “fault tolerance.” The availability of mission-critical applications and systems is maintained by a fault-tolerant system, which also assures that these systems never experience interruptions. Fault-tolerant systems allow for the elimination of service disruptions by automatically switching out components that aren’t functioning correctly with their respective backups. Examples include: 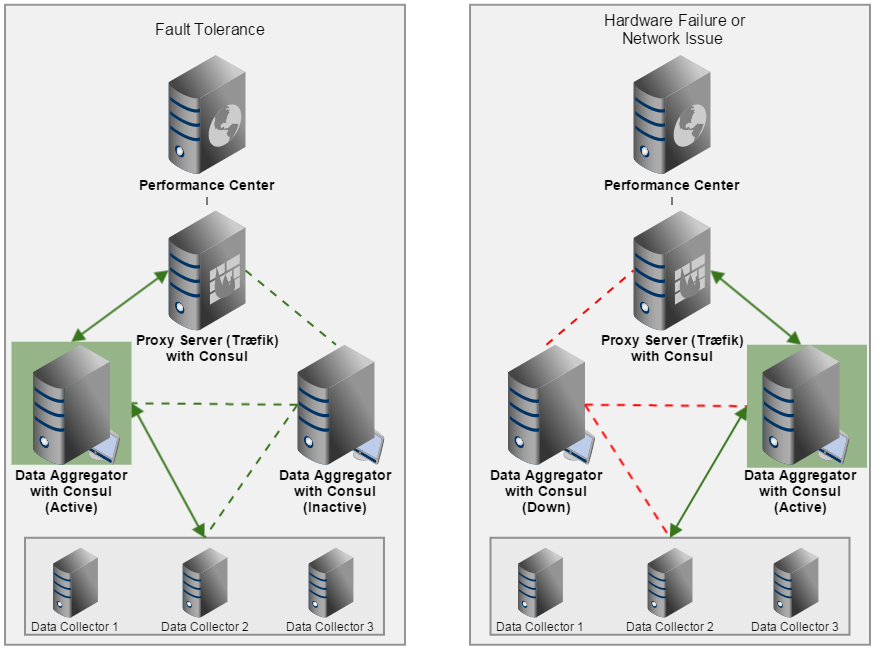 Many different approaches may be taken to improve the robustness of a system or component dependent on a single point of failure. Plans for disaster recovery may use fault tolerance in some capacity. Using cloud-based backups, mission-critical systems can have their functionality quickly restored in the case of a cataclysmic event, whether that event is caused by nature or by humans.

This illustration can be used to contrast high availability with fault tolerance. Even if one of the plane’s engines stops working, the aircraft can continue flying. There are a sufficient number of automobiles that are equipped with spare parts. If the car gets a flat tire, it will stop, but a replacement tire might be put on in a short amount of time. When developing systems with high availability and fault tolerance, you should take into consideration the following:

Specific systems may need an architecture that can tolerate faults, while others need it to have high availability. It is essential to consider the ability of each system to accept service interruptions, the cost, and any existing service level agreements (SLAs) with the service providers and the clients, as well as the complexity and cost of adopting complete fault tolerance.

As a result, most load balancers can withstand surges in an activity that would cause the system to run more slowly without the load balancer. When a network is unavailable, load balancing comes in handy. If one of the two production servers fails, a load balancer may automatically distribute the load to the surviving server. Failover mechanisms are activated in the event of a severe network disruption.

A failover solution can activate a backup (or “standby”) platform to run a web application while an IT team repairs the primary network. A “hot” failover transfers workloads straight to a capable backup system, offering fault tolerance while ensuring no downtime. If a standby system is not operational and the backup plan requires some time to load and conduct activities, you can initiate a warm or cold failover.

Fault-tolerant web application solutions are provided by companies that specialise in fault tolerance. A load balancer that is situated in the cloud and operates at the application layer can distribute traffic both locally and globally. The solution is found in a worldwide network of data centres, which makes it possible to achieve both rapid response and redundancy.

Traffic distribution can be improved by monitoring server loads in real-time using data-driven algorithms (such as those that look for the server with the fewest waiting requests).

The degree of error tolerance that your system needs to have can change depending on the characteristics of the problems you attempt to solve. High availability can be accomplished through the utilisation of fault-tolerant software as well as hardware; however, the processes involved are distinct from one another. Fault-tolerant servers utilise a small amount of system overhead to achieve the highest possible speeds and levels of availability. On servers that are considered the industry standard, it is feasible to execute fault-tolerant software.

How Fault tolerance and security are intertwined.

A fault-tolerant design helps to ensure that systems continue to function correctly and safely. An assault on a system created in a naive manner could result in your company losing data, business, and the faith of its customers. If your firewall is not fault-tolerant, your website and business could be at risk.

Like hosted setups, cloud computing has a high level of failure tolerance. Apps will continue to run even if a component of your cloud infrastructure fails. In the cloud, this can happen if you’re scaling between regions or within the same data centre. There are numerous approaches to making most cloud applications fault-tolerant. All distributed systems, including fault-tolerant ones, must keep an eye on their resources, as well as potential problems.

Why not choose the most affordable moving firms

How to Get Hair Look Gorgeous in Photos