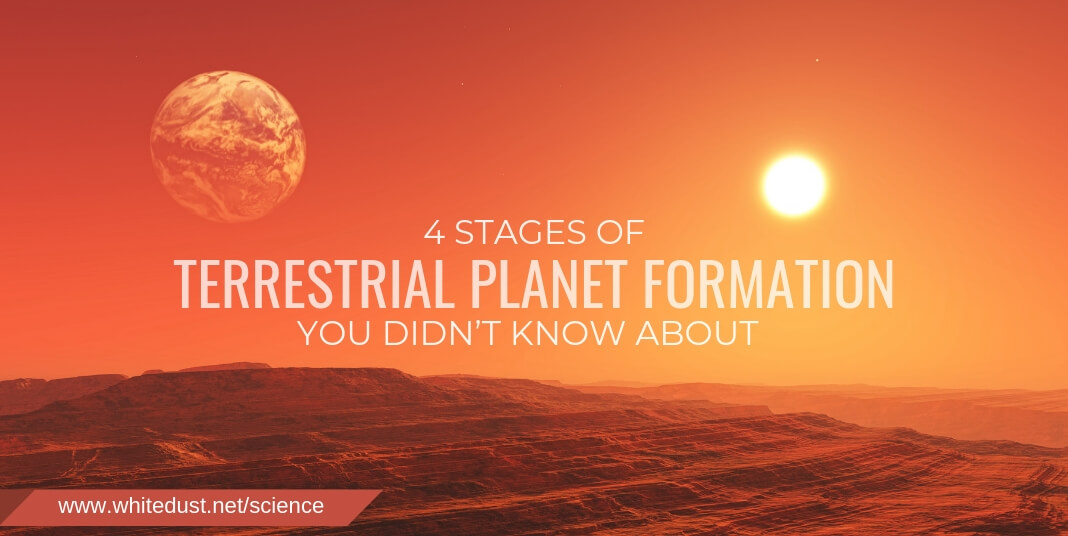 The creation of planets, even its mere existence has always been an intriguing mystery for human beings. How these terrestrial planets were created including earth and our neighbors is a question troubling humans from time immemorial.

Ancient civilizations came up with a torrent of theories based on religious beliefs and myths on how planets are formed, to help them grasp the concept. Luckily, the rapid advancements in science in the latter part of the last century has allowed us to gain a comprehensive understanding of the entire process.

Planets take millions, sometimes even billions of years to develop. The planets in our own solar system, including earth, were formed billions of years ago by forces of magnanimous scale, shaping up the whole of the Universe. Scientists still can’t confirm for a fact the exact way planets got created.

Nonetheless, astrophysicists have developed a convincing model with the use of computer simulations and observations made on young stellar systems hundreds of millions of miles away from earth.

WHAT ARE TERRESTRIAL PLANETS?

Terrestrial planet definition is coined as planets with a solid surface over its core. The word terrestrial is derived from the Latin word ‘Terra’, which means earth or earth-like. In our solar system, the first four planets from the Sun, from Mercury till Mars including earth, are known as the terrestrial planets.

Terrestrial planets are predominantly found closer to the stars and are much smaller in size compared to the more massive giant planets found in the middle of the solar system. They mainly have a central metallic core enveloped by a silicate mantle.

Out of the four terrestrial planets in our solar system, only earth has an active hydrosphere. Terrestrial planets can have surface features like mountains, volcanoes, and canyons, with tectonic activity and even possess the presence of water.

Secondary atmosphere exists on most terrestrial planets in a much lesser volume when compared to a gas planet. Outside our solar system, most planets discovered, turn out to be gas giants since they are easily discoverable owing to their humongous size.

Scientists believe that there could be around 40 billion Earth-sized and super-earth-sized planets in the milky way alone.

For a planet to identify as a terrestrial planet, it has to fall into one of the following four categories.

Also Read: How world Could End

Silicate planets have a core made of Iron enveloped by a mantle composed of Silicon-based rocky material. Earth is an example of a Silicate planet.

Carbon planets also termed as diamond planets due to a massive presence of diamonds on this kind of planet. The presence is a result of the compression of carbon under high pressures and temperatures.

Mercury is the representative for Iron planets in our solar system. The metallic core makes up 60-70% of the gross mass of Mercury. Iron planets are assumed to form closer to stars in high-temperature regions where there is an abundance of Iron in the protoplanetary disk during the time of formation of planets. 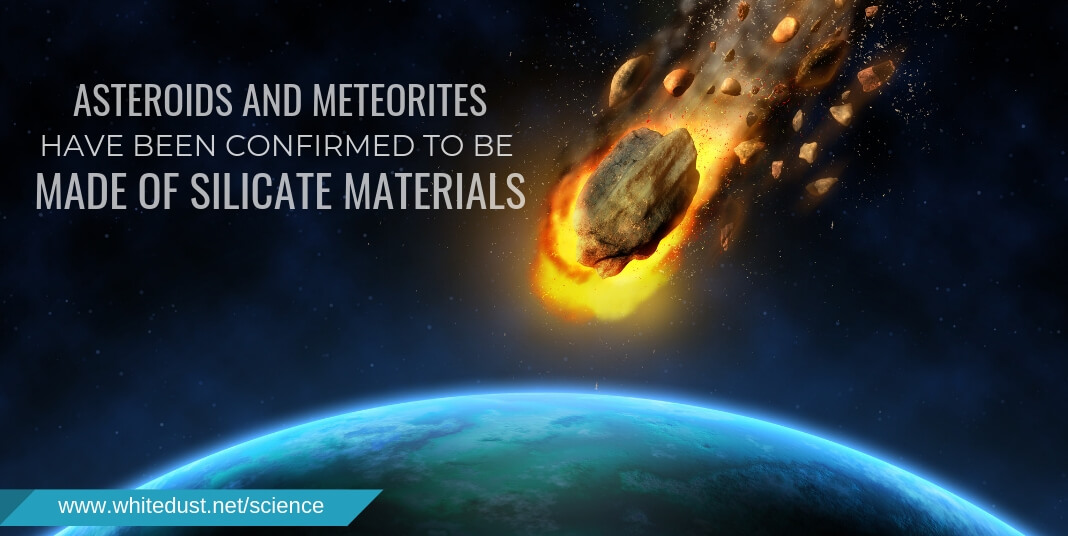 Planets containing only a silicon mantle without a metallic core is a coreless planet. Another type of hypothetical planet, only asteroids and meteorites have been confirmed to be wholly made of Silicate materials as of now by scientists.

Coreless planets are the exact inverse of iron planets. Scientists assume this class of terrestrial planets to form in outer regions of the solar system rich with the presence of volatile oxidizing materials.

Also Read: What You’re Actually Seeing During a Meteor Shower

So how are the terrestrial planets formed?

I know that you are just as excited as I was when I was about to find out the answer to this question, so let’s jump the gun and dive straight into the rationale.

HOW ARE TERRESTRIAL PLANETS FORMED?

The formation of planets is linked closely with the creation of the Sun. At some point in time, our entire solar system was a giant disc of gas and dust rotating around the core. Slowly the core developed more and more into a star, with gravity sucking in the gas and dust cloud around it.

The dust and gas particles rotating around this baby star start clumping together due to electrostatic forces on account of a process known as accretion. The so formed pebbles collide with other pebbles, dust, and gas, and develop into even larger rocks.

Upon growing in this fashion, the pebbles reach considerable size, and they start generating their own gravity. The planet-forming objects in this stage are called Planetesimals. They collide with one another culminating with larger planetesimals consuming the smaller ones, accelerating their growth.

Also Read: Earth Is Not The Only Planet In The Solar System That Sees Total Solar Eclipses 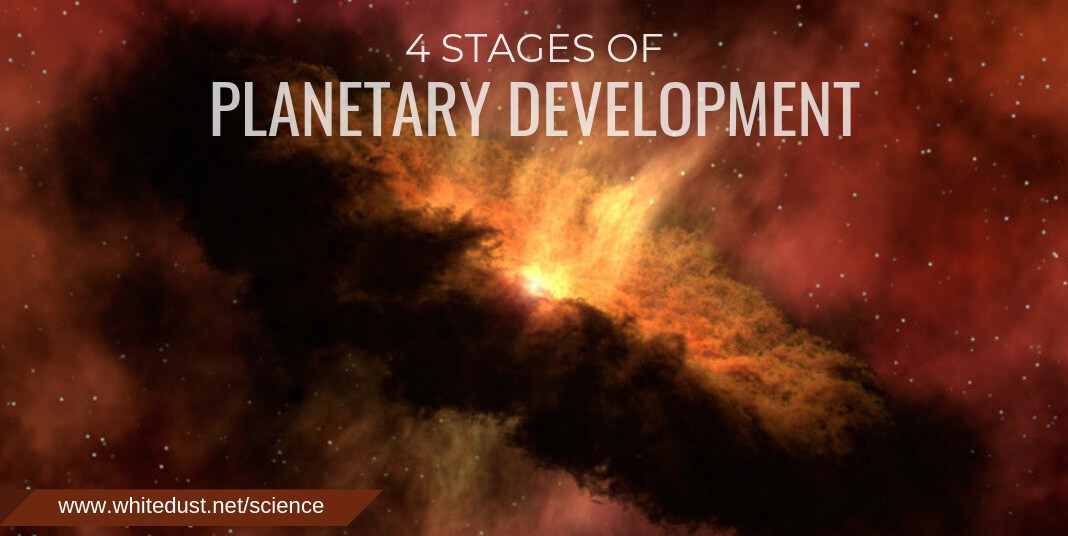 The stages of planet formation are broadly divided into four parts, Dust Sedimentation and growth, Planetesimal growth, Planetary embryo growth, and Planet growth. A different accretion mechanism dominates the growth of larger bodies in each stage.

Planets are born through the accretion of gas and dust in the nebula surrounding stars. Turbulent concentration or diffusion aids in speeding up the accretion process.

According to this theory, the relative velocities of colliding bodies match with each other, allowing the particles to build up in size at a much faster rate. The coagulant dust produces a host of pebbles and boulders due to Turbulent diffusion.

The nebular gases exercise friction on the planetesimals since the gases are pressure supported and orbit at a slower velocity than planetesimals. Moreover, further growth of planetesimals increases their impact velocities during the binary collision. This reduces their energy even more till they drop out of orbit and spiral towards the sun.

Also Read: What Will Happen When The Sun Die? Everything Will Ends?

This form of accretion is called Runaway accretion and results in the accretion of smaller ones by the largest planetesimal at a consistently increasing rate due to their broader impact cross-section and gravitational field.

Mixing of materials over vast radial distances occur in this phase. The chemical composition of terrestrial planets and the presence of water are all determined by the interactions occurring between embryos and planetesimals.

There is also a significant chance for the ejection of a large portion of materials from embryos due to the high velocity of impact and large size of participants.

Although we have come a long way in bettering our understanding of planetary formation in recent years, we still lack much information that can lead us to conclusively prove this theory, since the events happen for billions of years.

The Kepler telescope which was launched with the sole objective of searching for Earth-like planets has discovered a large number of terrestrial planets outside our solar system in recent years.

The planets only have a short window of time to form ultimately. Once their star initiates fusion reaction, strong solar winds radiate from the star, which blows away all nebula forming gases to outer space and only planets and asteroids that are already formed survive.

Missed a point or want to ask something? The comment section is all yours; feel free to write to me.

Useful Hacks to Up Your Online Study Game During the Pandemic

Investigating The Power Of The Laser!