Contents hide
1 A Brief History Of The Last Egyptian Dictator- Pharaoh(Firon) Life & Death
2 What does it mean to be a pharaoh? Who is the most famous Pharaoh?
3 How did Fir’aun(Pharaoh) treat his own people?
4 What made Pharaoh (Fir’aun) Arrogant?
5 What Happen to Pharaoh later on?
6 What have researchers found about Fir’aun(Pharaoh)?
7 What has been told in the holy Quran?
8 How Moses escape from Egypt
9 Conclusion

(Fir’aun)Pharaoh was an Egyptian king. He was the most wicked dictator ever existed on this earth. He was very selfish and arrogant. He was also very rude and atheist. He had so much ego and arrogance that he forced the people of his time to believe and worship him as a god.

It is believed that the pharaoh’s death was the most tragedic death on this earth. He started considering himself as the creator of this world. 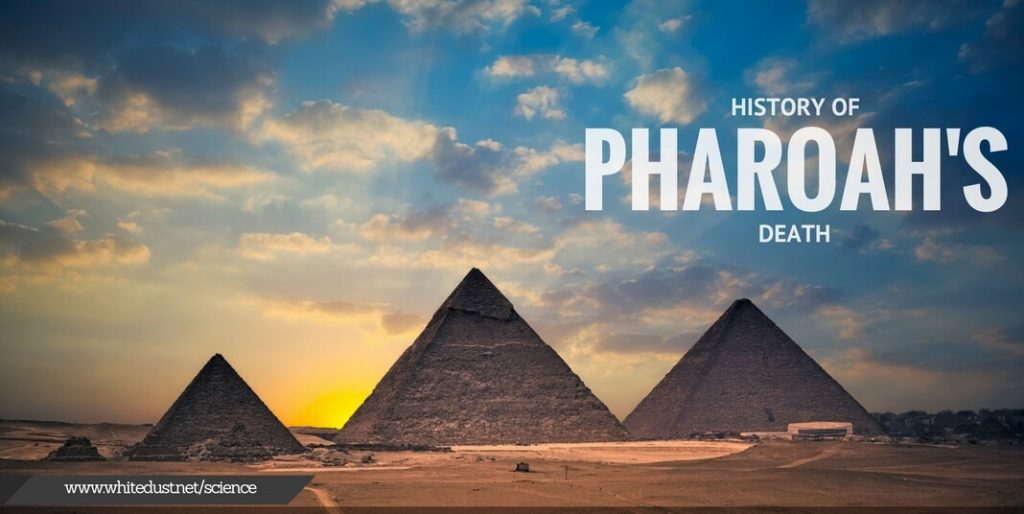 What does it mean to be a pharaoh? Who is the most famous Pharaoh?

Earlier the word Pharaoh was used with reference to a specific building of the court or palace but, later it was referred to a person belonging to high status or from the royal family. The word Pharaoh is written with the two biliteral hieroglyphs “house” and “column”, meaning “great” or “high”.

(Fir’aun)Pharaoh was an oppressor and an arrogant king of Egypt who ruled for several years and was a very famous pharaoh because of his cruelty. He had a wife and had no children of his own.

As time passed and there was only one strong man who claimed himself to be the greatest and the most powerful. People used to pray to him as he claimed to be the God.

He is the only(Fir’aun)Pharaoh who comes to our mind when we talk about the pharaoh in Egypt.

He has perpetrated monstrous crimes on this Earth. His crimes have brought him a disgrace to this extent that people don’t even want to look at him twice. He looks to be the ugliest and rotten just because of his behavior.

How did Fir’aun(Pharaoh) treat his own people?

The Egyptians believed pharaoh to be intermediary between the gods and the world of men. As a divine ruler, the pharaoh was the savior of the god-given order, called maat.

They were made to worship pharaoh as he claimed to be the only God. He was responsible for his people’s economic and spiritual welfare and disburse justice to his subjects.

Pharaoh strongly encouraged and practiced slavery. He ruled over people who were known as “Banu-Israel,” i.e., children of Israel. They were beaten and tortured to build great monuments and statues of the pharaohs.

Many years ago even before the birth of Moses, Pharaoh had this astrology that a male child born in his kingdom would be the reason for his downfall and death.

Hence from then onwards he gave a command that, any male children being born in that year were to be killed in the cradle itself.

When Moses’s mother came to know that the army of Pharaoh was coming for him, she put Moses in a cane basket and set him in the river Nile. It might surprise you to know that Moses (may peace and blessings be upon him) was an adopted child of Pharaoh.

The basket in which Moses was laid, came in the vicinity of the royal palace of Pharaoh(Fir’aun).

Pharaoh’s wife who was an extremely kind lady saw this baby in the basket and went into the water to fetch him.

She requested pharaoh to keep the child as a prince in the royal palace itself. It was only a coincidence that a lady was to be hired to breastfeed this young one, hence the birth mother was appointed as she was a milking mother.

What made Pharaoh (Fir’aun) Arrogant?

It was completely the power and high lineage that Pharaoh was arrogant about. Pharaoh had a court in which he had some magicians too.

He also knew some spells, but it could not lead him far beyond limits. The same thing has been mention on Holy Quran also. 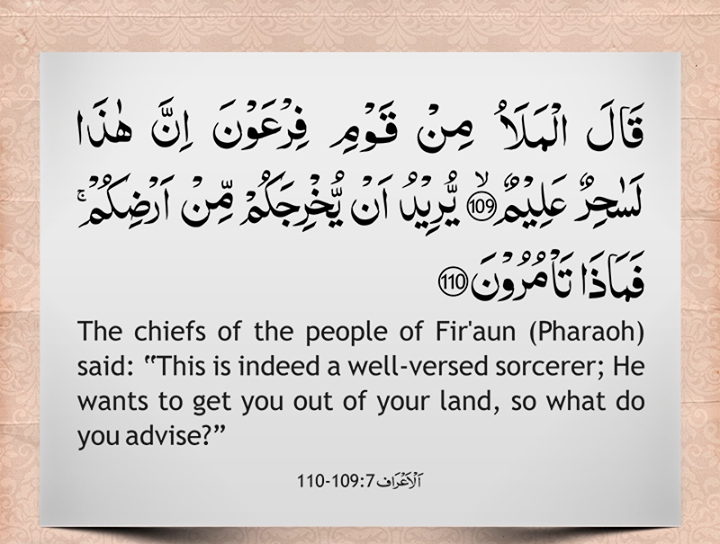 What Happen to Pharaoh later on?

You would have read about pharao in the old testimony and many other religious books that it was his claim to be the God which took his life.

In the Holy Quran which is a religious book of Islam, it is mentioned that Pharao has not been accepted by water, land and even air. That is why God still preserved his body, and the body will remain the same until doomsday.

He is a living-dead example to all mankind so that, they too don’t become heedless of the truth that there is no other god other than Allah.

What have researchers found about Fir’aun(Pharaoh)?

According to many researchers, it is a miracle for scientists to see a well preserved dead corpse even after centuries.

Dr. Maurice Bucaille one of the heads of researchers in France got a chance to conduct research on the dead mummy of Pharaoh after the late French president Fransisco Mitra took over France in1981.

The people of France appealed to the Egyptian government to organize the display of the mummy of Pharaoh for laboratory and archaeological examinations.

The French president and all misters were the royal attendants who bowed in respect before the mummy. After the ceremony the mummy was taken to the archaeology center of France into a specially-designed sector. Then it was brought under observation and tests by the greatest French archaeologists, anatomical scientists for further study and discovery of such a grandmummy.

When they received the mummy, they conducted several examinations as to how the dead body has still been preserved?

Later they came to know that the body had drowned in the sea and hence the salt remains were found.

Professor Maurice Bucaille was the head of the scientist’s team. He was mainly concerned about the reason behind the death of mummy’s death! Late night the report was out from the results of analysis of the mummy’s body.

It was mentioned in the report that the leftover salts in mummy is an unconcealed evidence that it was drawn in the sea, and the body was escaped very shortly and then saved.

The French government returned the body back to Egypt.

Dr. Maurice was still not satisfied with the results of the experiment. He had more questions and wanted to know more about what happened during the death of Pharaoh.

From this conversation, one can get a clear picture of Pharaoh’s self-centered nature.

“when moses came to them with clear signs,they said this is nothing but sorcery faked up:never did we hear the like among our fathers of old!”
Moses said: “my lord knows the best who it is that comes with guidance from him and whose end will be best in the hereafter:certain it is that the wrong doers will not prosper”
Pharaoh said: “O chiefs! No god do I know for you but myself: therefore,O Haman! Light me out of clay, and build me a lofty place,that I may mount uo to the god of Moses:but as far as I am concerned, I think (Moses) is a liar!”

-From the chapter in the Quran 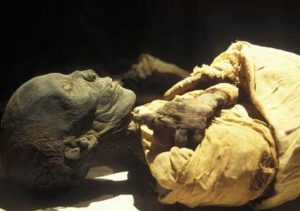 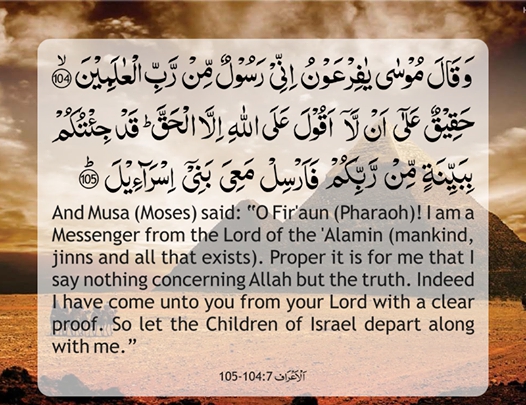 What has been told in the holy Quran?

t to know that Muslims did have some knowledge about the reasons behind Pharaoh’s miserable death. Yet he denied accepting that it cannot be that possible to investigate more about this tragedy without the use, development of qualitative science and technology which includes complex laboratories and systems.

Professor Maurice was dazzled and surprised on learning that Muslims believed in a holy book called “Quran” in which it was narrated all about the drowning of Pharaoh and the preservation of his body to indicate the sign to mankind.

He wondered that how could a book of 1400 years ago narrate about the death of Pharaoh which was just discovered about 200 years ago.

After listening to this, he went through the Holy Quran and read more about Firon.

Dr. Maurice Bucaille came to know it has been told in the holy Quraan 14000 years ago that Allah will preserve the dead body of Pharaoh (Firon) as an example to entire mankind until doomsday so that many heedless people take the example of the pharaoh and realize what their role is towards Allah.

After this, he accepted Islam as his religion and became a Muslim then onwards.

Something that was still troubling professor’s mind was that how could this mummy have been preserved and saved than any other mummy in spite of being taken out from the sea until the present time.

Professor Maurice jotted the final report according to his thoughts on discovery about the preservation of pharaoh’s body shortly after his death and embalming it.

How Moses escape from Egypt

While Dr. Maurice read the Holy Quraan, he came across the verses where it has been told the story how pharaoh’s army chased Moses and the children of Israel.

When Moses came to the sea, he had no ship or boat to escape, no bridge to cross the sea.

Allah commanded Moses to place his stick on to the ground near the water.

When he placed the stick to the ground, the red sea split into two and the water separated from each other. This made it possible for the children of Israel to cross the entire sea and reach to the other side.

When Pharaoh and his army came to capture the Banu Israel while they were escaping from Egypt. Allah ordered to remove the stick, and the water came back together, hence the entire army along with Pharaoh (Firon) drowned in the water.

Later when God commanded the water expelled pharaoh’s body out of the sea after several days.

From then onwards his body has neither been buried or drowned. Even the air denies accepting the body.

So the final conclusion about pharaoh’s miserable death was his own ego and pride which made him think that he would be eternal. His and his followers were plunged into the sea as a mark of an end of those who do wrong. 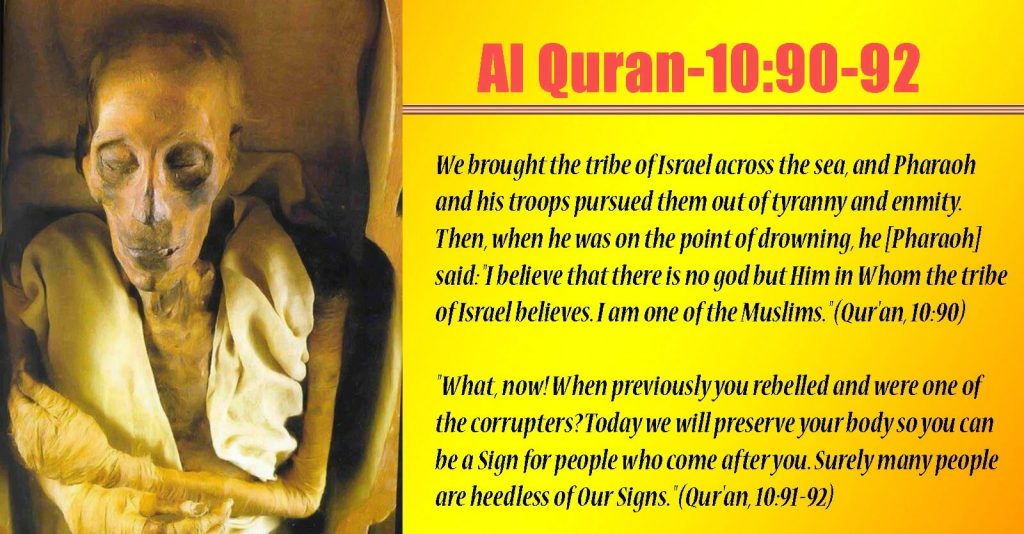 Hence the mummy of Pharaoh is a sign of mankind when they get onto the sinner’s.

What Is CRISPR And How Can It Edit Your DNA?