Noah’s Ark has always been an eye-grabbing mystery to the people from past till date. Before describing Noah’s Ark, here is a brief introduction to Noah’s life.

Lamech was the name of Noah’s father. Details about Noah’s mother are not yet known. Noah was a good patriarchal. After five hundred years Noah had three sons namely- Shem, Ham, and Japheth. Noah was a very simple man who believed only in the oneness of the entire community to kneel down before their creator who is not found in idols. 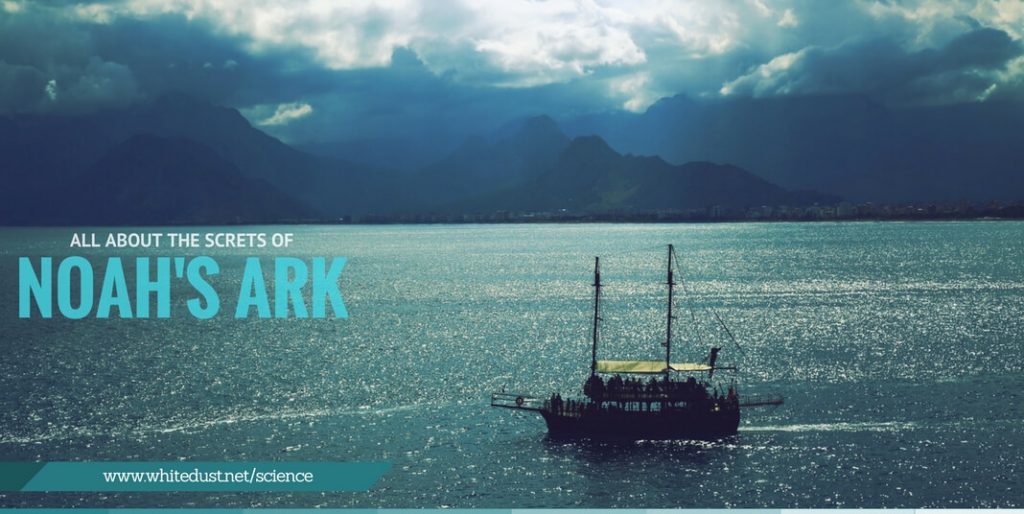 Noah was one of the great messengers of Allah who have ben sent to guide people to the right path. Prophet Noah was born in the era where people worshiped idols as their god. Prophet Noah spread the message of God (Allah) on non-worshipping of the idols. He was put onto the land between the superstitious people to bring awareness about what sins they were committing. There were very fewer acceptors of Prophet Noah’s words. Most of the people were against him, abused him openly in public. Prophet Noah continued his preaching and kept on warning people to ask forgiveness to the only God, Allah. Perhaps people carried on with their sins turning their ears off on all that prophet Noah explained.

According to Quran(holy book of Muslims)

Allah the Almighty tells us in the Quran (what means): “And We had certainly sent Nooh(Noah) to his people, [saying]: ‘Indeed, I am to you a clear warner. That you not worship except Allah. Indeed, I fear for you the punishment of a painful day.’ So the eminent among those who disbelieved from his people said: ‘We do not see you but as a man like ourselves, and we do not see you followed except by those who are the lowest of us [and] at first suggestion. And we do not see in you over us any merit; rather, we think you are a liar.'” [Quran: 11:25-27]

As the sins and superstitious beliefs were taking up, prophet Noah got fed up and requested Allah to destroy his (Allah’s) disbelievers. Allah accepted his request and decided to destroy them with a very destructive calamity so that it would wash away all of them along with their sins and superstitious thoughts. Allah instructed Prophet Noah to build an ark and gather his believers along with remnants of species of different animals that is male and female animals. Prophet Noah again warned people about the destructive floods and requested them to face Allah and seek forgiveness. 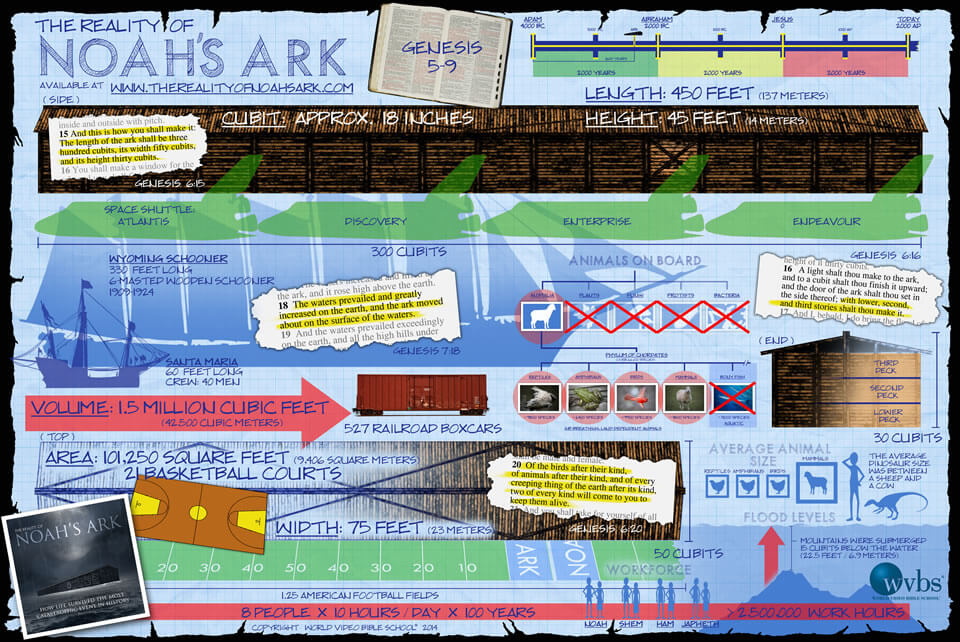 Following the commands of Allah, Prophet Noah made a large vessel, gathered species of all kinds, he also asked all his followers to join him and take the shelter in his boat. Prophet Noah, they prepared together with the organisms in the deck to encounter the massive calamity.

The remaining people, disbelievers on the land, witnessed a huge drizzle followed by a tremendous rainfall leading to massive floods. Gradually all of them realized that Prophet Noah’s words came true. They started feeling guilty over their sins n mourned for help, but it had been too late now as the time to rectify their mistakes had also passed. The massive flood persisted for many days destroying the complete terrestrial materials along with the people . on the other hand, Prophet Noah’s boat prolonged its journey, the vessel kept floating for about 150 days. Prophet Noah sent a dove out to know if there is any place for them to land, the dove returned as a sign of peace. Finally, the boat came to rest on the mountains of Ararat and subsequent receding of the waters.

According to the Quran:

Nooh(noah), may Allah exalt his mention, appealed to them saying (what means):“O my people! I ask not of you for it any wealth. My reward is not but from Allah. And I am not one to drive away those who have believed. Indeed, they will meet their Lord, but I see that you are a people behaving ignorantly. And O my people! Who would protect me from Allah if I drove them away? Then will you not be reminded? And I do not tell you that I have the depositories [containing the provision] of Allah or that I know the unseen, nor do I tell you that I am an angel, nor do I say of those upon whom your eyes look down that Allah will never grant them any good. Allah is most knowing of what is within their souls. Indeed, I would then be among the wrongdoers [i.e., the unjust].'” [Quran: 11:29-31] Source: http://www.islamweb.net/en/article/109242/the-story-of-prophet-nooh-i

Nooh, may Allah exalt his mention, refuted the arguments of the disbelievers with the noble knowledge of the prophets. It is the logic of intellect that rids itself of personal pride and interests.

This devastating misfortune washed off the entire land with sins and sinners. 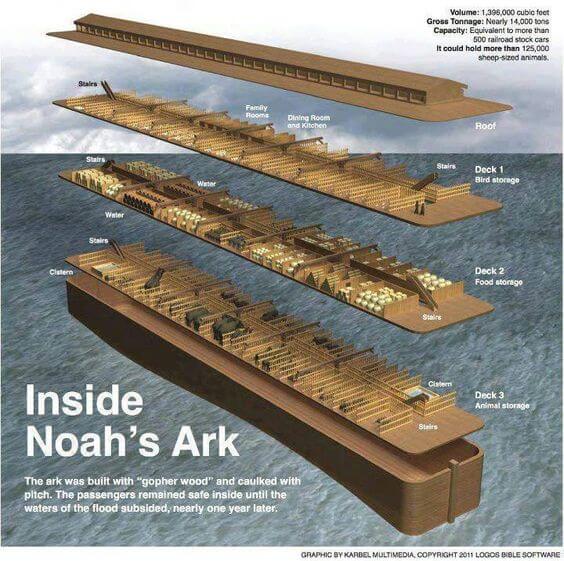 Prophet Noah built an altar and worshiped the almighty after exiting from the ark. Allah was pleased with Noah promising him that he’ll never again get floods on the earth to destroy it. As a symbol of assurance, Allah sited the rainbow in the sky as a sign of peace. Later the descendants, followers of Noah and his sons filled the earth, species of animals multiplied and occupied a new peaceful land. Thus when the Prophet Noah’s ark came to rest, gave birth to a new kind of world again.

Above is the narrative secret behind Noah’s Ark which was later discovered by the excavating team on the Mount Ararat.

After millions of years passed by, the discovery of Noah’s Ark confirmed the past events about Prophet Noah(messenger of Allah).

Noah’s ark discovered was a boat shaped one, with a pointed bow and rounded stern. The length also had an approximation of about 515 feet. As described in the Holy Quran, it was found resting on a mountain in eastern Turkey on Mount Ararat. This contained petrified wood which was verified by the lab analysis. High-tech metal alloy fittings and all other fittings were proved as a man made metals. Further excavations led to the discovery of vertical rib timbers on its sides which comprised the skeletal superstructure of the boat. Vertical deck supporting beams and horizontal patterns were also observed on the deck of the ark.

There was a great establishment of the ancient village below the lofty mountain giving us the picture about the livelihood spread after that the resting of Noah’s Ark. All these scientific evidence pave the way for the event that had occurred millions of years ago.

According to the Bible:-

Solution for our Mosquito problem?