Period cramp also known as menstrual cramp is the sensation of pain that is felt by the women during on or before the menstrual period. The pain that occurs during the period varies from teen to teen. It can be very light for some teen while for others it would be the most painful period. In younger women, it can occur without any specific reason while in older women it occurs due to some medical problems such as endometriosis, uterine fibroids. The difficulties that women face can be described as two types. One is the primary difficulty which generally occurs in the lower abdomen region and the other is the secondary difficulty which occurs due to medical problems such as endometriosis, uterine fibroids. 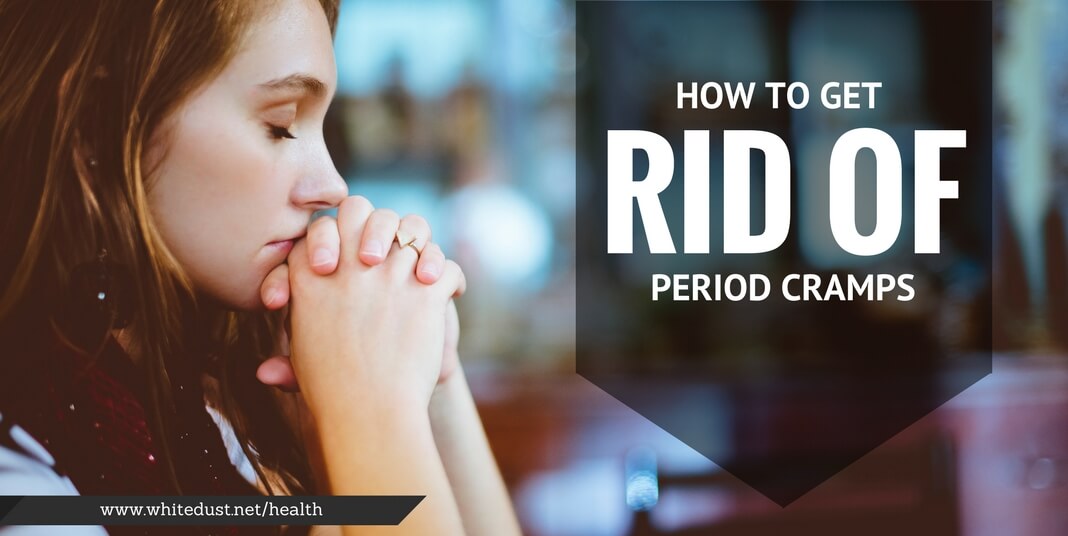 The main idea of getting rid of the period cramps is to help regulate the blood flow in the lower abdomen, normalize the smooth muscle contraction, & also decrease the cramps.  You can try one at a time and can observe which approach can work best for you, or you can also try them all together to achieve the maximum reduction in the cramps. Below are some of the steps you can follow to relieve the period pain and also get rid of the cramps fast without any side effects.

WHAT IS THE MAIN CAUSE OF PERIOD CRAMP?

Period cramp is mainly caused due to endometriosis. It is a condition in which the lining of the uterus thickens during the menstrual cycle. The cause of endometriosis is unknown. However, one possible theory explains that endometriosis is caused due to retrograde menstruation. However, it is not true in all the cases. There are four stages of endometriosis depending upon the exact location, extent, and depth of the endometriosis implants. They are minimal, mild, moderate and severe. Its symptoms include the pelvic pain, painful sexual intercourse, pain during urination, pain in the lower abdomen region, chronic fatigue, blood urine. From the studies, it has been found that a woman with endometriosis has a higher chance of having ovarian cancer known as epithelial ovarian cancer. There has not been any specific reason found behind this. However, some doctors say that endometriosis is related to genetic factors which cause ovarian cancer. Some of the medical problems are also responsible for causing menstrual cramp. They are Pelvic inflammatory disease, Uterine fibroids, Adenomyosis.

Also Check, WHAT DOES YOUR PEE SAYS ABOUT YOU

HOW DOES THE PAIN OCCUR DURING PERIOD CRAMPS?

Prostaglandins, which is found in the uterus lining is released during menstruation due to the destruction of endometrial cells. The release of prostaglandins causes the uterus to contract which restrict the blood supply to the endometrium due to which it dies. The uterine contraction continues until all the dead endometrium cells are released through the vagina. This continues contraction of the uterus is responsible for the pain. 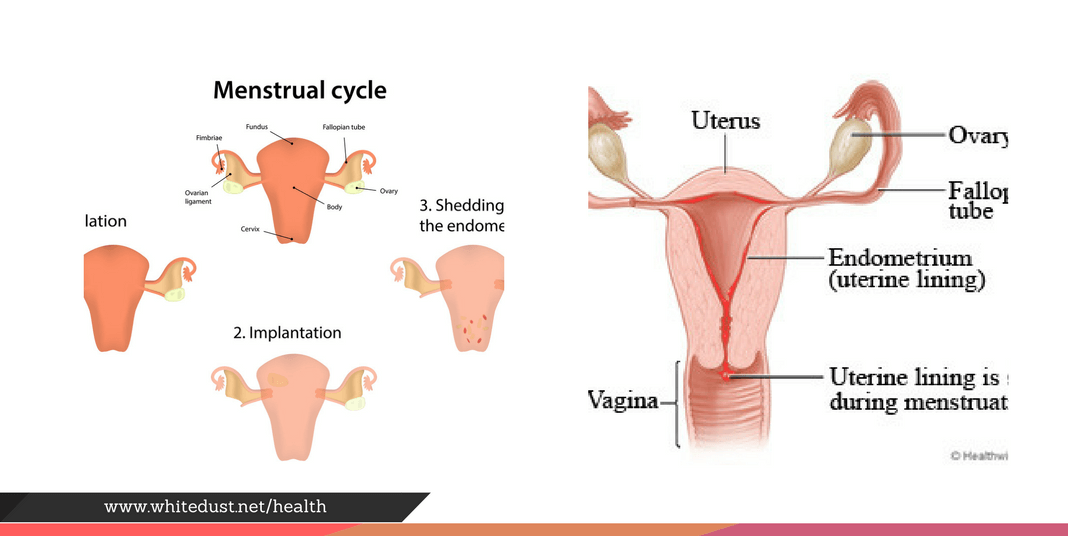 WHO SUFFERS FROM PERIOD CRAMPS?

It has been found that almost all women suffer from menstrual cramp. However, the severity of pain varies. Girls who smoke or consume alcohols suffer more severe pain. It has also been found that if a girl’s female relative also has a period cramp then she would suffer from more pain.

Ultrasound uses sound waves of very high frequency to create an image of the uterus.

Another most powerful technique is CT scan or magnetic resonance imaging. It is more powerful than ultrasound. It gives more detailed description of the problem. A CT scan combines the x-ray images and produces the cross-sectional images of the tissue in the body. MRI uses radio waves and powerful magnetic field to produce the image of the internal structure of the body.

Another technique is Laparoscopy which is used in detecting problems such as endometriosis, adhesions.

2. TREATMENT USING METHODS AND PILLS: – The second step is the treatment using method and pills. It includes intake of pain relievers, hormonal birth control, and surgery. Pain relievers such as ibuprofen, Advil, Motrin IB is taken during period cramp to reduce the pain. However, it must be used after the recommendation by the doctor.

Hormonal birth control includes the intake of birth control pills to control birth. They contain hormones which prevent ovulation. The hormones can be injected in the body through injection, flexible ring inserted into the vagina.

The most common used technique is surgery which removes all the symptoms of period cramps.

In most of the cases, women can themselves understand the pain. One can also put her steps forward in making them relief from pain. She must take proper balanced diet and must have a proper sleep. If she is addicted to any kind of drugs then she should immediately leave it. She must take proper care of her body. She must do exercises daily. If she is not able to do the bulk exercises then she should do that exercise which she can easily do. These all are small steps which she could herself follow during period cramps. If she is using oral pills then she should, first of all, take the advice of the doctor. 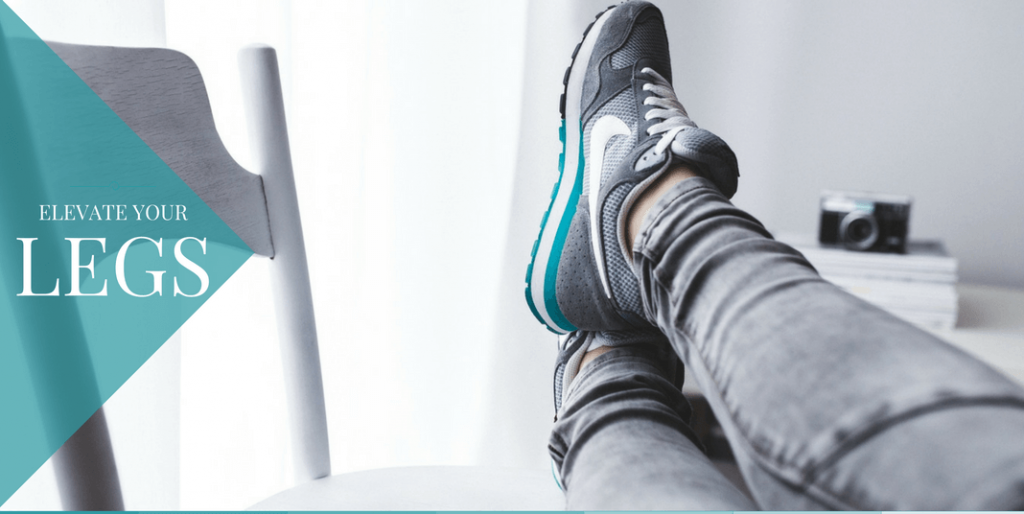 Keep your legs a foot or two above the rest of the body with the help of pillows. This will force the uterine muscles to relax and reduce the menstrual cramps.

Massage your front of the abdomen, working back to the lower back by taking help of others; this will reduce a lot the pain for some time.

Walking is a practical & easy way and the best remedy for pain associated with menstrual cramping. For best and efficient results, walk briskly, and do the exercise for 30 minutes and cycle at least three times a day. Walking will help to get your beta-endorphins going, as well as it reduces the prostaglandins, this, in turn, decreases the menstrual cramps.

4) GO JOGGING FOR A LITTLE BIT 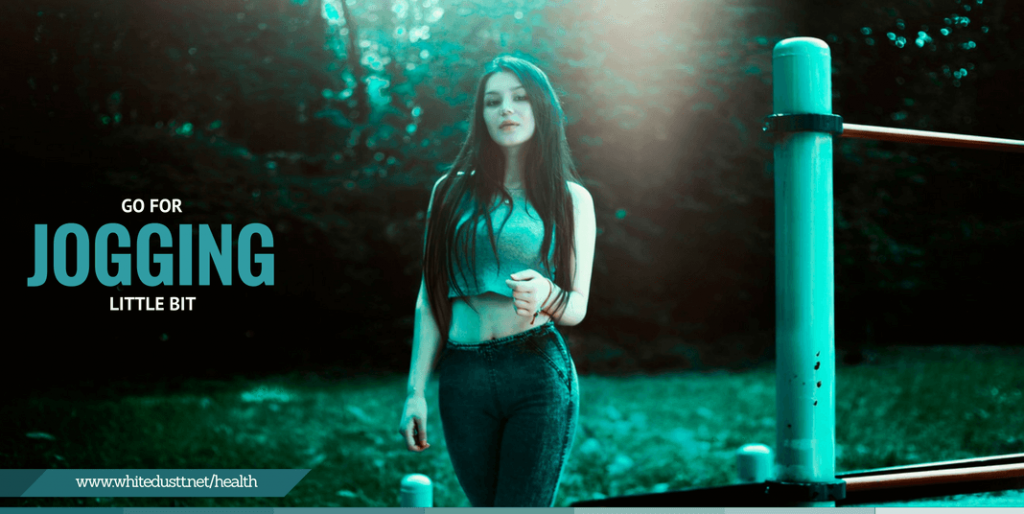 Going for jogging every day will reduce the period cramps gradually. Jogging will give you enough exercise to keep in less pain. You can try for other forms of the aerobic exercise. Some of the below exercises can be all the best remedy to decrease the pain.

An alternate remedy is by keeping a hot water bottle or heating pad on your lower back.

Painful menstrual cramps can also be prevented originally before they start to bother you. Avoid the following practices may also help to give you a break from the menstrual cramping before you even have to deal with it:
•       Tobacco, alcohol & other stimulants
•       Inactivity
•       Stress

Take calcium & magnesium supplements on a daily basis throughout the month, as these nutrients will work in concert to aid the muscle relaxation. You need to aim for the total of about 1000mg of calcium daily, and also up to 500mg of magnesium on a daily basis.  If you experience loose stools by taking calcium and magnesium supplements, you can slightly decrease the dose of supplements. You can use calcium citrate because it will tend to be more quickly absorbed into the system when compared with the calcium carbonate.

Dark green leafy vegetables are a good dietary source of the magnesium, calcium & many other micronutrients.  These nutrients are very essential for mediating the muscle contractions. Generally, in Chinese dietary therapy, dark leafy and green vegetables were also considered as a mildly cleansing, that is what our body needs in a “stagnation” condition. Some of the green vegetables like dandelion greens these are very bitter, but are very helpful and also have a mild diuretic effect, which decreases bloating and period cramps.

9) CUT DOWN ON COFFEE 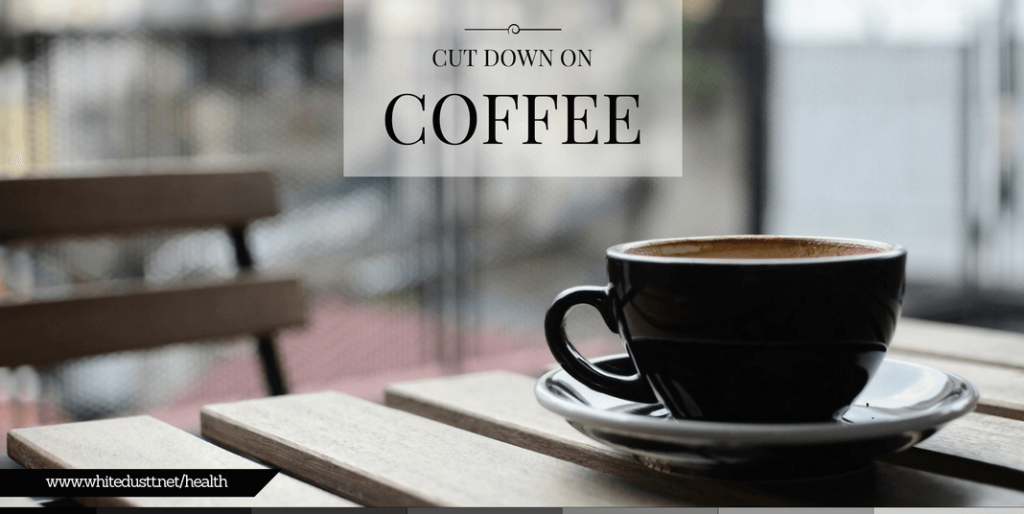 Caffeine-containing food, mainly coffee, is a well-known vasoconstrictor, it makes the blood vessels constrict.  Indeed, it may also cause the vessels which feed the uterus to tighten more than what they do in non-coffee drinkers.  If you are a diehard drinker of coffee & cannot cut it out permanently, then try to avoid it just in a week before your period & see if you observe a change in reduction of cramps.

Q1. CAN MISSING BIRTH PILLS CAN CAUSE CRAMPING?

Yes, the missing birth pills can definitely cause cramping. If it is advised by the doctor to take the pills regularly then one should regularly take it. Leaving the pills in the middle can cause adverse effects on one’s body.

Q2. WHAT ONE SHOULD DO TO GET RELIEF FROM PAIN DURING PERIOD CRAMPS?

There are many things which one can do to get relief from pain. One can take the oral pills during the periods. One can also use the heating pad which remove the pain chemicals from the affected part of the body.

Injured at Work? Here Is What You Can Do to Receive...