We are not far from that day when our world going to be end,everybody knows about this fact that a day will come in far away future when some possibilities will arise that may become a reason of our world’s end.After a great research on this scientists have found 5 reasonable way that could become the reason of our world’s end.We are part of that world where we having more possibilities on those things which have been predicted or hypothesis yet as compare to those approved theories in which we are living in.Not now but in a far far future,a day will definitely come when our world reach it’s last moment or you can everything in this planet going to be end.So far it is now confirmed end will come soon,but how world could ends?This is the main question for everyone who thinking about it.Well here are the 5 possibilities in which one of them may going become the reason of our world’s end. 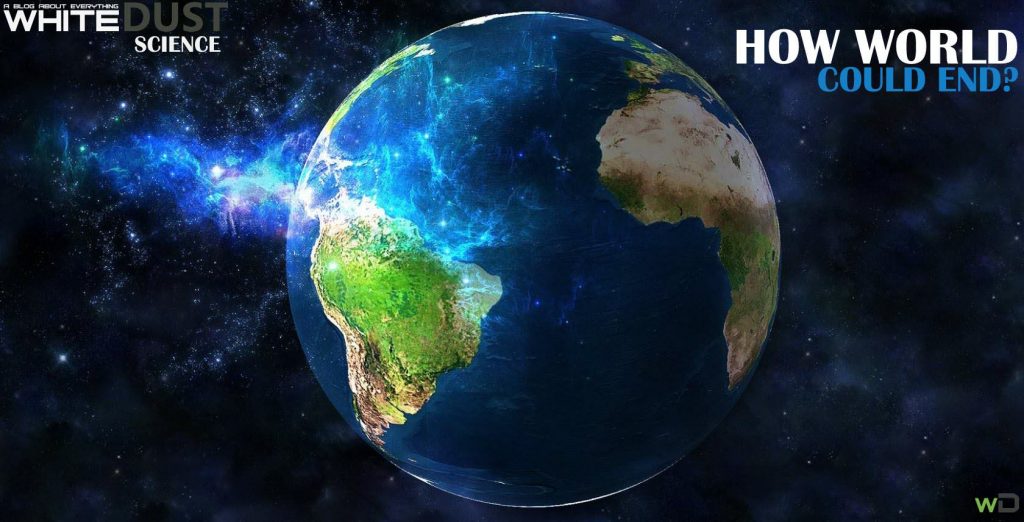 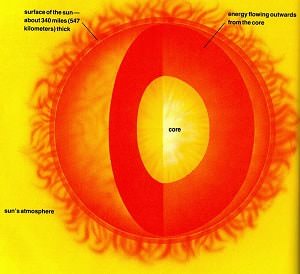 Right now our sun is most stable part of our solar system and having so many billions years of life in it but a day definitely will come when our sun runs out of hydrogen which going to result in the compression of core of the sun.Leaving on helium our sun starts compressing from the centre and which in turns allows the outer edge of the sun to expands.If our sun’s outer edge expands then definitely it engulfs our planet which is straight to the point answer.Right now our sun already lived for 4.5 billion of years but after few billion(More 3-4 Billion) of years it become a red giant and now you know what going to be happen when it becomes red giant sun,of course compression of centre of sun and expansion of outer edge.So result is going to very simple ,it engulfs all the nearest planets which includes our earth also.

This is the very first reason that could become possibilities of our world’s end.

We remember how dinosaurs got end up by a giant asteroid which hits the earth 65 million years ago,well that was the past.There are more then thousands of asteroid which moving towards the earth in which several 100 of them could be our threats.In which out of these several 100 asteroids some of them are much bigger then the previous asteroids which hitted the earth at the time of dinosaurs.Well it will take 100-1000 of years to reach near to our planet.Till that time we may find a solution to break this asteroids before hitting our planet but its just a hypothesis for now to think about this.We definitely can’t destroy a giant upcoming asteroids but like all scientists says there are some hypothetical possibilities.

Before 70 thousand years ago super giant volcano erupted which was the cause of volcanic winter lasting around like six to ten years and potentially thousand years of cool Imperium.The Super volcano which was erupted was located Lake Tauba in Indonesia,there are around six known super volcanoes situated currently on earth. In all six of them the one under Yellowstone National Park skewed over a thousand cubic meters of concentrated lava in a single eruption 60040000 years ago.Scientists estimated by their calculation that 87000 people die instantly if it erupted again today. 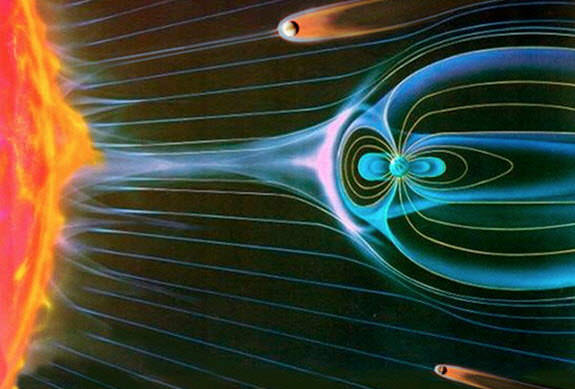 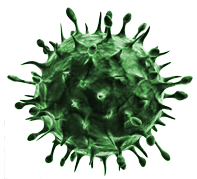 As many as 200 million people die from the black death in the 14th century,half Europe’s population died over the course of four years from that one disease,health epidemics can be devastated and even now with the benefit of modern medicine if a deadly disease suddenly developed or terrorist group released a mutated virus it would take months for researchers to develop a new vaccine or drug and even then there’s no promise that would be affected.Just a single virus eruption leads whole nation death or maybe whole continent,as it depends on the type of virus.As we know about current most dangerous virus which is of course ,ebola ,killing millions of people in africa but at the time we have control on that so for right is not our threat.Well there is not estimated time as it can be happen on anytime ,nobody knows who making a virus like this but it will come soon.

All these disasters events have already happened before ,If it happens before then probably it going to be happen again soon.

Thanks for reading how world could end article ,if you any confusion in your mind then please make us now about it by commenting down section below.Thanks for your time!