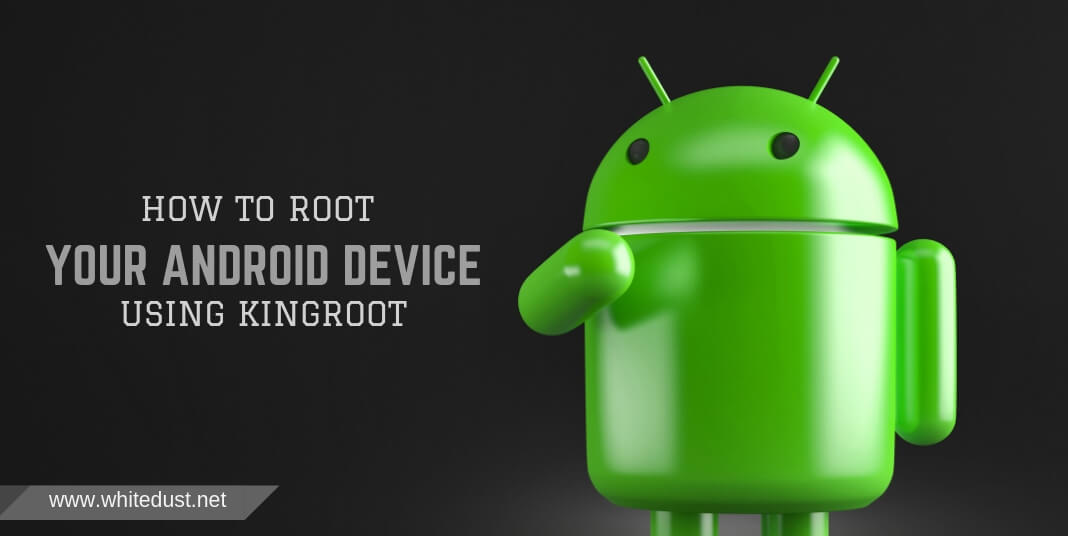 Want to get the best out of your smartphone? Rooting your phone can get you the results. Also, give you unparalleled access to your device. It also unlocks a lot of customisation options that are not available by default.

There are numerous ways to root your Android device. However, most of them are complicated and risky. If you are someone like me, with no technical know-how, it is recommended to root your device by using a rooting software.

As we head onto the crux of the article, let me remind you that rooting also does come with a few risks.

Let us first understand what exactly rooting is, followed by a few benefits and drawbacks of having your device rooted.

What exactly is Rooting?

Rooting has become a household name with the Android revolution sweeping the world. But a question pops up! What does Rooting mean?

When Android phones were first introduced to the world, it failed to live up to the expectations. There was a myriad of bloatware preinstalled, and the manufacturers heavily tweaked the OS.

They wasted the device processing power, and battery life and performance was affected the most. Then, a small number of tech geeks found the solution to overcome this problem and called it as Rooting.

Unlike Windows, Android does not grant entry to its root directory out of the box. Rooting is basically a method to give superuser access to the user of the android device. It permits to access the root directory of the device.

A root user or superuser has complete control over the phone and can change anything, or remove anything and has permission to access functions and directories in your device including your operating system which was not possible before.

Rooting permits the user to install software on your device or make changes to the operating system of the device, which the manufacturer would not allow typically.

Benefits of Rooting a Device

Gaining root access on your Android is similar to running Windows as an Administrator. You can make any changes in the way the OS operates, and you will have complete access to the system directory.

As a part of rooting, you will need to install a usage manager. Usage manager is a tool that is the gatekeeper for root access on your phone. When an app requests root access, it will send a request to the usage manager, and you need to approve it using the root manager.

Rooting can give you a myriad of options on your device. Most Android devices come with bloatware or pre-installed apps from the manufacturer.

Even if you don’t use it, you won’t be able to delete or disable those apps if you do not have root access. Rooting also gives the option to modify the user interface.

Ad blocking software also requires root access to function. Having root access ensures that you will never lose anything from your device again. You can restore deleted files as well as make full backups of your apps and systems.

Drawbacks of Rooting a Device

Although rooting can give some prodigious perks to your Android experience, there are some backlashes to this if not done properly. The drawbacks can be grouped under the following three main categories: 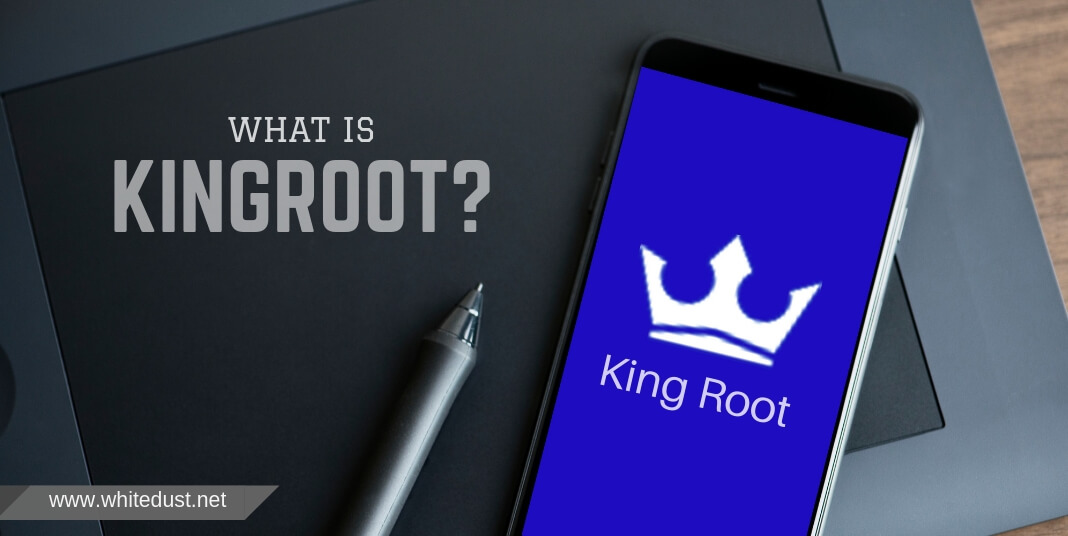 Kingroot is one of the best one-click rooting applications out there. With this tool, you can root your android device with just a series of clicks, instead of going through the entire rooting process. And the best part is, Kingroot apk is absolutely free!

The traditional rooting procedure for Android involves unlocking the bootloader of the device, using a custom recovery such as TWRP (Team Win Recovery Project) recovery and flashing the root script from the recovery mode. The process takes more than 30 minutes, and there is the risk of bricking your device if the process is not done correctly.

With Kingroot, rooting requires just a click in the app and your device will be rooted in a matter of seconds. KingRoot boosts your smartphone even faster and powerful with the power of root. Currently, KingRoot can root any device operating on Android 3 or above including Android Lollipop, Nougat, Oreo and Pie.

KingRoot’s Purify is a tool for optimizing the Android OS, which is integrated into the Kingroot app. Purify can help save battery life, increase device standby time, improve speed and return your device to its pure state.

Purify only works with root access, so you need to root your device before you can use it. The option to archive notifications and a clean notification bar are also some of the features of Purify. 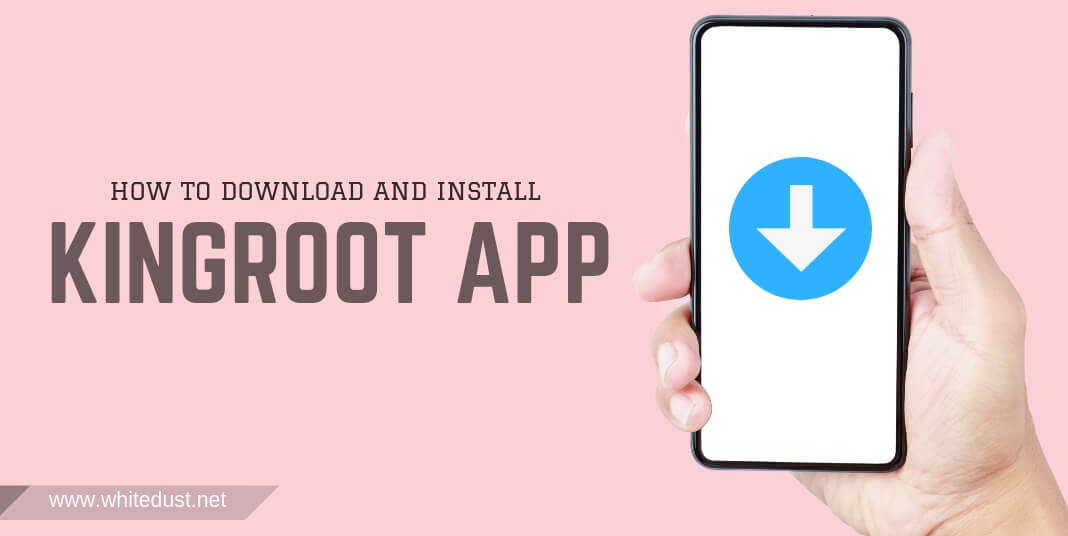 Android devices don’t come rooted for a reason. In fact, device manufacturers and Google go out of their way to prevent you from rooting. The primary reasons for this are –

Rooting a device makes the default security features in Android to be ineffective as root apps have more access to your system. This may result in leakage of your personal information like your banking details.

Most manufacturers will void the warranty of your device if you have rooted it.

Rooting is a delicate process. If you mess up while you are rooting your device, there is a high probability that you will render your device unusable.

Due to these reasons, Google has not only discarded the app out of the play store but has also blocked its website from its Chrome browser. Even if you find the Kingroot APK on other sources, Google will not allow you to install it on your Android device.

But fret not, I will guide you through the steps for installing this app on your device.

Step 2: Enable the option to install apps from third-party or unknown sources on your Android device. Go to the settings in your device and then head into security. Scroll down and mark the checkbox which says “Install from unknown sources”, and you are good to go.

Step 3: Disable any Anti-virus applications in your device before beginning the installation. There is a chance that it will detect the application as malware due to the algorithms present in Kingroot.

Step 4: Download the latest version of Kingroot apk from the official Kingroot website and install the application by going to the download location inside your device.

Step 5: You will have the option of launching Kingroot once the installation is finished.

Alternatively, you can also root your device through your personal computer. For this, just download the windows version of the app and install it on your PC. Now connect your Android device to the PC with a USB, and you are ready to start rooting.

How To Root Your Android Phone Using KingRoot

Rooting can be done in two ways on your android device using Kingroot. The first method is through the Android Apk and the second one is through the Windows application.

Rooting your Android device with the Kingroot Android app

Rooting Your Android Device With The Kingroot Windows App 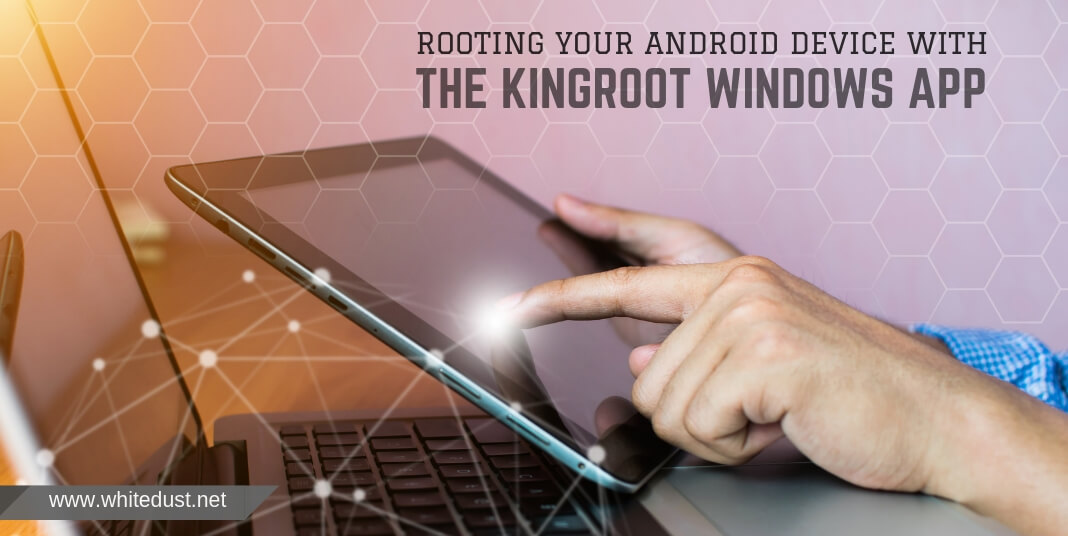 Rooting your Android device through PC is extremely simple by using the Kingroot PC application. All you have to do is connect your device to your PC with a USB cable, and you are good to go. It is recommended to check your device in the list of supported devices to confirm if Kingroot supports it.

Nonetheless, you can root our device through the Windows app by following the steps below.

Step 1: Download the Windows version of KingRoot in your PC.

Step 2: Install KingRoot on PC, make sure that the antivirus is disabled before attempting installation

Step 3: Connect your Android device with the PC via USB and make sure that the USB Debugging option is enabled.

Step 4: After installing KingRoot on PC, open the application, and it will show you the root status of your device.

Step 5: Click on “Start To Root” to begin rooting your device.

Step 6: This will take a few moments, and the application will let you know once the device is rooted.

Albeit KingRoot is tiny in size and free from malware and bloatware, it does not bog down your device.

Here are some of its salient features:

But, it is highly recommended to download the latest version from the official KingRoot website. The latest version available at the moment is Version 5.3.5. It supports all the android versions upwards of Android 3.

KingRoot Studios, the company behind the Kingroot app, was started by a group of young professionals who were intrigued by the underlying system of Android devices. They were skilled in optimizing the mobile OS, especially Android, to make it more faster and purer.

More than that, they want everyone to have a chance at enjoying the convenience which is based on the underlying program technology. They dedicate themselves to developing apps that can improve the user experience of Android and lets users have complete control over their devices.

Rooting is highly recommended to unlock the full potential of your Android device. KingRoot is one of the safest and easiest ways to root your device. Its clean UI is easy to understand and use. By removing the bloatware and clearing the RAM, the device gets optimized to run much faster. The battery life is also extended, allowing you to continue using your device without the need to charge every once in a while.

The PC version of KingRoot is even more effective as the app is stored on your PC instead of your device. Further, rooting unleashes the unlimited customization options that are locked by default on Android devices. It has been conclusively proven that Kingroot is one of the best rooting apps currently available. So, if you are planning to root your Android device, there is no reason to look any further than the Kingroot app.

Also Read: Best Smartphone Apps For Study. How Can Your Smartphone Help You?

Rooting weakens the Android security system as it provides apps with access to the root directory of your device. Luckily, KingRoot strengthens the security system through its unique Root security protection engine. This offers real-time multi-layer protection for the mobile system, which keeps your mobile phone far from malicious attacks, protects your data and information security, and guarantees the security of your online transactions. Moreover, it is strongly recommended to start the Kingroot app every once in a while after rooting for optimizing the device security.

You can still benefit within the warranty period from the device manufacturer’s warranty after the root is thoroughly removed. You will need to consult the official customer service of the related mobile phone manufacturer for confirmation as each mobile manufacturer operates by their own warranty policies and test conditions.

Your root may become invalid mainly due to these three reasons.

How Can MITRE ATT&CK Matrices Enhance Your Security In 2021

Best free software everyone should have on their PC

Is hinge app better than tinder? Facts that you must know...