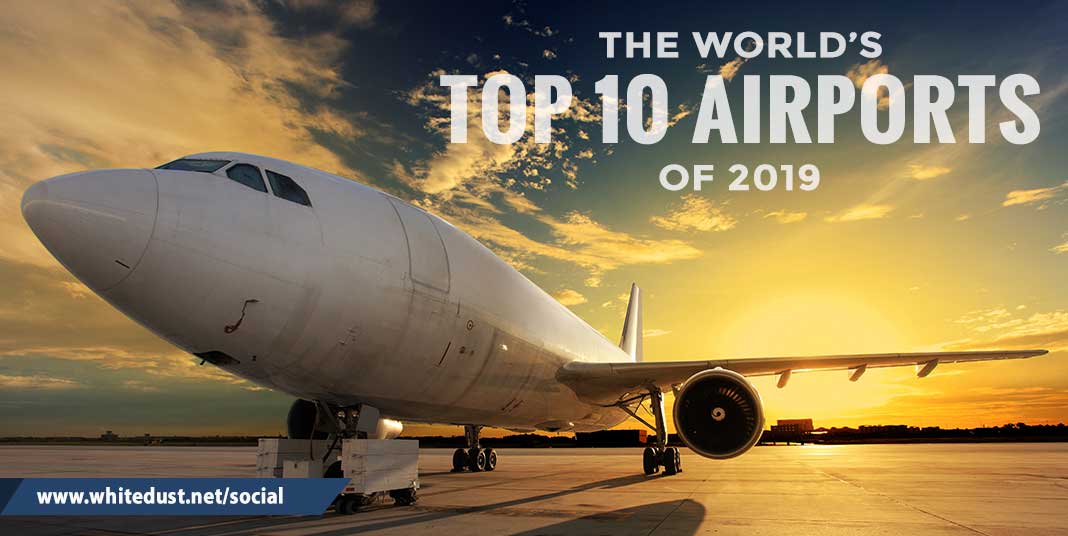 Are you tired of traveling in slow trains or overcrowded highways? Do you want to enjoy a fast, luxurious, and convenient travel? Think no further than airplanes. Airplanes these days have become safe, reliable, fast, and luxurious. They can commute between destinations easily as they are not restricted by any kind of terrain.

Along with airplanes, airports across the world have evolved too. They now do a lot more than just serve as a resting place for waiting passengers and give flight information. Even the most basic airports these days provide additional facilities like taxi or bus stands, duty-free shops, and WiFi hotspots.

This international airport is located in the city of Zurich in Switzerland. It was built in 1948, just a few years after the end of the second world war but it has undergone many expansions since then. This airport covers a breathtaking 916 hectares! It has three terminals for domestic, regional and international flights.

The automatic check-in facility at this airport saves people a lot of time. There is a well-facilitated observation deck at terminal B with several chairs and sofas. Passengers can have a panoramic view of the airport from the observation deck. You can watch several flights take off from and land at the airport and take your mind off problems.

You can take a guided tour of the airport for a fee. Lounges are available for business class travelers so that they can relax and refresh before their long flights. The lounges have sleeping cabins in case you have a lot of time to kill and want to take a nap before your long flight.

Also Read: The Most Beautiful Airports In The World

If you a citizen of the UK, you would be proud of this airport as it is the second busiest airport in the world next only to the famous Dubai international airport. This airport handled 80.1 million passengers, 15 million tonnes of cargo and 4.7 million aircraft during 2018. This airport has five terminals handling domestic, regional and international flights. 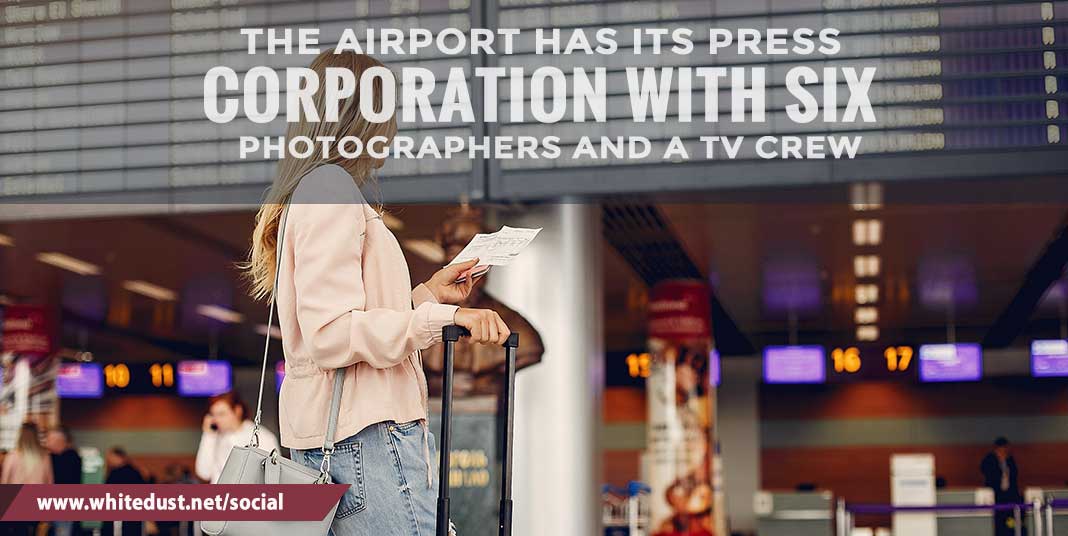 Only Changi airport in Singapore has these many terminals. It’s a matter of pride for Heathrow airport. This airport presently has two parallel runways that run east to west. British Airways and Virgin Atlantic use this airport as their operating hub. The airport has its press corporation with six photographers and a TV crew which informs major newspapers and news channels.

In case you are a business class traveler, there is a comfortable lounge at both terminals in this airport. The lounges have sleeping rooms in case you want to rest your bones before or after a long flight. Numerous computer work station kiosks are also present in the lounges (at each terminal) in case you have some official work to complete or want to surf the internet for fun.

Lounges in this airport are equipped with bathrooms, which are also well facilitated in case you need to take a bath and refresh yourself before a long flight. Very few international airports have this facility in their lounges. So that’s a thumbs up to the intelligent and industrious Germans. A couple of trains connect the two terminals of the airport.

This airport is located on an island to the south of Nagoya in Japan. Now, this goes to show how dedicated and hard-working people of Japan are. This must have been built purely due to the rising demand for international commutation in Japan. Out of the ten airports on our list, a whopping three international airports are from Japan.

This is the eighth busiest airport in the world. During 2018, this airport handled 12.4 million passengers and 16.2 million tonnes of cargo. This airport covers an impressive 1,600 hectares and has two terminals. Currency exchange machines and children’s play areas are present in both terminals. Even to board a cab, you need the pay the driver in the local currency.

This airport has clinics at both its terminals. So in case you are unwell and need to consult a doctor or simply need to restock your regular medicines, you can do so at the clinics in this airport. Very few airports have clinics at their terminals so that’s a thumbs up for the considerate Japanese people.

Now it’s time for Chinese entry into the list. This airport is built on the island of Chek Lap Kok and was inaugurated in 1998. It took seven years to finish the construction of this airport. Now that speaks volumes about the size of this airport. In fact, this airport covers 1,255 hectares, which is pretty massive.

During 2018, this airport handled 68.5 million passengers and 5.1 million tonnes of cargo. The majority of its flights fly to Asian and African countries. This airport has two terminals and two runways.

The check-in counters at this airport give their passengers a meal voucher worth 75 Hong Kong dollars that they can spend at the myriad restaurants at the airport. Now, who wouldn’t like to spend that voucher on a delicacy they had been longing to try? You can try quite a few new dishes and desserts with that amount.

How can an oil-rich nation not make it in this list? This airport is located in the city of Doha in Qatar. This airport has two terminals and two parallel runways. There are a couple of train lines that connect both the terminals. The special fact is that the trains are driven by a computer. This airport was given a 5-star rating recently due to its capacity and the unique facilities provided.

During 2018, this airport handled 40 million passengers, 5 million tonnes of cargo and 200,000 aircraft. The airport has a modern lounge (Al Mahal lounge) for business class travelers. Numerous computer work station kiosks are present in the lounges at each terminal. So if you have to complete some official work, book a hotel room or simply listen to some music.

Quite a few Asian airports on this list. This airport is located in the city of Incheon, 50 kilometers to the south of the South Korean capital, Seoul. For this reason, it is also called Seoul Incheon International Airport. This airport has two terminals and two runways. The airport occupies a whopping 2,938 hectares.

Another Japanese Airport! This airport is located in the capital city of Japan, Tokyo. Hence, it’s also known as Tokyo International Airport. This airport was inaugurated in 1955 and started handling international flights from 1963. During 2010, this airport handled a whopping 90 million passengers and 15 million tonnes of cargo.

Finally, we have arrived at the best airport in the world! This airport is located in the Changi area in the city of Singapore. The airport occupies 1300 hectares. This airport once handled 65.6 million passengers and 10 million tonnes of cargo. This airport has five terminals and three runways.

A cable car system connects all five terminals of the airport. This is a relief since walking between any of the five terminals would have been a nightmare for tourists. Even with conveyor belts at regular intervals in the airport, it’s difficult. Special facilities at this airport include a Free Singapore Virtual Tour Machine at all terminals. 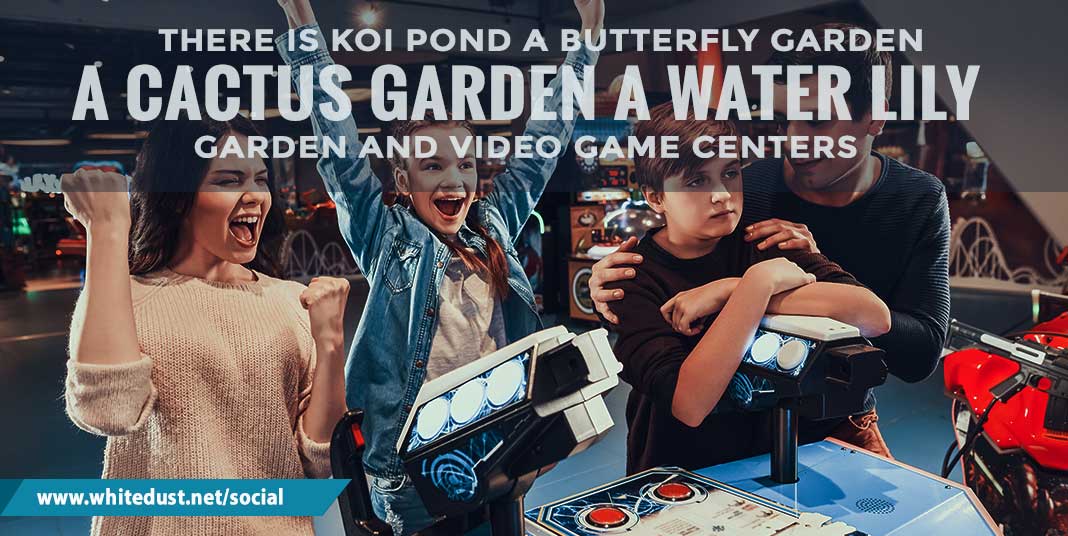 Some of the main attractions of this airport are as explained. There is Koi Pond, a butterfly garden, a cactus garden, a water lily garden, a sunflower garden, a cloud forest, video game centers, and an Inox movie theater at the various terminals in the airport. The airport is also filled with beautiful art sculptures.

All of the international airports in the world are swanky, luxurious, and well-facilitated. Waiting for flights in them is a pleasure and not a burden. They are not something the common man can afford. So if you are lucky enough to travel in flights via one of these international airports, share insight so that we can enjoy it.

Life is So Manic – Use These Hacks to Help You...

The Facts About the Pomeranian