Top 5 Richest People in The World

According to a layman, a rich person is one who lives and spends lavishly. Financial experts determine the financial status of a person by assessing different factors such as income, investments, savings, assets, gains and by deducting liabilities and expenditures. Some people amass lump sum amount of wealth in their lifetime. Usually, the media professionals organise a contest to choose the wealthiest person in the world. Most of the wealthiest people of the world are rich today because they possess a multi-national organisation and have invested in most reputed financial institutions or companies. Some of them even work as respectable professionals to world-famous entities apart from possessing large corporate sectors. But, the following top rich people of the world are rich by undergoing sheer hardships and learning about life at every stage of their career. So, the well-known magazine Forbes has chosen the following 10 people as the wealthiest people in the world. 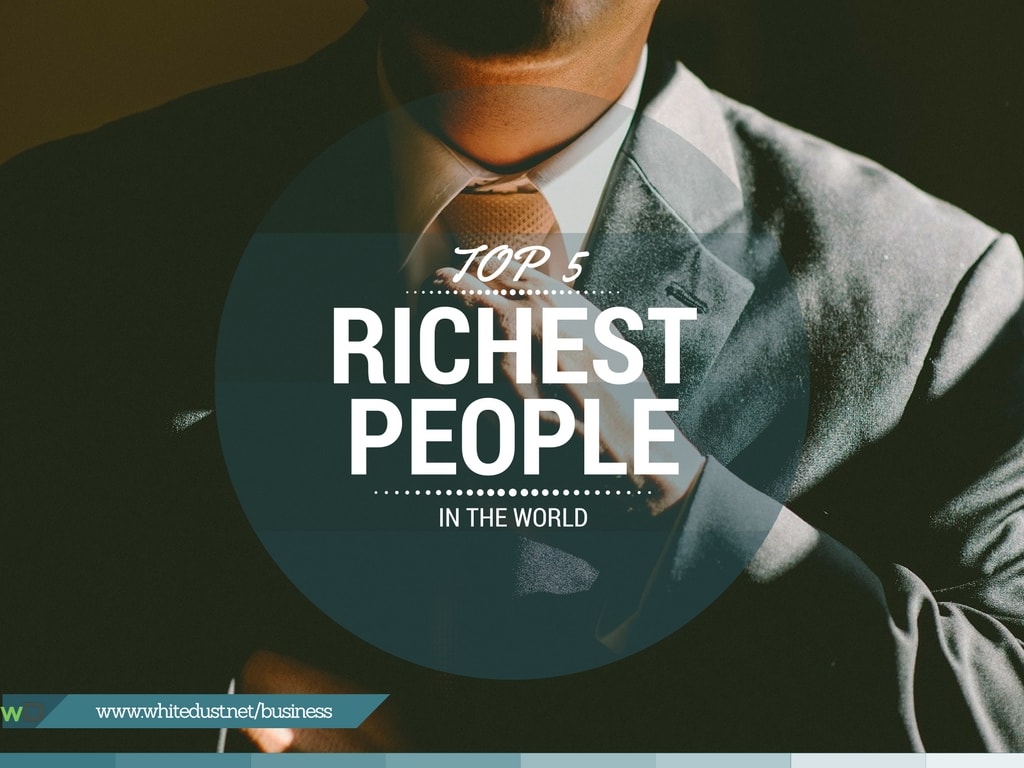 Ranking of The Richest People in The World 2016: 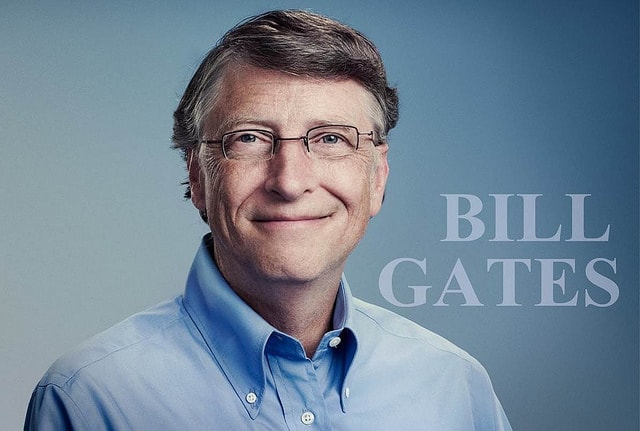 So, Bill Gates is ranked as the richest person in the world who has accumulated wealth net worth $75 Billion as estimated in 2016. He is the founder and proprietor of a world-famous entity named Microsoft. He possesses 2.5% of the total wealth of Microsoft and has invested in most reputed firms of the world such as Canadian Railway, Deere and company, Republic services, Ecolab and Impossible Foods. He became even popular when he declared that he is commencing an association with a group of billionaires across the state that aims to produce clean and innovative energy and is named as Breakthrough Energy Coalition. Although he was a dropout from Harvard University, he became a world-famous tycoon today just because he is a serious thinker. He is married to Melinda and is blessed with 3 children. Since 2000 he is the chief executive officer of Microsoft and works as a chief software architect with Craig Mundie and Ray Ozzie. Since, February 2014, he is working as a technology adviser for Satya Nadella to assist the new CEO of the firm. 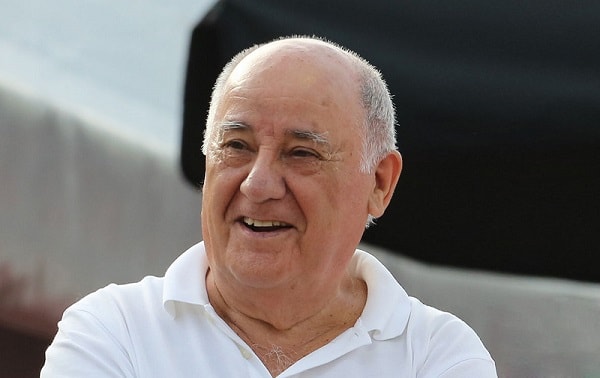 This founder of Zara is considered as the richest man in Europe and has amassed a wealth of net worth $67 Billion, although he maintains a very low profile in real life. In 1963, he commenced a small business unit for manufacturing textiles and he merged with Zara in 1975 and he expanded in unit throughout Europe in mid-1980’s. Then he opened a retail outlet in U.S. in 1989 and hence gained momentum in retailing. The Zara unit is known as an outlet for clothing and accessories. Today, he owns three world-famous retail outlets namely Pull & Bear, Zara and Massomi Dutti. His main strategies for becoming a successful entrepreneur was a constant expansion, reasonably advertising their products, and also controlling their supply chain. He has rigorously invested in Inditex and is the chairman of this firm since 2011 and acquires a bonus of $ 400 million every year. Apart from being an investor, he is actively working for the design and production process of the company. Right from the childhood, he knows the basic concepts of selling as he sold products such as quilted bathrobes that were manufactured by local women. He is a resident of Spain and has 3 children. But today, he is one of the world’s top richest people. 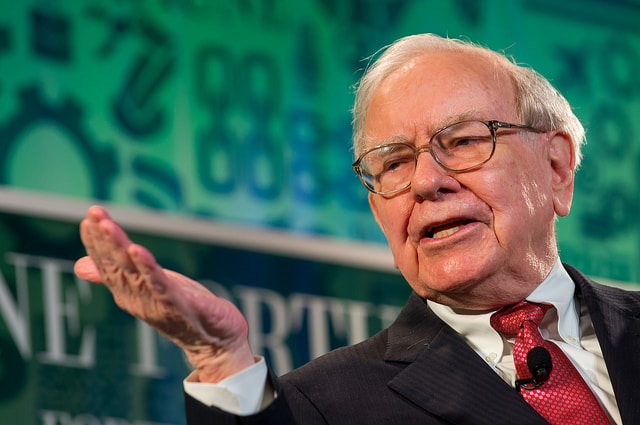 He is considered as the third wealthiest person in the world who has acquired the net worth of $60.8 Billion as estimated in 2016. Due to his utmost optimistic attitude, he is known as a well-known investor of the world. He is the chairman of Berkshire Hathaway that is engaged in diversified processes such as investment, restaurant, food processing, utilities, etc. His earnings even enhanced by investing in firms such as Philips, and 3G Capital. He has acquired stocks of hundred millions after investing in Philips and he owns companies namely Dairy Queen, Fruit of Loom, Geico and is earns today by acting as a stakeholder in IBM, Wells Fargo, and Coco Cola. Although, he is a graduate in science and arts both by studying in universities of Columbia and Nebraska, he became an investor and a business tycoon due to his sheer optimistic attitude. Besides, he is also a philanthropist and is actively participating in politics and has contributed to campaign this year. Carlos Helu is the honourable chairman of America Movil, a world-famous telecom industry and has possessed 50 billion net worth. He is also the investor in New York Times as he has acquired 17% stake. In Grupo Carso, is a financial venture that aims for improving the infrastructure of the state and Carlos is the major stakeholder of this entity. This Mexican business tycoon gave a new dimension to telecom sector by introducing new telecom regulations to raise the Mexican currency. He is a science graduate from Universidad National Autonoma Mexico and is considered as the richest person in Mexico. 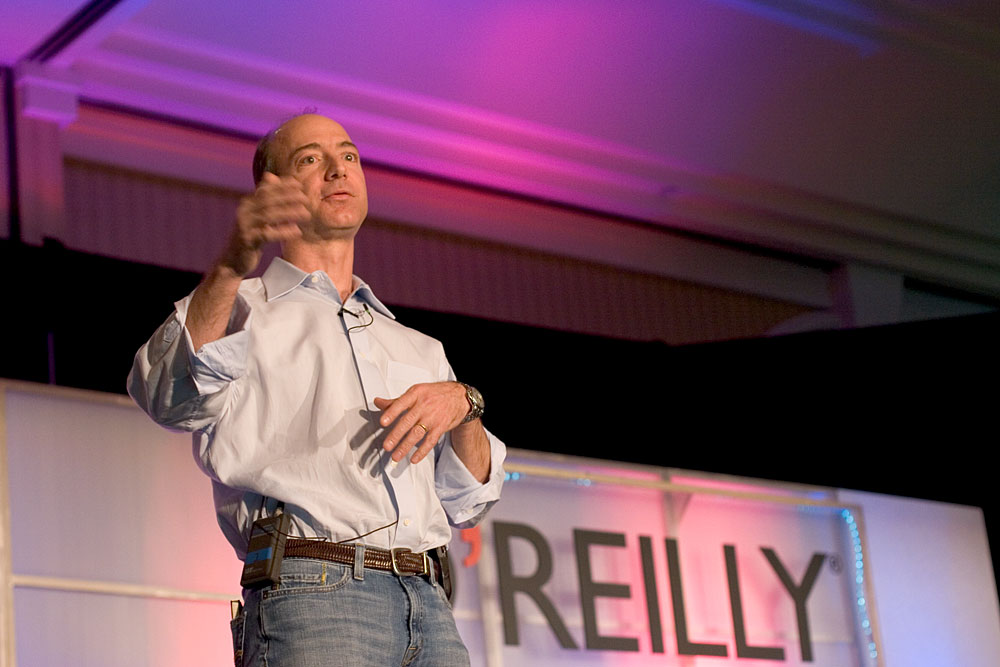 This founder and CEO of Amazon.com is the managing director of two more companies too. The e-commerce industry gained momentum when his online shopping site became popular throughout the world. Recently, he has even introduced video streaming products on his site. He also acquired an aerospace corporation that is engaged in launching a rocket into the inner orbit. In 2013, he also acquired a stake in The Washington Post newspapers. In his lifetime, he has acquired the worth of $45.2 billion as on 2016. Completing his graduation from Princeton University, initially worked as a software professional on Wall Street. Then he worked for nearly three years and began his own business unit.

Scrum Masters – What You Need to Know