For most of recorded human history, scientific research involving chemical and biological samples was a slow, cumbersome process. If you’ve ever seen an old film in a laboratory before 1950, you should know why. Scientists labored to perform experiments and medical test procedures using test tubes and similar equipment that limited how much work they could get done at any one time.

Then, in 1951, a Hungarian scientist named Dr. Gyula Takátsy changed everything. It was then that a severe influenza outbreak led to material shortages that were hampering his lab’s ability to process serum tests for the virus. To solve the problem, he invented a whole new piece of laboratory equipment – the microplate. 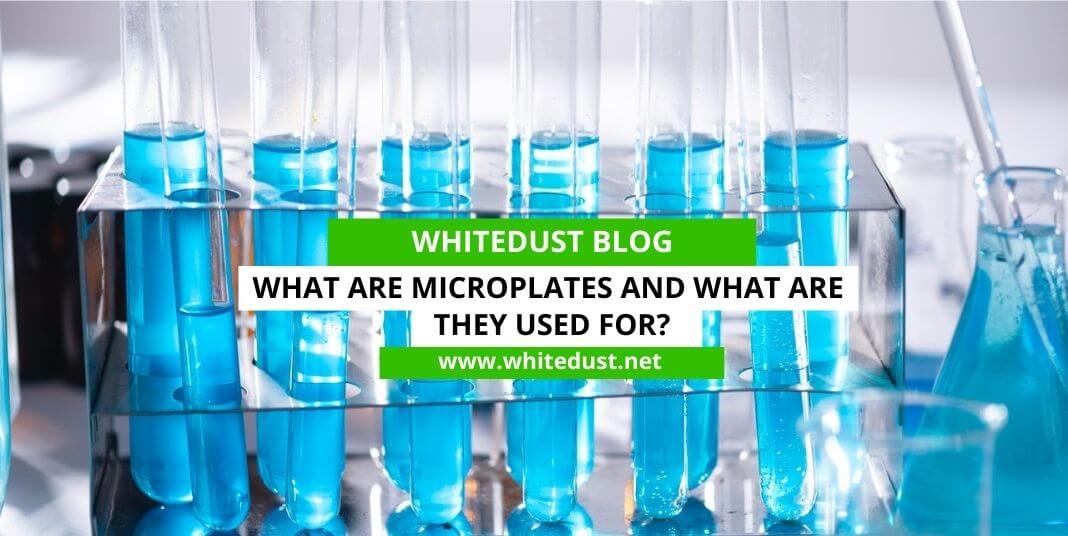 It was a breakthrough that changed the way laboratories do their work that’s still having an effect to this day. Without it, many of the world’s greatest recent scientific breakthroughs wouldn’t have been possible, and many common laboratory services we take for granted today would be far more costly and time-consuming.

What is a Microplate?

A microplate, in the simplest terms, is a flat plastic plate with multiple indentations – or wells – pressed into its surface. In effect, it’s a series of miniaturized test tubes in one small, inexpensive package. The original microplate designed by Dr. Takátsy contained an eight by twelve grid containing a total of 96 wells.

For the first time, the microplate allowed researchers to analyze numerous samples for chemical and biological reactions at once. It meant that a single microplate testing procedure could increase the output of a laboratory by several orders of magnitude. And at the same time, Dr. Takátsy also created a miniaturized system that allowed scientists to accurately and reliably fill microplates with measured samples en masse, making microplate use a simple procedure.

In the years since microplate’s invention, it has become standard equipment in every lab in the world. It also forms the basis for most common laboratory services people rely on every day. If you’ve ever had a test for an infection like HIV or even a pregnancy test – your sample was likely processed using a microplate.

How are Microplates Analyzed?

On their own, microplates would be of little use to researchers. That’s because all they accomplish is the miniaturization of samples for analysis. For that reason, a whole range of equipment developed alongside them that allows for fast analysis of microplate assays of various types. Today, the equipment used to analyze samples in microplates are collectively referred to as microplate readers. They are used to measure the properties of a given sample such as:

Measures light transmission through a sample by illuminating it with a specific wavelength of light and using a light detector to gauge how much of the original light made it through the sample. Absorbance measurements allow laboratories to test samples using colorimetry, which is the basis for a variety of assays. If you’ve heard of the recently-developed COVID-19 antibody test – then you already know of an example of a test that uses absorbance in detection.

Similar to absorbance, in that the sample is illuminated with specific wavelengths of light. But instead of measuring how much of the original light passes through the sample, the equipment measures how much of its own light the sample emits as a result. It has countless real-world uses in fields like synthetic biology and drug discovery but is also used for food and water quality testing.

The third type of microplate test also measures how much light a given sample emits, but contains no lighting of its own. A luminescence test measures how much light a sample gives off on its own when sealed in a light-tight chamber. Typically, the luminescence is produced by a chemical or biochemical reaction with a sample, which allows researchers to identify properties and compounds within it.

As you might expect, laboratories don’t have to have an individual microplate reader to perform the tests above. That’s because companies like BMGLabtech make multi-mode microplate reader models that can do all three and then some. With such equipment, a single lab can have what they need to perform a wide variety of experiments in a single, small-footprint device. And, they can do it with greater accuracy and higher speed than at any time in history.

What are Microplates Used For?

We’ve already touched upon some of the common uses of microplates in today’s laboratories, and in truth, there are so many applications that it would be impossible to go over them all in any detail. Therefore, it’s best to confine the discussion to a few, well-known examples of laboratory workflows that rely on microplates.

The first is in processes designed to isolate and identify chemical compounds that might one day be used as medication. In other words, the process of discovering new drugs. And microplates are at the heart of the state-of-the-art methodology. They’re used in the high-throughput screening process that research labs use to quickly assess how a large number of compounds might affect living cells or a known pathogen.

Microplates are also used for industrial research as well. They’re used to evaluate and refine industrial chemical compounds and components of mass-produced products. They make it faster and more cost-effective for businesses to experiment with chemical compounds by teasing out their properties and evaluating them for various purposes. They’re also integral in establishing safety data regarding toxicity and environmental impact.

But right now, there’s one particular use of microplates that has taken on enormous significance. It’s that they’re the primary equipment being used in the laboratory testing process for COVID-19 infection, as well as playing a key role in the research that will eventually lead to a viable vaccine for the disease. And this is also the clearest illustration of the impact that microplates have had on laboratory processes.

Just as in Dr Takátsy’s day, they’re the only way that laboratories could hope to accommodate the sudden overwhelming demand for their services. Without them, humanity would be flying blind in the face of a pandemic – which would have made the already enormous toll too large to even contemplate.

Also read, Everything You Need To Know About An Infected Nipple Piercing – Causes, Symptoms, Treatments

What the Future Holds

For as much scientific discovery as microplates have made possible, the best is still yet to come. That’s because microplate technology continues to develop and introduce new capabilities with each passing year. For example, today’s labs often work with microplates with far higher sample capacity than the originals. In specific circumstances, some labs even make use of microplates that can hold as many as 9600 samples at once – supercharging their work output capacity.

And one firm has even introduced a new type of microplate, in the form of an acrylic tape with wells embossed at customizable intervals. As this new array tape goes into more regular use, it will help laboratories who are embracing robotics and automation to run continuous experimentation with few, if any breaks. That will eventually transform microplate technology into the foundation for the next generation of laboratory equipment, revolutionizing processes and procedures, just as it did back in 1951.

So, the next time you marvel at how far modern laboratories have come and how much good they continue to do for the world at large, take a moment to thank Dr Gyula Takátsy. And also, to appreciate his humble microplate, without which many of our most important recent scientific advances would not have been possible.