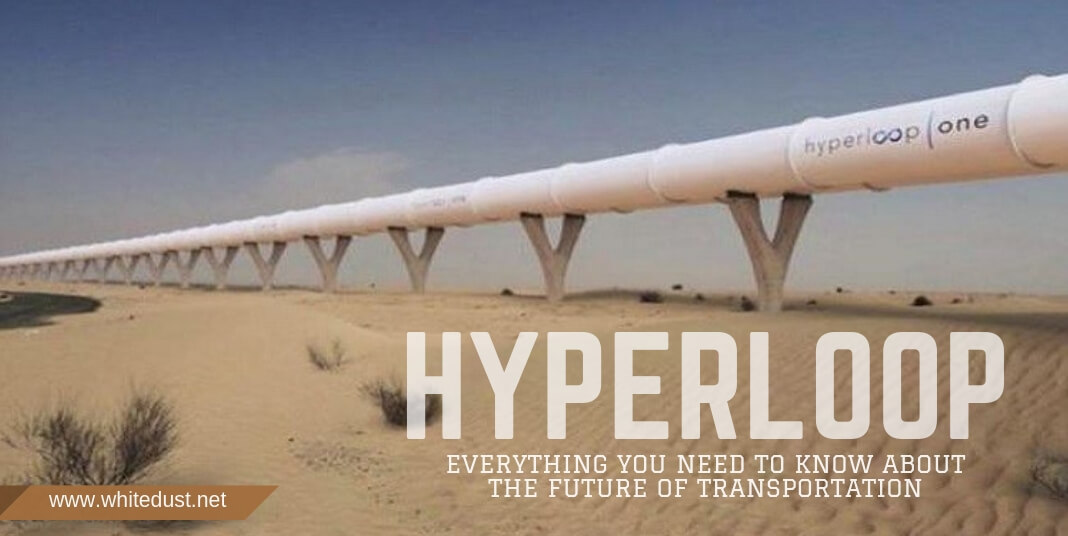 The transportation sector has seen a paradigm shift in the past few decades with the advent of new technologies. High-speed travel, in particular, has set into motion multi-million projects exemplified by magnetic levitation (Mag-lev) trains and supersonic passenger airliner (Concorde). However promising they might sound, these projects were scrapped owing to their inability to solve some of the underlying issues.

The idea of Hyperloop was initially proposed in 2012 by Elon Musk, a world-renowned entrepreneur and CEO of SpaceX and Tesla. Hyperloop was touted to be an answer for all the drawbacks of the projects as mentioned above. It was claimed that Hyperloop would be a comprehensive solution to problems like pollution and extravagance of superfast travel.

Also Read: 7 Ways That Traveling Helps You as a Person

A Brief Description of Hyperloop

Hyperloop was projected as a game-changer in the domain of ground transport by Elon Musk. In his preliminary version, Musk had put forth the idea of depressurized tubes containing velocity pods surrounded by air bearings. These capsules, propelled by linear induction motors and axial compressors, would reach speeds of 700mph.

Hyperloop is dubbed as the “fifth mode of transport,” reaching mind-boggling speeds of 760 mph and cutting down the travel time in the LA-SF route to 35 minutes. The approximate cost is said to be around $6 billion.

How Can Hyperloop Reinvent Transit? 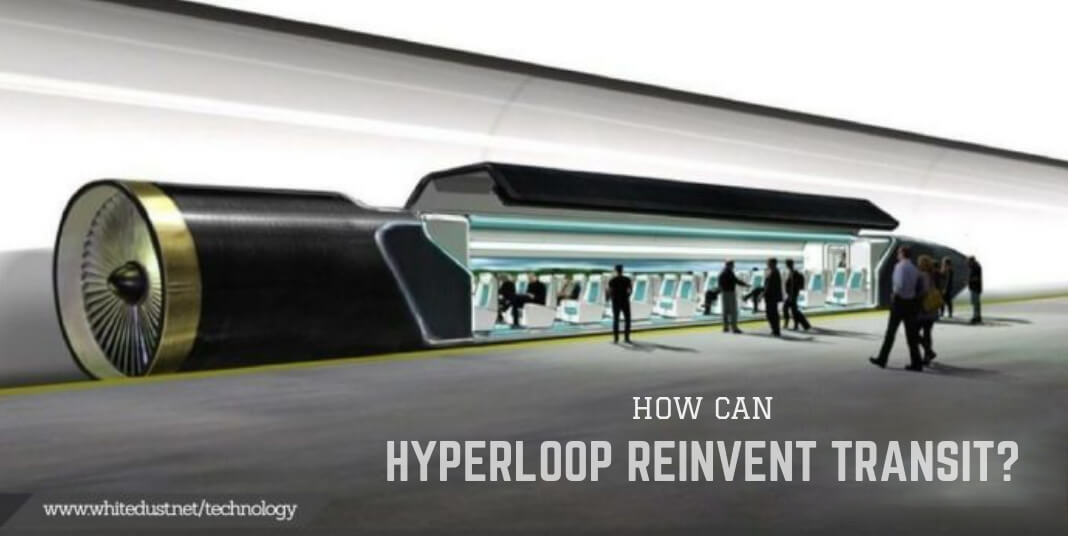 Imagine a mode of transport that is fast, affordable and has almost no carbon emissions. World’s first Hyperloop was conceived having this idea in mind.

Roadways and railways both are lackluster modes of transport as they are time-consuming and cause a lot of environmental harm. The wavering oil prices all over the world are making the situation even worse.

Hyperloop will altogether change the way we perceive mass transit. It will be a cleaner, faster and cost-effective way of travel. You will now be able to travel at subsonic speeds without burning a hole in your pocket or worrying about the noise pollution of supersonic jets. The solar panels installed above the pods will ensure minimum usage of power and almost zero carbon footprint.

One of the most prominent benefits of the Hyperloop Train is that it is environment-friendly. The US Department of Transport issued a report stating that Hyperloop could be up to six times more fuel efficient than air travel and up to three times effective as compared to the world’s fastest high-speed rail system.

In every mode of transport, overcoming the air-resistance poses the most significant challenge as a lot of the fuel is consumed due to this. Hyperloop has almost zero air-resistance in its depressurized tubes as the air-pressure is similar to 150,000 feet above the ground. Thus, the pods in the tubes can be at full tilt reaching aircraft speeds.

The critics have been skeptical about Hyperloop stating that it would send travel prices skyrocketing. However, Elon Musk had imagined a $20 price tag(excluding the operating charges) for passenger Hyperloop on the LA-SF corridor. There would be pods departing in every 30 seconds carrying 28 passengers.

The capital value and added operational costs would be spread over 20 years. The combined cost of capsules and their service would account for amount which is about 9% of the proposed passenger-only high-speed rail system. Besides, by keeping pollution, accidents and traffic congestion in check, Hyperloop would save almost 900 million euros which is a third of the initial investment of 2.7bn euros.

After Hyperloop was made open-sourced by SpaceX to encourage further development of the model a lot of private sector giants sprung up for the task. New ideas and better engineering solutions were required for commercialization of Hyperloop technologies. I have listed below a few of leading companies that are currently looking after  R&D of Hyperloop.

All the significant companies linked with Hyperloop have vaunted about its potential to boost economic growth.

Richard Branson, who recently stepped down as the chairman of Virgin Hyperloop One had said that Hyperloop would spark a shipping revolution. The overall capacity of warehouses will be increased if the shipments and deliveries are faster. The fully autonomous and extremely efficient system will provide a seamless and intelligent movement of cargo turning cities into metro stops. Trade and logistics will undergo a complete metamorphosis by the help of the Hyperloop concept.

Hyperloop will bring a drastic change in the travel sector as well. The convenience of traveling from one city to another in a few hours will completely transform the way we commute. It will be a hassle-free mode of medium-range transport which cuts down both traffic and pollution.

Hyperloop is undoubtedly much more eco-friendly as compared to any other modes of travel. A study in Germany showed that air pollutants like methane, nitrous oxide and about 140,000 tons of carbon dioxide were avoided from being released in the atmosphere. The overall statistics of pollution, congestion, and accidents per year also showed a steady decline.

A few environmental concerns like groundwater contamination remain. A group of scientists from the Transportation Sustainability Research Center at the University of California, Berkeley have investigated the influence of tunneling on aquifers. 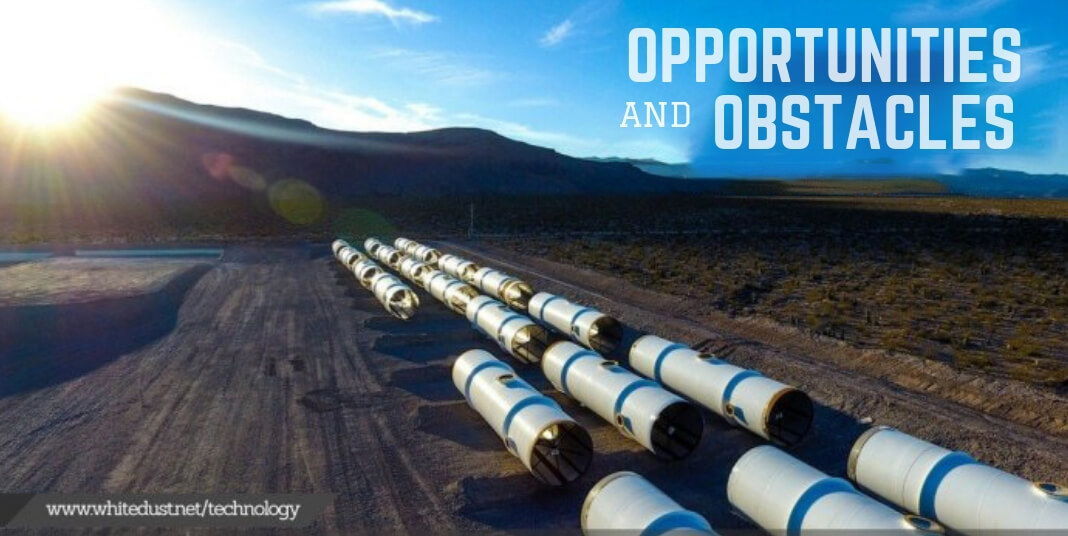 Every technology needs to be reviewed and analyzed before implementing it. Hyperloop will trigger a revolution in a wide range of sectors. However, a few daunting challenges lying ahead as well. Let us skim through some of the pros and cons of the Hyperloop.

Virgin Hyperloop One has stated that travelling in a Hyperloop pod will be similar to riding an elevator or a lift. It has assured its passengers that the G-force will be tolerable and pretty identicals to what one experiences during the take-off of Boeing 747.

However, critics have warned about the effects intense acceleration travelers might feel in the pods. The passengers may get dizzy and experience nausea.

This question remains unanswered as of now. There are a lot of promising points regarding the idea of Hyperloop. However, implementing those ideas require a lot of engineering and technological prowess. This can only be possible if the governments and leading industries have a proper partnership and make an active effort to make this project a reality.

The companies developing the Hyperloop working principle have argued that installation cost is cheaper than the conventional High-Speed Railways. Low installation costs mean that Hyperloop can start making profits sooner. However, a lot of engineering aspects have to be examined before starting the installation itself.

Just like the Linux operating system, Hyperloop has become open-sourced. This means that any company or student can pitch-in ideas regarding its development. This has allowed many leading companies to spring into action. Elon Musk had remarked in his Hyperloop Alpha paper that a lot of issues like control mechanism and station design for loading and unloading passengers among others, need to be resolved.

The Hyperloop has to move forward to its next stage. Currently, preliminary testing has been done over short distances. Tests for longer distances along with service passengers need to be conducted. Moreover, a viable technology that is suitable all around the globe needs to be developed.