The above topic reminds me of a beautiful topic that I went through my school days where Alphonse Daudet had beautifully described the importance of language, the beautiful overview of its understanding and above all the key to release from the slavery. However, there are so much of languages existing in this world that we might have never heard of. Learning these languages always gives us a thrilling experience and create new possibilities and opportunities for us. There are some languages that are considered to be the most difficult one not only by the way of speaking but the way of writing, pronunciation all adds to the limit. 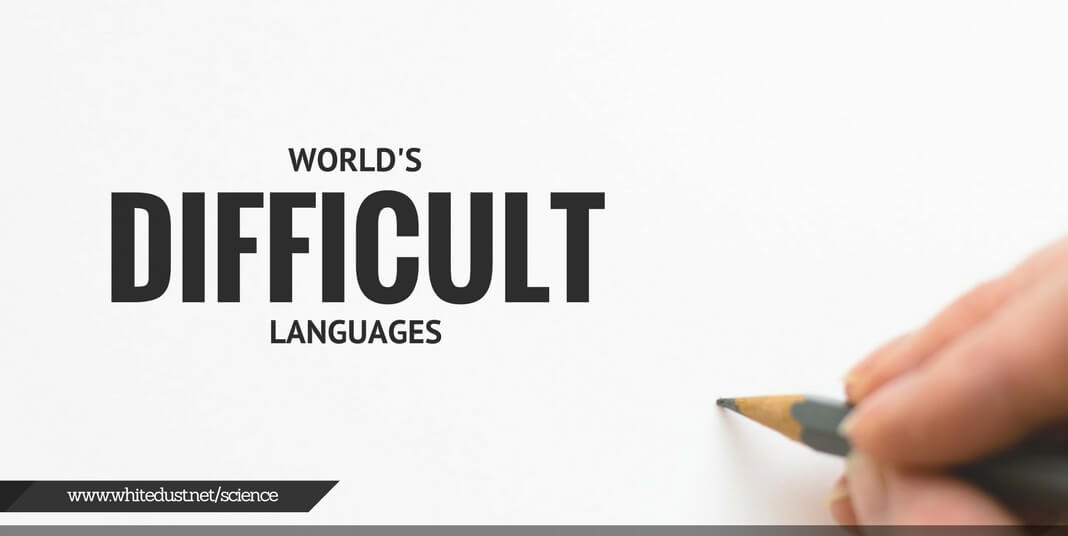 So, here is the list of world’s most difficult and the desirous language that you should know.

2. BASQUE: – Talking about this language gives rise to many theories and hypotheses show the connection between the Basque people and is the only Pre-Indo-European-Language still existing in the contemporary Europe. According to the famous pediatrician, geneticist, and writer Stephen Oppenheimer, the warmer climate condition insists the Basque people move in the north of Africa thus expanding the Magdalenian culture entirely in Europe. When the Basque language was considered to be the only remainder language of the Basque people it creates a heartful impression in the hearts of the people still remembering in the mind of them. 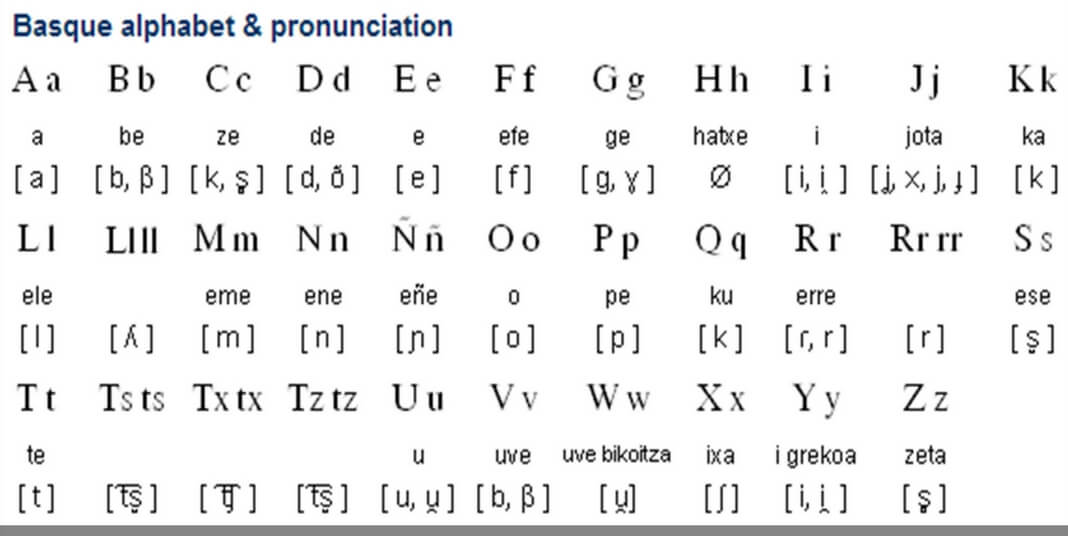 3. FINNISH: – Isn’t the name funny and interesting? Well, the more interesting in knowing is its history of the origin and how this language becomes the official one in Finland and Sweden. The language is currently spoken by 5.42% of the population in Sweden and is one of the official languages in the European nation since 1995 enjoying the status of an official minority in Sweden. The language comes into picture when the Finnic languages evolved from the Proto-Finnic languages separating the Sami from it. During the medieval period, it was solely used as an oral language and even after the pomp of the Latin language in business works and the religious activities the Finnish people were given the freedom to use their native language in their daily chores. The most outrageous part of this language was its creation which falls in the hand of Mikael Agricola who defined rules still followed by the people. 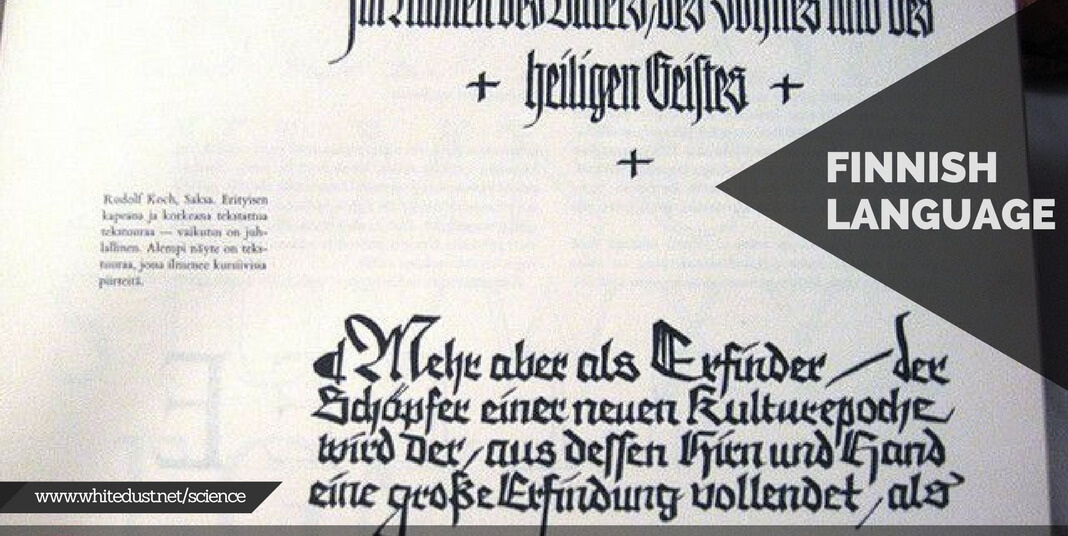 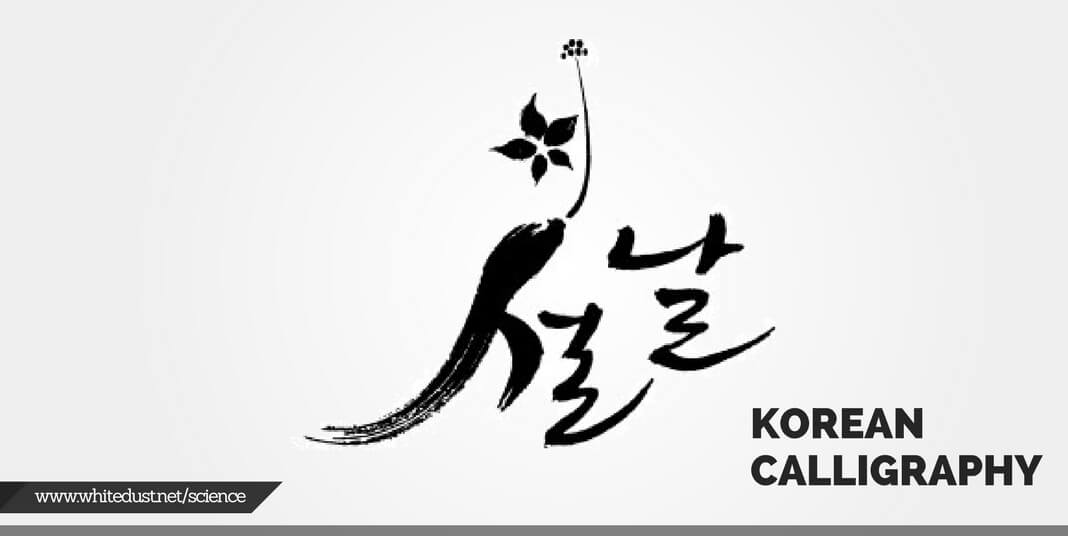 Also read, Why Must Cassini Crash Into Saturn?

5. DANISH: – Figured out as one of the oldest and the difficult language in the world, it is a North German language which is spoken by a maximum of the people in Denmark. Well, now moving on with the glorious history of the language, it is conventionally divided into Old, Middle and the Modern Danish language. Old Danish language was also known as the Runic Swedish which remained into figure until the 12th century when the Medieval language announced a war against the old one. With the protest reformation in 1536, the language became highly popular and auspicious among the public and it is very interesting to make a point that the translation of the Bible took place just 14 years after the reformation. The Modern Danish language proclaimed many Noble Prize for the awesome writings. 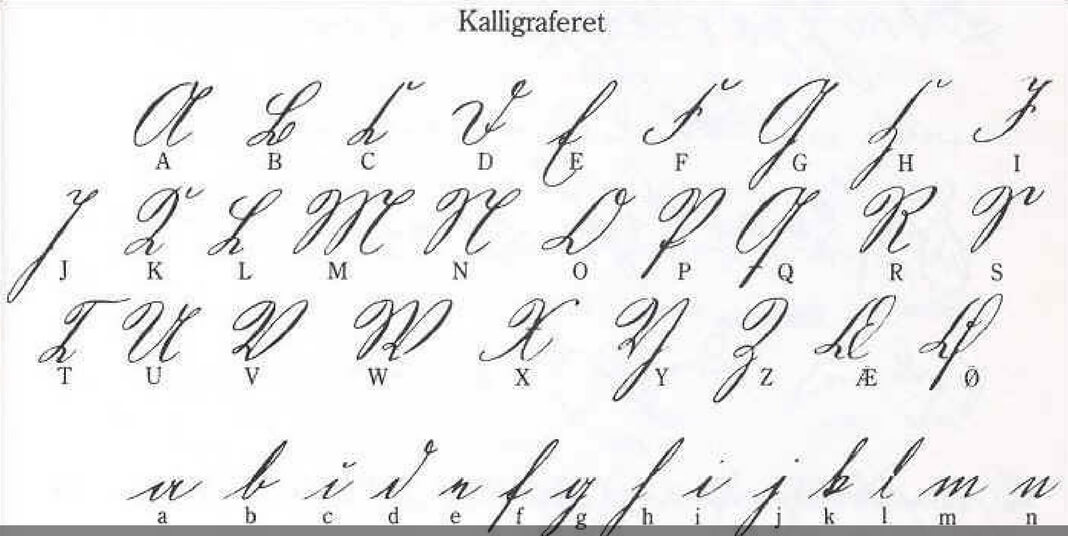 6. ARABIC: – The language is assumed to be originated over 2000 years ago and was first spoken by the nomadic tribes in the frontier of Peninsula. The name of the language itself indicates their first speaking the Arabs who were the major one in the expansion of this beautiful stuff. Arabic is a Semitic language is the greatest among the latter due to its widespread popularity in the other regions giving rise to the extinction of many other Semitic languages. It gained its popularity due to the tribal people who moved out of the Peninsular region and the inter-marriage between the Arabs and the native people add more to it. The writings in the Quran comes from the old Arabic language. Over the passing years, the adaptation of many words have been taken place in the language and is one of the decisive languages in the world affairs. 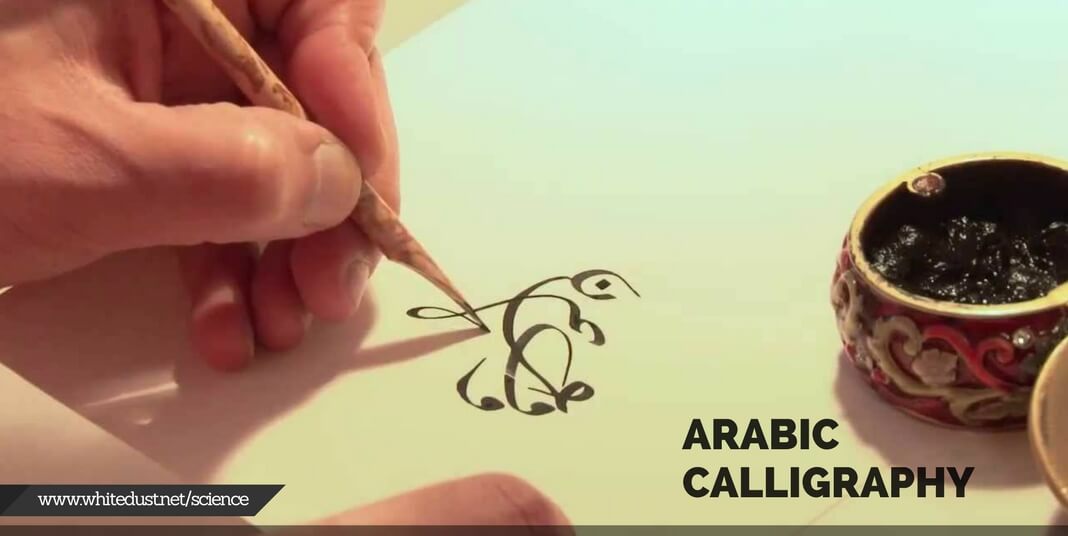 7. MANDARIN: – Considered to be one of the most difficult languages here is this on the top of the list. Also known as Huayu, it is the official language of the Chinese and one of the eight official languages of United States. When we peep into the history of this difficult language the most shocking and amazing facts come into the picture and it insists the user to once have a view through it. China which is counted as one of the most developed nations in the world faced a lot of persecution to adopt as its official language and many commissions were called out to have an overview of it. However, the only difference between the Mandarin and the Beijing pronunciation is between the Received pronunciation and the Cockney. 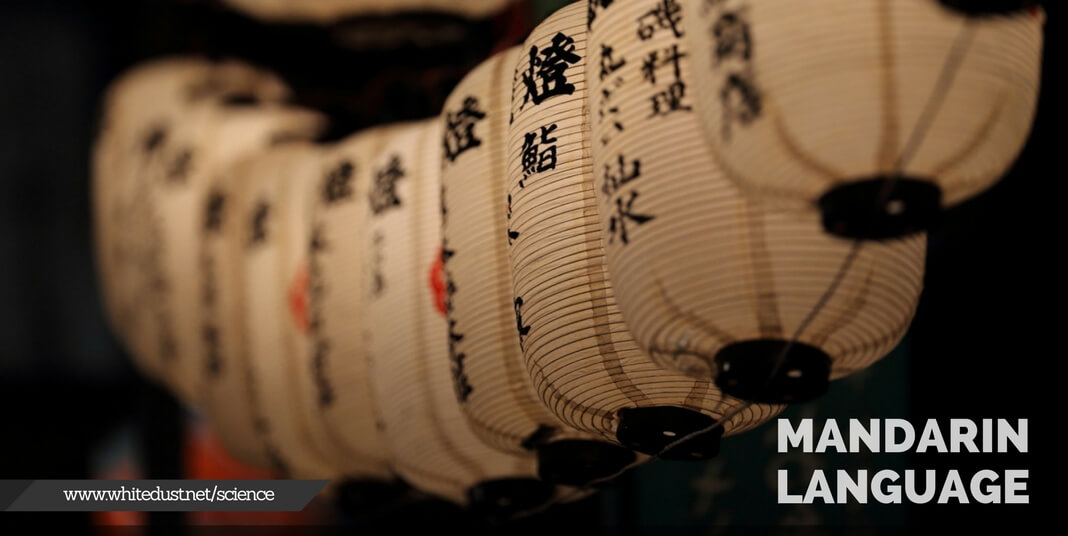 8. JAPANESE: – One of the most popular East Asian language, with more than 120 million speakers making it one of the most popular and the oldest language of the world. Many theories and concepts have been put forward to explain the origin of this pre historic language. With the income of the ancestors of the Japanese and the Ryukyuan language from continental Asia replacing the language of the Joman inhabitants. With the spread of the Buddhism enlightening the whole world with its thought and ideas, the writings were imported to Japan in the old Chinese language but were read through the specified language by Kanbun method. The language has the most extensive grammar with the more sympathetical words capable of attracting any of the attention. It was not a writing language during its initial stage but as the time progress to its limit, it comes into the picture as the writing one. 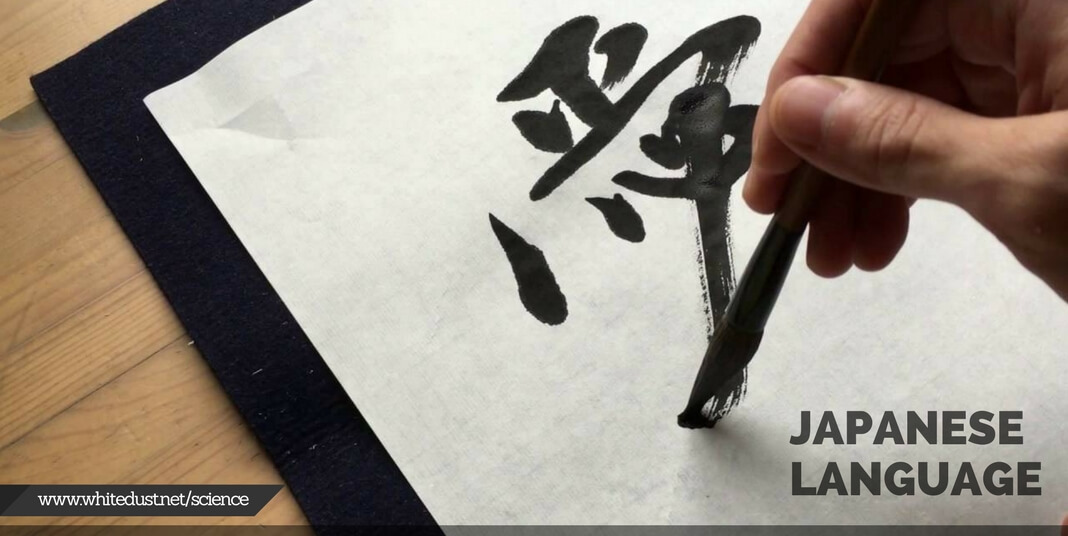 Also read, This Cotton Is Grown To Glow

9. HEBREW: – It is also a Semitic language spoken over 9 million people across the globe and is considered to be the language of the Israelites and their ancestors. It is believed to be the language of the God where the description of the image of the Garden of Eden has been beautifully described by this language. Its history has been divided into four periods Classical Hebrew, Rabbinic Hebrew, Medieval Hebrew and the Modern Hebrew. The modern Hebrew language contains much innovative and the creative design to meet the demands of the public with the replacement of the old guttural alphabets. 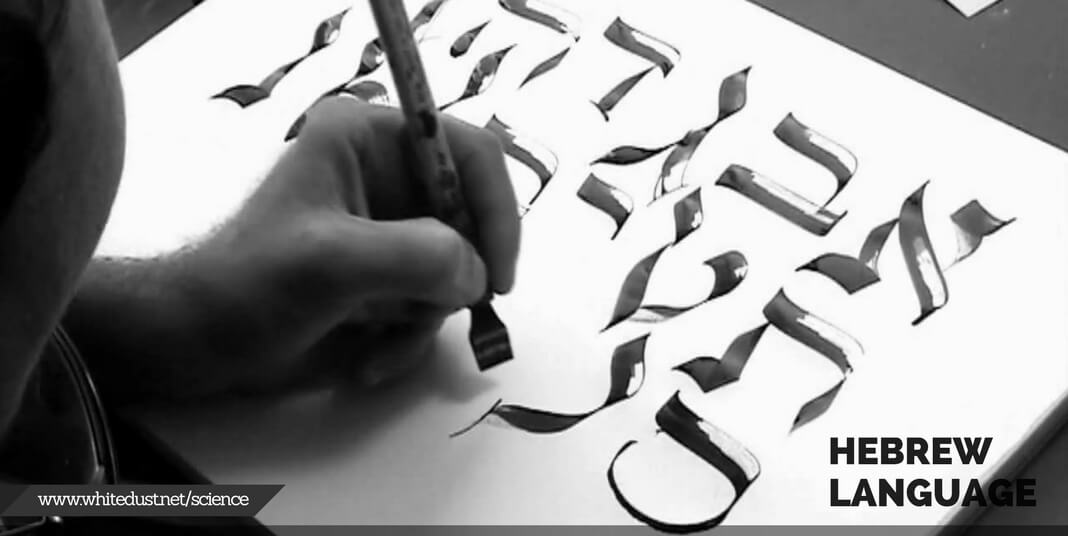 10. EGYPTIAN: – Considered to be one of the oldest languages of the world here is the last one for you. Spoken in ancient Egypt it is imagined to be originated from the Sanskrit language but there is not a clear record of the conception. Until the 17th century, it was in the form of Coptic but later after it was accepted as the national language. Coptic is still been practice with hundreds and hundreds of fluent speakers and is considered to be one of the sacred languages. There has been many clear records and evidence from the prehistoric times about the remains of this language on the ancient scriptures and monuments. 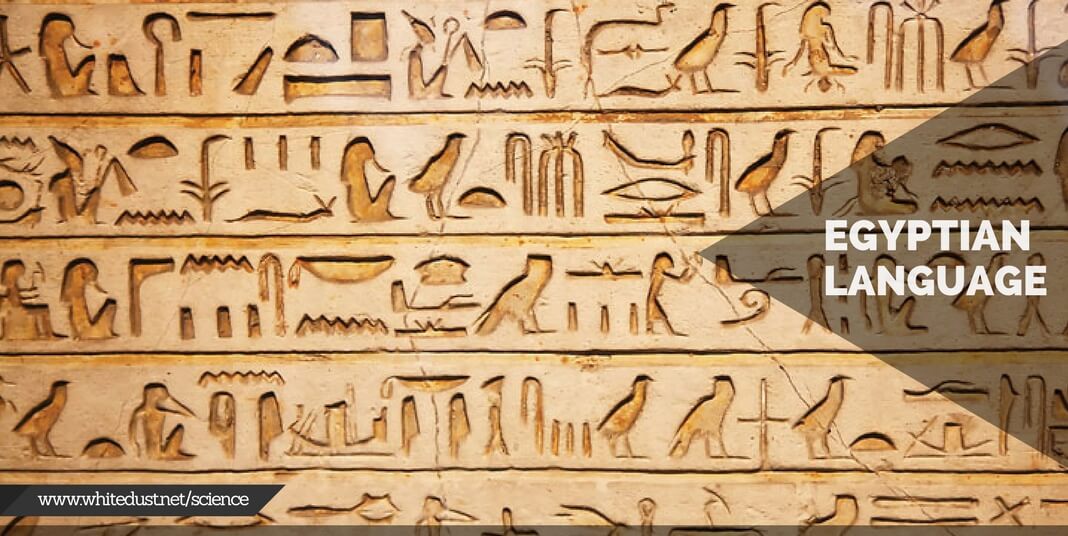 So, this was all about the world’s difficult language and the history of their origin.

Q1. WAS TAMIL THE ONLY SPOKEN LANGUAGE AROUND THE WORLD LONG AGO?

It might be the true fact that long ago Tamil was the only spoken language around the world. Actually, many of the languages of the world originated from Sanskrit and Tamil language and were in practice since the Vedic period.

Q2. HOW DO TWO CULTURES WITH DIFFERENT LANGUAGE LEARN TO COMMUNICATE?

There has been books and records recovered by the Archaeologists enlightening the way of their communication. It is a common belief that children learn very quickly as compared to the others and the inter-caste marriage also paves way for the expansion of a particular language.

Q3. WHAT IS THE DIFFERENCE BETWEEN CHINESE AND THE MANDARIN LANGUAGE?

The spoken Chinese and the written one are very much different from each other but Mandarin is a standard Chinese language. There is no existence of the word Chinese rather than Mandarin is the standardized language in practice throughout the nation.

The True Science Behind Mental Illness