HOW WOULD YOU RUN KIK MESSENGER APP THROUGH YOUR PC/MAC?

Contents hide
1 HOW WOULD YOU RUN KIK MESSENGER APP THROUGH YOUR PC/MAC?
2 KIK: A HISTORY
3 QUICK GUIDE TO INSTALL KIK ON YOUR PC/MAC WITHOUT DOWNLOADING
4 KIK ON PC
4.1 1. BLUESTACKS
4.2 2. MANYMO
5 KIK ON MAC
5.1 1. BLUESTACKS
5.2 2. GENYMOTION
6 FREQUENTLY ASKED QUESTION AND ANSWERS

I’m sure you have all used KIK messenger on your smartphone to chat with friends and family and send those goofy doodles and emojis that come with it. What if I told you that it is now possible to have the same messenger on your Mac/PC without the hassle of downloading it? Let me take you through the process.

Everyone has heard of KIK messenger what with its 240 million and growing users; with teens and young adults making up most of the demographic.

It is easy to see why it is one of the most prominent messaging apps available today.

For one, it is available for free on Android and iOS and can be used to send messages instantly.

You can use it to send unlimited messages to your friends individually or in a group just like other services such as Whatsapp.

So what is it that makes KIK different from Whatsapp or even other applications like Facebook Messenger or Snapchat?

KIK has the added advantage that it does not ask users for a phone number verification.

All you need to use KIK is your name, date of birth and email address. KIK is particularly famous for providing anonymity and privacy to its users in that it keeps your records confidential.

So you can rest assured that your phone number is safe while you make connections with people from all over the world without any safety concerns. 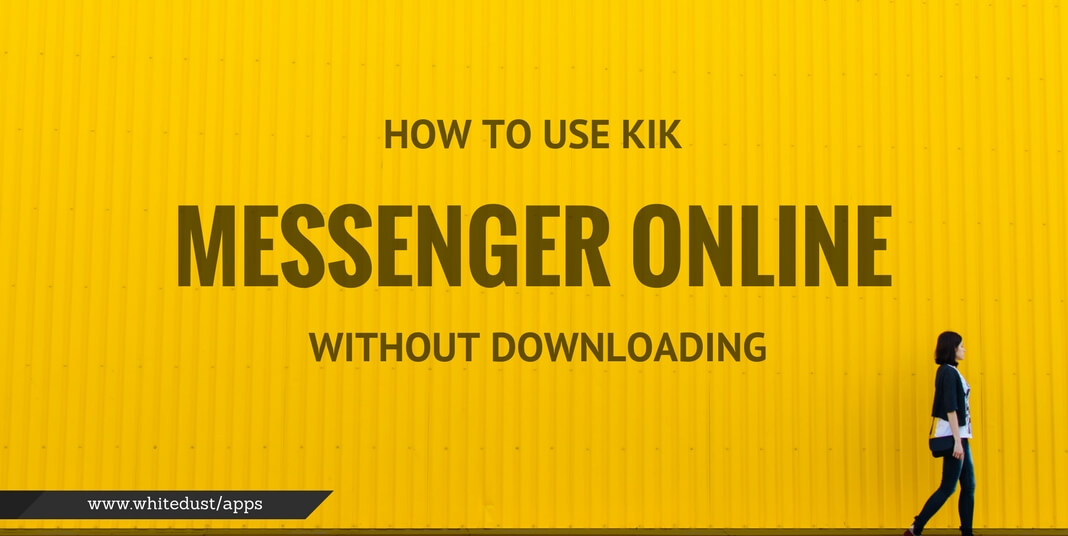 Before learning to use KIK on your Mac/PC without any download, let us learn a little bit about its history.

Here are some things you must know about KIK before you go ahead and start using it on your PC or Mac.

Back in 2009, a group of students from the University of Waterloo in Canada decided on starting KIK Interactive. Their goal was to create advanced technologies that could be used on smartphones.

The first product that was developed by KIK Interactive was the KIK Messenger. It was released worldwide in October 2010. It reached one million user registrations within the first 15 days of its launch. Thus, it is their most commercially successful product as of today. 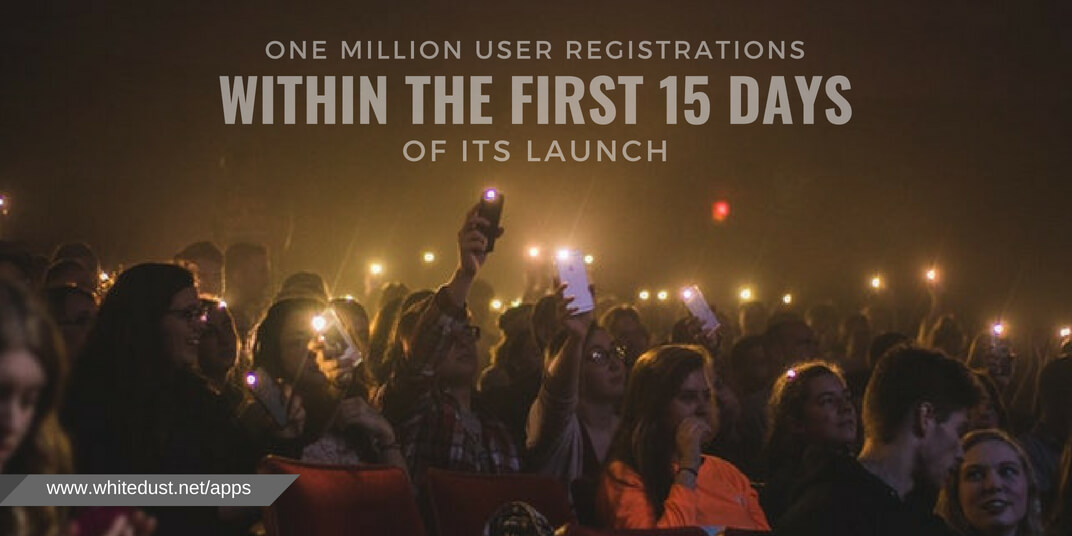 KIK has a variety of features that distinguish it from other messaging applications available nowadays.One of these features is the creation of a bot. A bot is an independent system that can interact with users to provide a particular utility.

KIK can create a bot to communicate with any other KIK user to start a conversation with them. This feature is available to developers and brands and any other user. You can use a bot to avail services without having an actual conversation with a person. Not only this, bots can also are used for being social. You can chat with a bot, get news articles, use one to give you fashion advice, and a lot more.

KIK can also be used to send as many messages as you want without worrying about your phone bills. It is available free of cost on iOS and Android and uses an existing internet connection to send an unlimited number of messages.

You are not only limited to text messages but can send images, sketches, doodles, emojis, videos and much more on KIK. Additionally, KIK has many other attractive qualities such as customization of chats, profile customization, live typing status, chat promotion, web browsing and a lot more.

QUICK GUIDE TO INSTALL KIK ON YOUR PC/MAC WITHOUT DOWNLOADING

With the versatility of KIK, it is no wonder that you would be interested in installing it on your Mac/PC.  Not so long ago, it would have been difficult if not impossible to install KIK on a Mac/PC without using its mobile application.Today, there are multiple ways to do this very task quickly and easily. No technical expertise required. Who would have thought? 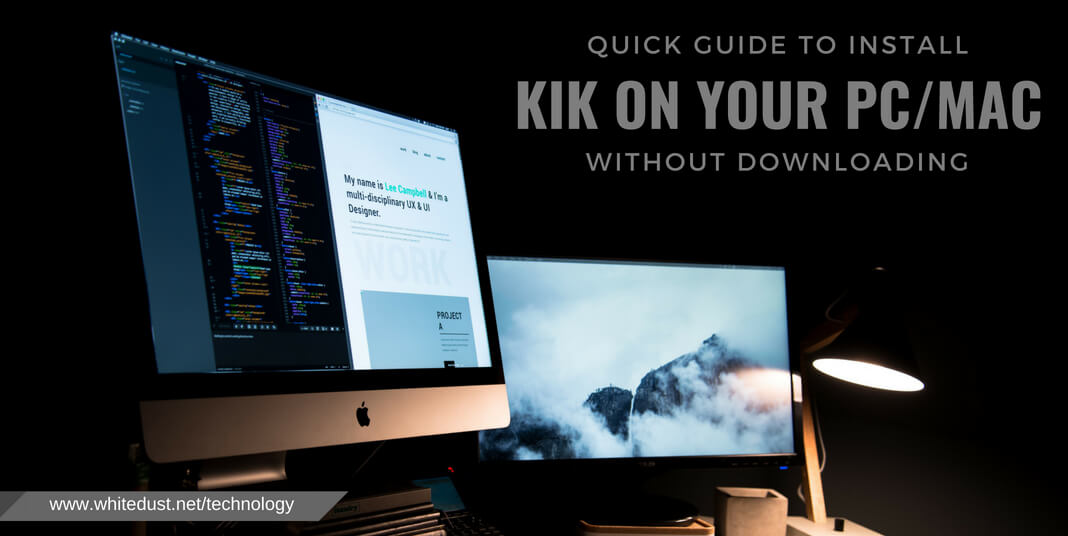 What this means is that you can run an android application which is traditionally available on the Google PlayStore on your PC using an emulator.

Here are two easy-to-use emulators that would be the ideal choice for PC:

An example of an Android emulator is BlueStacks.

The advantage of using BlueStacks as compared to other emulators is that it is easy to download and install. It is also faster when weighed against other Android emulators.

Using BlueStacks, you can create a virtual environment where any Android application such as KIK can be run just as it would run on a phone.

These are the steps you must follow to run KIK via BlueStacks on your PC.

Note: You will be asked to sign into Google Play when you install an app for the very first time.

Manymo is another emulation program which you can use to launch Android applications on your PC.

The steps to use Manymo to launch KIK on your PC are:

The KIK apk can be downloaded from the internet easily using a number of websites such as apkpure and androidapksfree.

To use KIK on your Mac, you still need an Android emulator. OS X offers a number of free and paid emulators that can be used for this purpose.

Let me tell you about two emulators for Mac:

It is no surprise that BlueStacks is the emulator of choice to run Android applications on a Mac.

The method to install Android applications using BlueStacks on a Mac is pretty much the same as with a PC.

The procedure listed out in a step-by-step format for PC can be applied to a Mac just as easily.

All you need to do is download and install the BlueStacks App Player from its official website.

After installation, you can find KIK among the listed Android applications and run it as you normally would.

Genymotion is widely known to be the best Android emulator for Mac. It is not only used for installing Android applications but is also commonly used for development and testing.It is an improvement on Google’s Android emulators. It offers much better speeds in comparison and does not take up as much RAM either.

It is available in both free and paid versions and you can download either as per your convenience.

You can install Genymotion on Mac easily using the following approach.

Having KIK on your PC/Mac can be extremely useful if you spend more time on your computer than on your phone. With the setup process so straightforward and easy, it’s time you get KIK and stay in touch with friends and family throughout the day. 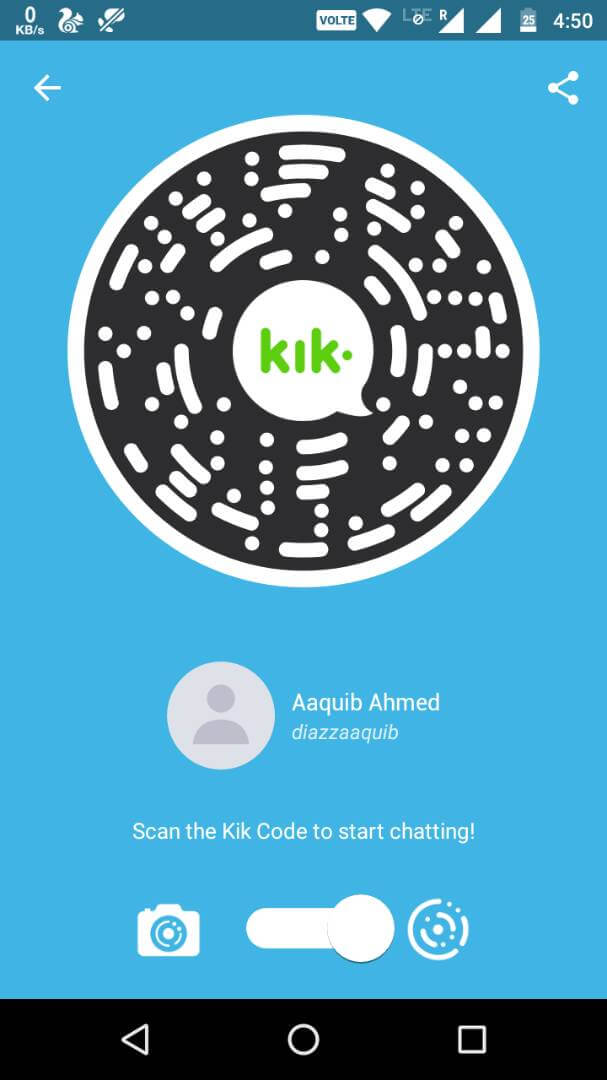 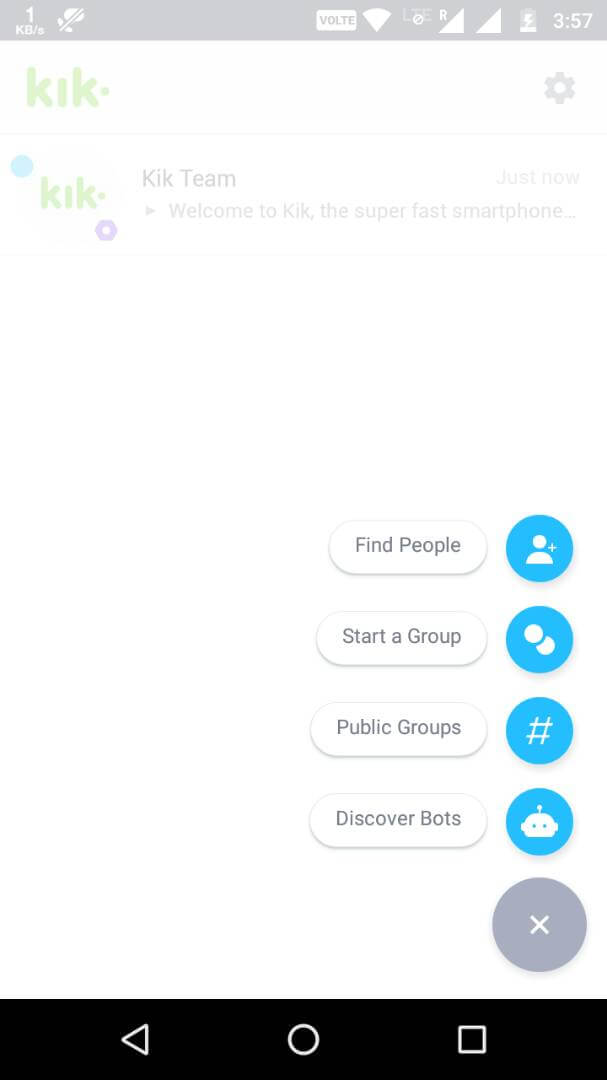 Your messages are not saved on the KIK servers. They are lost when you migrate from one device to another. It is a good idea to keep a backup of your messages just in case they are erased if you log out of your account.

What makes KIK stand out from its competitors is the anonymity it provides. It does not require a phone number to set up your KIK account. In addition, KIK does not save any of your credentials and only saves a limited number of messages in your chat. If your chat is from the last 48 hours, up to a thousand messages will be saved. In other circumstances, only the last 500 messages are saved on KIK’s servers.

KIK is a free application and uses your pre-existing data connection to send and receive messages. There are no added charges to use KIK or any of its available features.

KIK was originally designed to be used on mobile platforms such as Android and iOS. It can be used on a controlled desktop platform like Windows and Mac by using different kinds of emulators. These are easy to install and set up.

It is possible to have multiple accounts on KIK. The only criteria that you have to follow are that you must have different email IDs associated with each account. Another thing to keep in mind is that your messages will be erased once you log out of an account.

The only way to get back deleted data from your KIK account is to go through your iCloud or Drive backup. You can also try third-party apps to try to retrieve lost data. An example is an EaseUs application available for both Android and iOS.

Everything you need to know about Terrarium TV: Installation and Common...

How Can I View Private Instagram Profiles Without Following Them? Some...