The term ‘Meme’ was initially conceived in the book “The Selfish Gene” by English scholar Richard Dawkins. Avoid the embarrassment of incorrectly pronouncing the word; it is actually pronounced as ‘meem’ with a prolonged ‘e’!

According to the book, a meme is a cultural element like behavior or an idea that can spontaneously relate and spread through the population. Memes are at the same time, both personal and universal. What if I told you that you can create your own memes?

Before we figure out the best meme makers, let’s understand why people use memes and what is a meme generator. 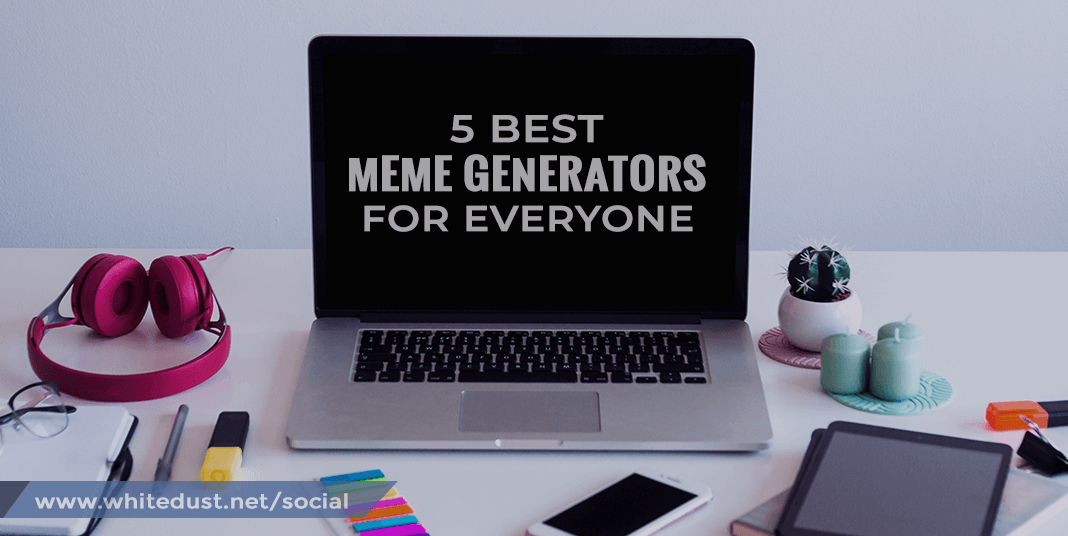 Memes are a worldwide phenomenon that can either be an idea or a concept that are typically humorous. Memes can be in any format: image, video, or after a fictional character, movie, actor, etc.

Generally, memes are the media content that consists of a popular image with typically two sections of text: one at the top and another at the bottom. When a person mentions to you the word “meme,” then it is likely that he/she is referring to you either about a funny image or a video that is shared online.

WHY DO PEOPLE MEME?

Memes are often called as Internet’s inside jokes. Generally, they convey a feeling of familiarity and relevance and being a part of something bigger than themselves. Memes have the proficiency to empathize with a familiar feeling, opinion, or experience.

To understand or create a meme, you need to gain a significant amount of knowledge and inspiration. You get them either by watching a few popular shows and browsing social media channels.

What started out as a simple joke has spread on such an unforeseen scale that its difficult to comprehend. Memes are an opinion, and everyone is entitled to one. This is precisely the reason you need to have a meme generator in your arsenal so that you can express yourself to the world through social media.

To create a meme, you need tools. And at present, several meme maker tools will help you create an extensive range of memes.

WHAT IS A MEME GENERATOR?

A meme generator allows you to create images and to add customizable texts to the pictures. It is a web-based tool that enables users to create their visual image meme. Besides, there are mobile apps which can be used on both Android and iPhone.

Usually, the meme generator is used to add a caption or text to images which are already made famous through in-vogue memes. You may also choose to use your own pictures for creating a template.

The meme generator can even be used for designing other creative work such as custom graphics, posters, banners, or advertisements. Now that you are familiar with what is a meme generator, I will now guide you in making memes.

HOW TO MAKE A MEME 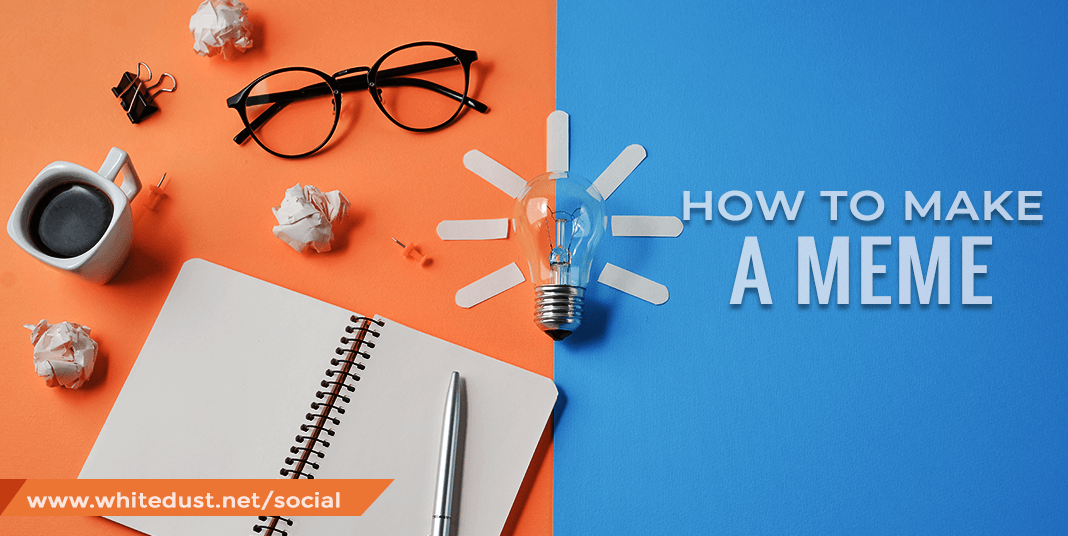 Before attempting to make your own meme, you need to be familiar with memes and the currently trending ones online. Both the image, as well as the text caption, are crucial in making a successful meme.

A meme can be either in the form of an image or a video. For the sake of simplicity, we will check out the steps for creating your own meme.

1. SELECT A TOOL FOR MEME CREATION

There are tons of tools on the internet for creating memes. There are online tools which can be used through your browser. And if you want to make memes from your smartphone, there are a good deal of apps for both Android and iPhone.

Choose the perfect image to start making your meme. There are plenty of images available for use in any meme generator and most of them already popular from memes making their circles on social media. You may either use one of those or upload your own image.

Most meme makers provide the option to write text on both the top and bottom of the image. Choose the font for the text which goes along well with the image. Try out at least two or three variations until you are happy with the version. Once you click on generate, your meme is ready.

Now that you have created your own meme, it is time to share them on social media. Some format of memes are better suited for a particular social media channel, so make your meme according to the platform you intend to post them on.

Writing a funny text caption that is relatable to a majority of the Internet populace might as well be the toughest thing about meme generation.

Here we present to you some of the most famous meme-generating applications and websites that people use to create and share it with the digital world.

Also Read, How Your Small Business Can Grow Through Social Media 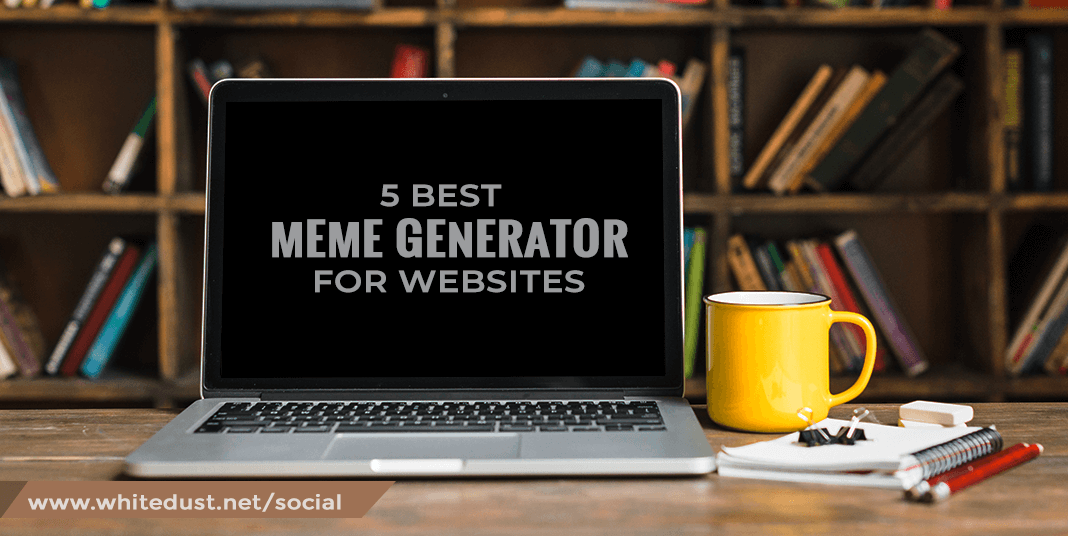 MemeGenertaor.net is a popular online meme-generating tool. It gives you an option to browse through the ones that are already created by other users. In addition to this, you can also search for what’s popular and newest of memes.

Make a Meme is another online meme generator tool that packs the same features as MemeGenerator.net. You will need to create an account and log in to create memes and browse through some of the most trending memes available on their platform. 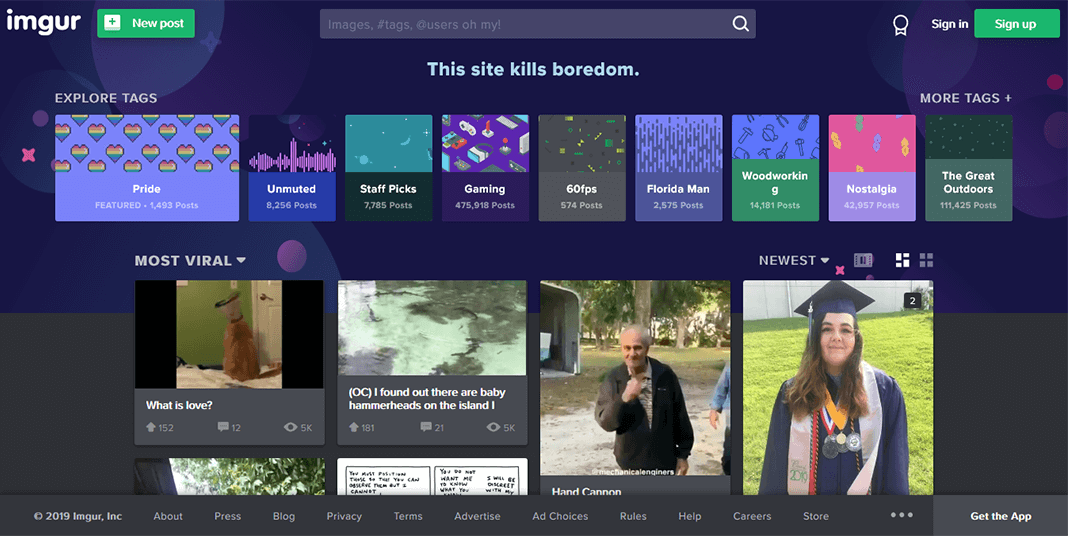 Imgur is an in-demand and one of the biggest online free image sharing platforms. It features its own meme generator tool in its website. Creating a meme with Imgur is as simple as selecting a background image and editing the text on the image.

Quickmeme is one of the best memes creating a website in existence. Featured, most popular and the newest memes can be browsed from this website. Alternatively, you can upload your own image and add text to it. Quickmeme is easy to use, and anyone can make a meme on this platform in a jiffy.

MemeCenter is another meme generation website. The best feature of this tool is, it empowers you to produce GIF format memes in addition to image type. Meme center is made of four tools – the quick meme, a meme builder, and uploader. 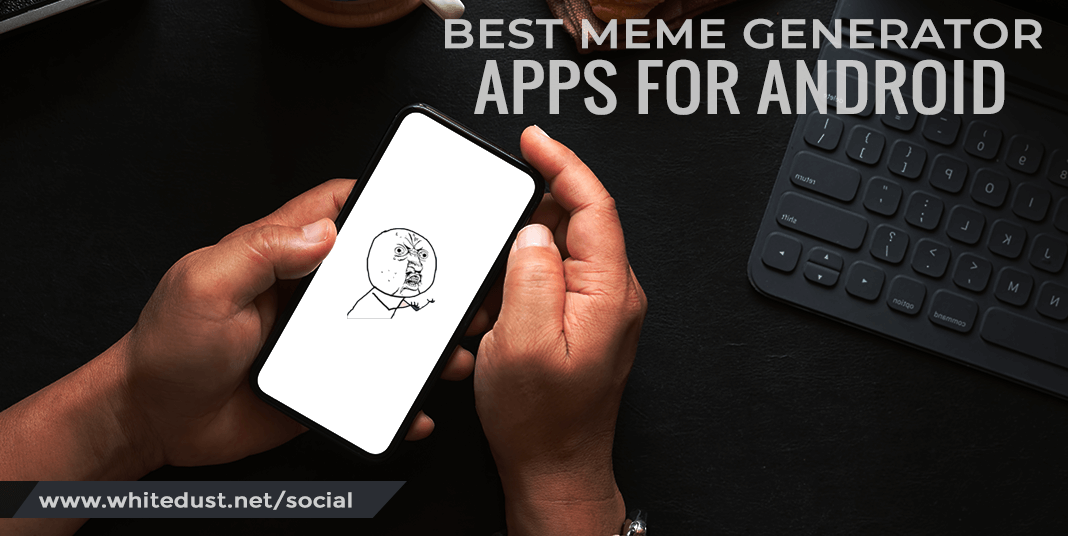 Mematic is a pretty good meme generator application which is available for Android users. It has an extensive range of the most popular memes in its library. You can choose any one, then add captions and share it with your loved ones.

Mematic is free and has no in-app purchases. However, it does come with a few ads that might annoy you a bit. 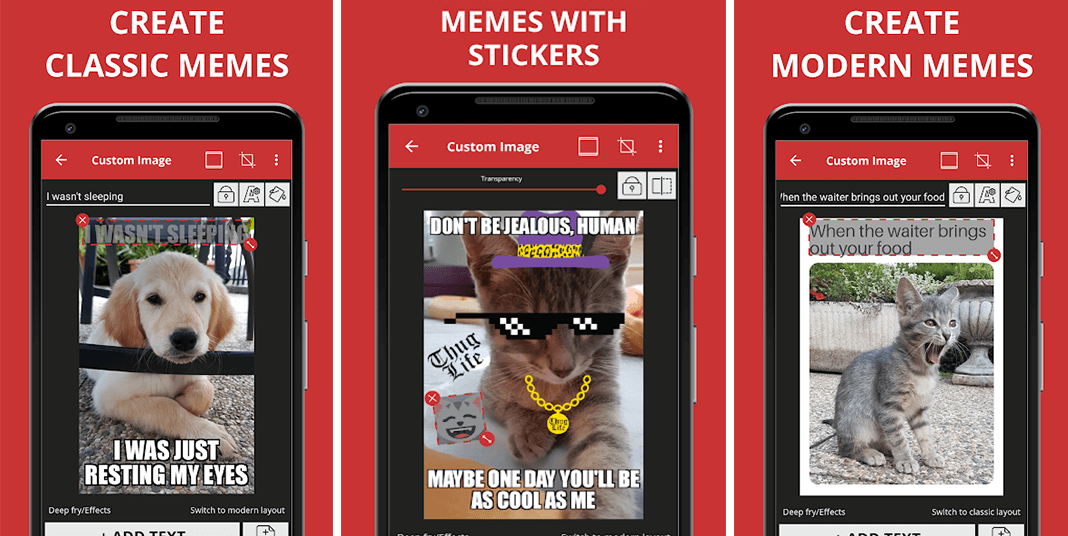 Meme Generator from ZomboDroid is perhaps the most interesting and exciting meme-generating app. It is available on both Android and iOS platforms and charges a basic fee to block ads appearing in the app.

It has a vast list of categories that include numerous meme templates and also supporting an option to make memes of your own.

MemeDroid is a meme creator app that has a voting system in place, which permits users to vote on memes and rank the best in their database. The app is available for use offline as well. However, the downside of this app is that it is a paid tool.

Also Read, How To Root Your Android Device Using KingRoot 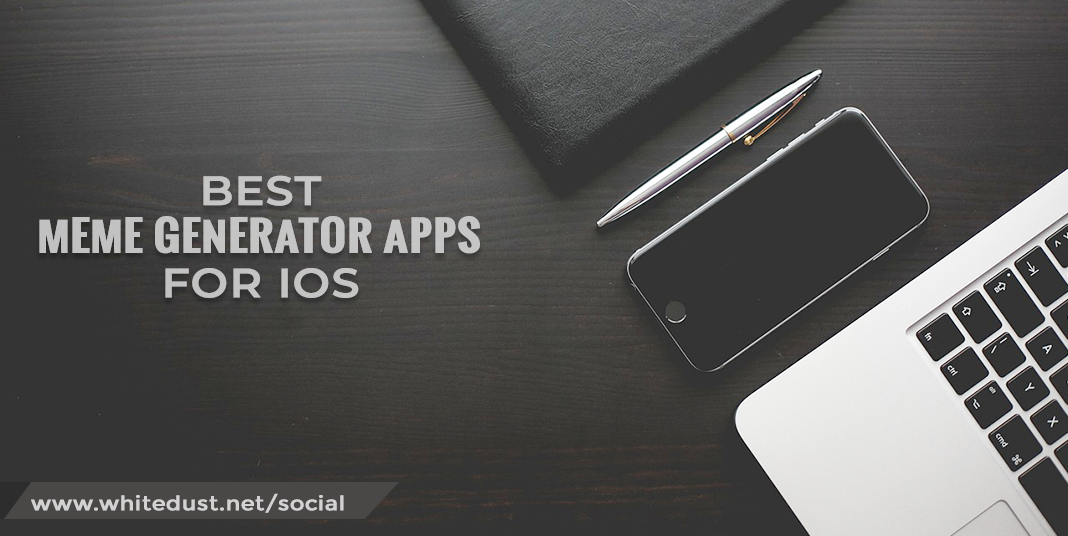 Meme Creator/Viewer is a handy app for iPhone users to let them post memes efficiently and comfortably. As an iPhone user, you can choose thousands of gifs and memes, allowing you to change the text size and color. 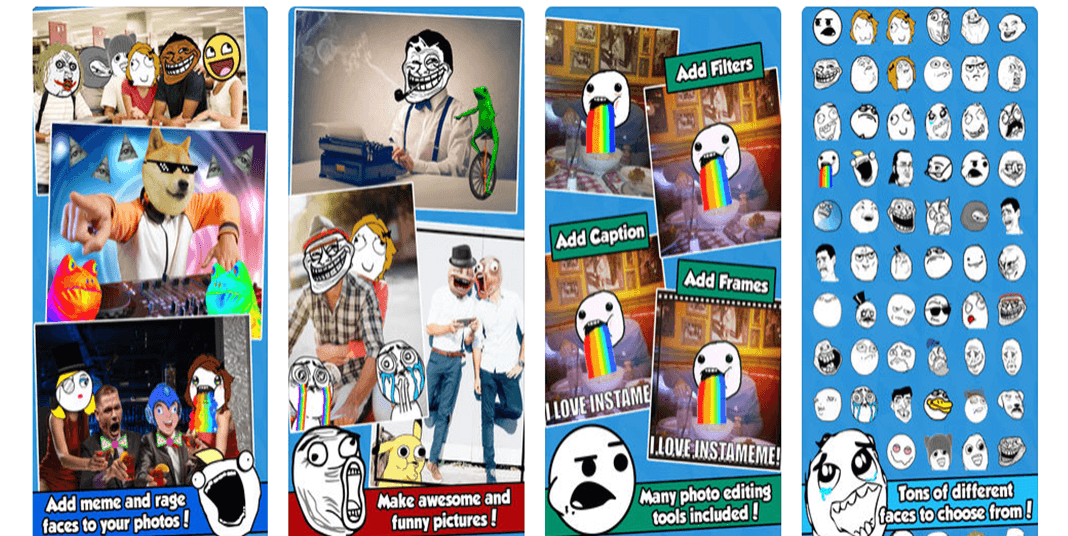 InstaMeme is a simple app for creating memes on iOS devices. Instameme boasts of over 1000 templates for making memes. It also has a WYSIWYG editor which gives a real-time preview of the meme while you are still making changes.

MemeCrunch is another top-rated meme maker app for iOS. Unique features on this app are the meme preview feature and the ability to save memes to your gallery or even share right away as soon as you make it.

Memes are showing no signs of slowing down, and if recent trends continue, they are bound to burst out of social media and traverse to a variety of digital media. Memes have thought the online community the importance of taking things on a lighter mood.

The meme culture has revolutionized the social media universe, and the ambiance of the online environment has become sarcastically humorous thanks to these wonderful pieces of creativity.

With the help of the meme-generating tools listed in this article, you may now make more memes of your own!

You may upload your pictures in two ways. The first one is, simply drag and drop the required image from your desktop to your browser. The second is by selecting the images individually. You can use the shift key for selecting and uploading multiple images.

Be witty, funny, and original

Now You Can Record Videos Online On Mac