On the 10th anniversary of the iPhone, Apple has launched three new smartphones iPhone 8, iPhone 8 plus and iPhone X. But iPhone X is more sought after among the people, after all, it is the most premium iPhone out there. iPhone 8/8 plus in my view should have been named iPhone 7s/7s plus, since they are almost same as iPhone 7 design-wise, a few tweaks here and there with a higher price tag. On the other hand, Samsung is giving its competitor a tough fight. With the launch of Note 8 Samsung aims to rehabilitate its image which the Note 7 had damaged with its battery explosion issue. Perhaps, Note 8 comes out to be the best flagship Android smartphone in the market. On top of all the drama, android vs iOS ecosystem is also to be taken into consideration. Are you looking to buy one of them, but are confused? You have landed in the right place. So, without wasting a word let’s get down to the pros and cons of the two devices and conclude which smartphone you should go for. 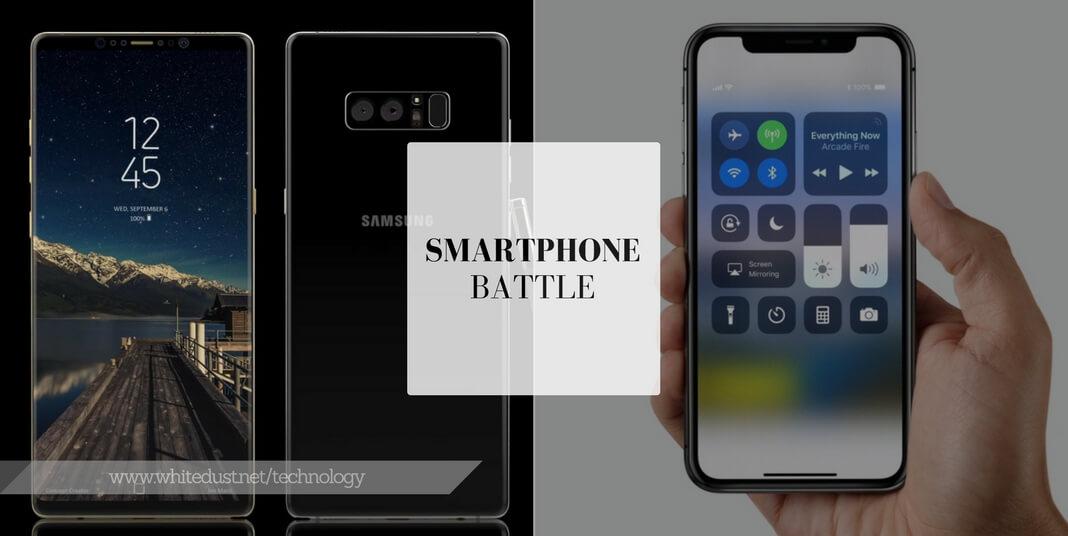 iPhone X now features a 5.8” 2436 x 1125 display with a screen ratio of 82.9 % amounting to a pixel density of 458 PPI. Only apple can explain the logic of those figures. It sports a scratch-resistant display with 3D functionality and a bezel-less display. Overall, the phone is sturdy to hold in hand. Apple claims both the front display and back glass to be of sapphire grade which is amazing. The Note 8 is taller than iPhone 8 with a 6.3-inch quad-HD display but a staggering pixel density of 521 PPI. Both smartphones feature an AMOLED capacitive touchscreen. For media playback and VR content Samsung is slightly better than the iPhone since it has a sharper display which will be particularly helpful for VR content. 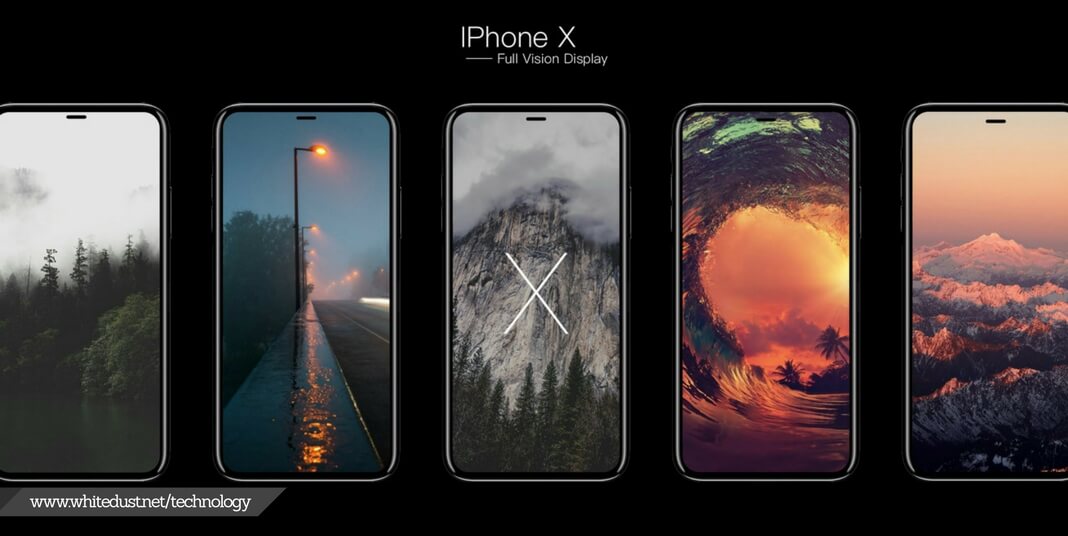 Also read, TOP 10 APPS YOU SHOULD HAVE IN YOUR SMARTPHONE

Both phones have a 12 MP dual rear-facing camera. iPhone X has an aperture of f/1.8 while Note 8 has an aperture of f/1.7 so technically Note eight will perform better in low light conditions. Both phones have basic camera properties such as PDAF, autofocus, and dual tone dual led flash and 2x optical zoom. Both phones have OIS hence the video stabilization is top notch. iPhone X has a 7 MP front-facing camera with an f/1.7 aperture which can record at a max. of 1080p 30fps & 720p 240fps. However, Galaxy Note 8 has a 7 MP secondary camera with f/2.2 aperture. iPhone has a special portrait mode option in both its front and rear camera which gives a great background blur(Bokeh) effect. Both cameras perform excellently in outdoor conditions as expected. iPhone X’s camera can shoot at 2160p at a max. of 60 fps (2x slow) and 1080p at 240 fps (8x slow) while Note 8 can shoot 240 fps only at 720 fps. Coming to the memory and storage options. iPhone X has 3 GB Ram and 64/256 GB storage options. Sadly, no 128 GB option. Note 8 on the other hand, comes with a massive 6 GB Ram and 64/128/256 GB. Also Note 8 gives us gives the option for a microSD slot, however it a hybrid sim solution. Although Samsung has 6 GB ram compared to iPhone’s  3 GB ram the optimization of the Apple’s hardware and software leaves the Note 8 in the dust. No offense here, Galaxy Note 8 is without any doubt one of the fastest Android phones in the market, but the iPhone X is just a step ahead. 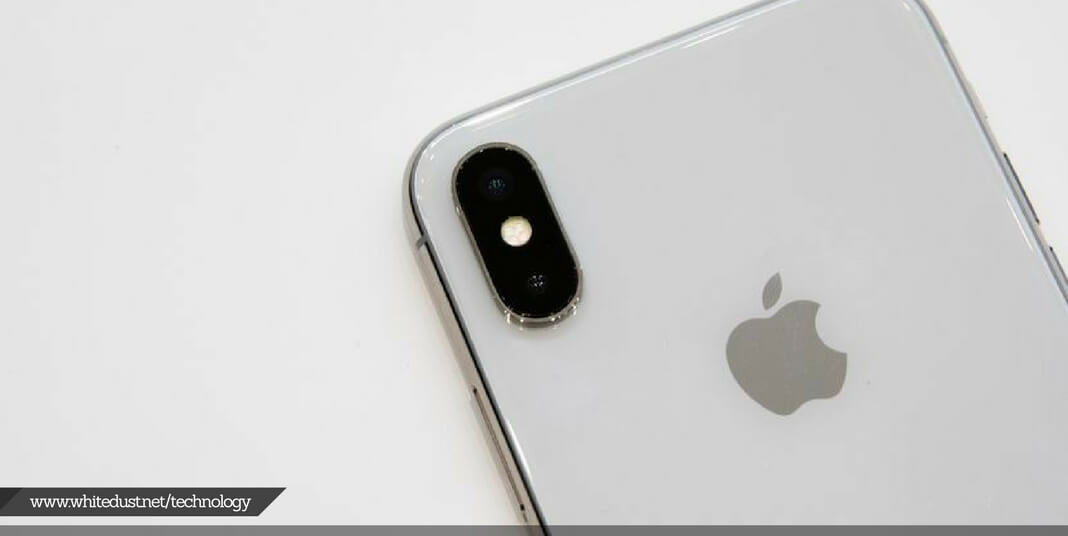 iPhone X comes out of the box with iOS 11, featuring minor UI improvements, bug fixes. It comes with Apple’s new A11 hexacore CPU and its GPU onboard making the smartphone faster than ever. Apple doesn’t disclose the size of the battery, but rather says that the phone can take a full day without any issues. 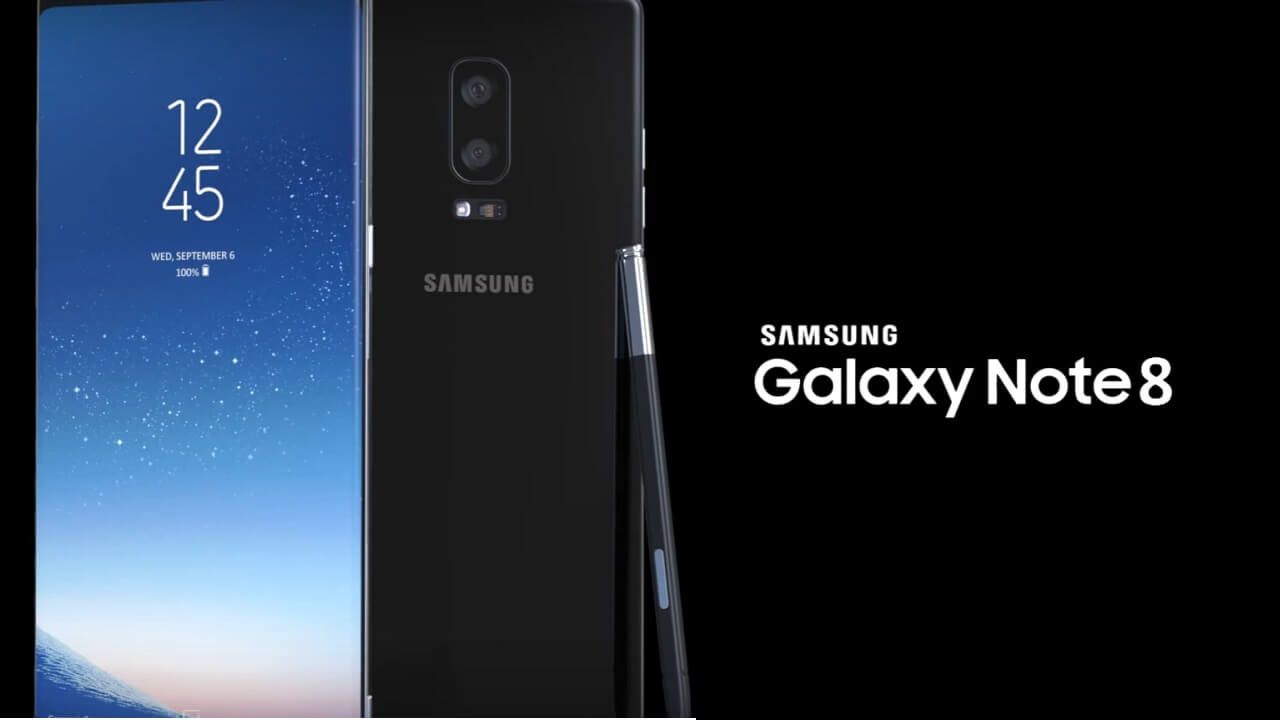 Galaxy Note 8 comes out of the box on Android 7.1.1(Nougat). Samsung promises that it will get the Oreo update by the end of 2017. The phone comes in two variants, the Snapdragon 835 processor, and Samsung’s Exynos 8895 octa-core CPU. In India, only the Exynos variant of Note 8 is launched. It features Adreno 540 GPU which ensures that it runs even the most power intensive games smoothly, without any issues. In some countries, Mali G71 GPU is used. The Note 8 now features a 3300 mAh battery which is lesser than its previous models, to avoid any battery issues. But it puts concerns on the battery life since it features a larger display, a quad HD screen. Both the smartphones have fast charging support. For the first-time apple introduced wireless charging support.

Also read, Will Apple Use Face ID In The 2018 iPhones Also? It Depends On The Reviews, Says Analyst

Both phones come onboard with all the basic sensors such as gyro sensor, adaptive brightness, barometer, etc. iPhone X comes with the new Face ID which is super-accurate. Even if you are wearing goggles, it will recognize the face. However, Apple decided to skimp the fingerprint sensor. Apple has been a trendsetter in the industry, let’s see if other brands also remove the fingerprint sensor from their phones. Galaxy Note 8 has an IP68 certification hence it is water and dust resistant up to 1.5 meters. With the Note 8, you get the famous S-pen functionality which facilitates you to perform quick actions such as jotting down notes. It is very handy if you want to make notes on the go. You can sign documents online. Furthermore, the S-pen pressure sensitivity is improved so will be a  lot more responsive. 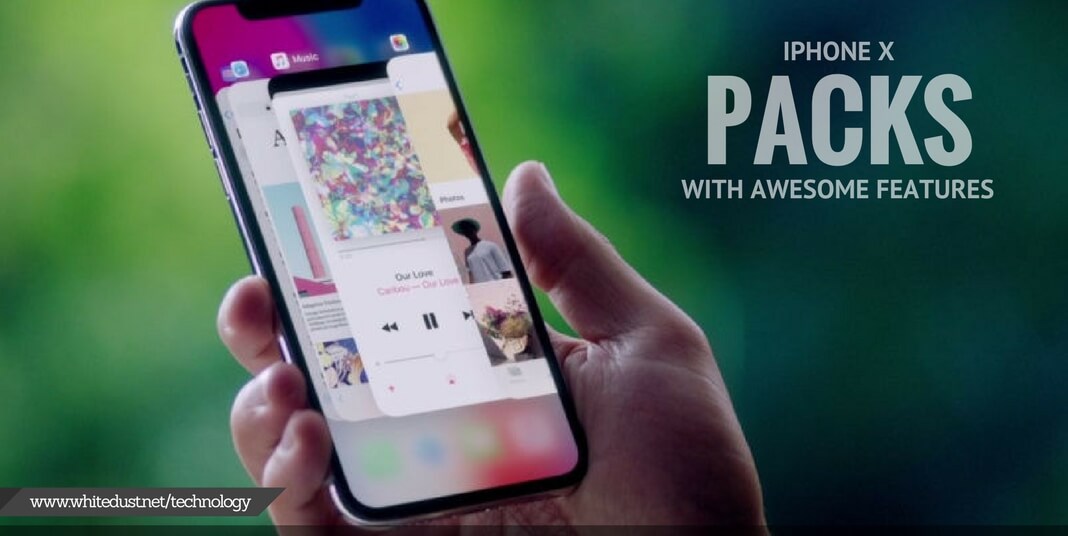 You are really trolling when you say value for money. iPhone X comes with a price tag of $999 internationally however when it comes to India it will be cost a hell lot of money due to the customs and excise duty.

When it comes to iPhone x, we have limited color options since it comes only in space gray and silver variants. The Note 8 comes in a plethora of Colors such as Midnight black, Maple Gold, Orchid gray, Deep sea blue and Star pink. 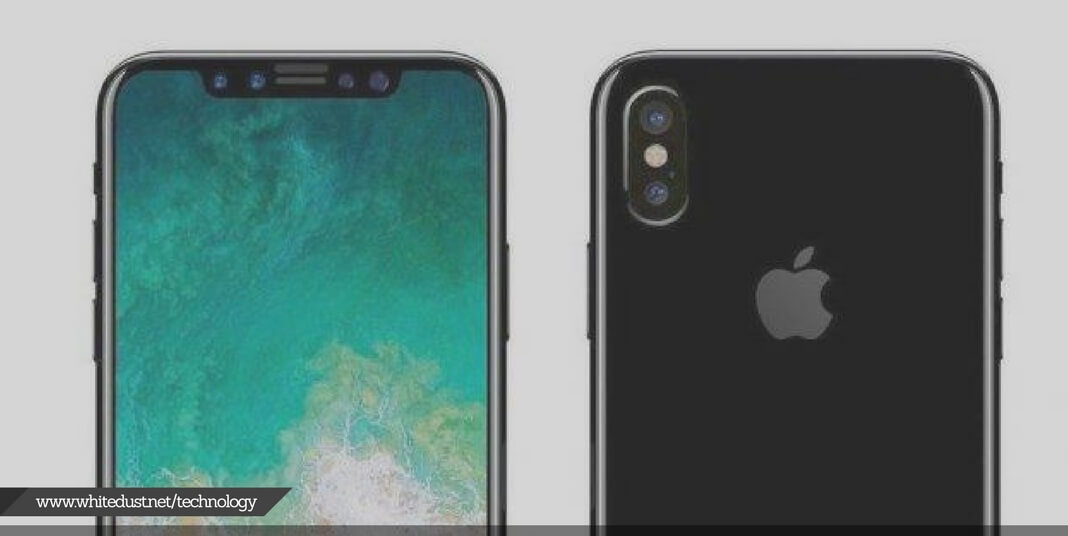 Both the smartphones have their own flaws and points, but without any doubt, they are the best smartphones you can get as of now in 2017. However, Google Pixel 2 is yet to launch. If OS does not issue for you, then I would suggest that iPhone X is the one to go for. The result of this comparison hardly indicates that Note 8 is a bad smartphone-its excellent. The iPhone outperforms Note 8 in many aspects, particularly in the camera quality both front and back. It is a blazingly fast smartphone. On the other side, if you want a customizable and more versatile smartphone, then without any doubt Note 8 is the one to go for since iOS restricts you too much and most of the times you have to stick with what you get. If security is your highest priority and you just can’t compromise on it, then iPhone X is for you. On the other side, if you want a more phablet kind of smartphone and a crisper display then you should go for the Note 8. All in all, there is no clear winner. You should work out your priorities and then choose the one which suits you more. We hope you liked this comparison and it would help you in your buying decision.

Smartphone Security Apps: The Good, the Bad, and the Unsecured