Being one of the top 10 markets globally, Canada’s stock market is worth over $2 trillion and consists of more than 3,300 listed companies. Notably, most of these listed companies are also listed on the New York Stock Exchange.

The Toronto Stock Exchange, which was founded in 1861, has grown to the sizable exchange it is today. This stock exchange is the place you will find the most successful Canadian companies, amongst others.

Investing in a foreign stock market may seem beset by pitfalls and other dangers. However, there are advisors that offer in-depth research, providing knowledge of the market. In this way, such advisors manage their client’s wealth effectively. 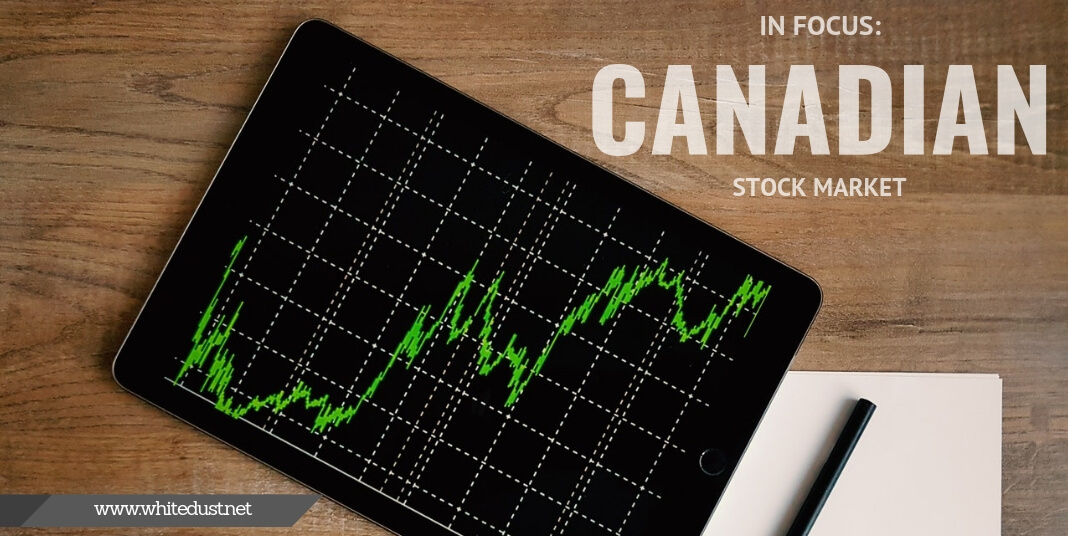 To gain insight into one of the leading Canadian Robo advisors, which has offices globally, you should read this thorough Wealthsimple review. It is essential to understand the workings of each specific stock market, and Canada’s is no exception.

The Canadian economy is linked to the American economy in many more ways than one. It is dependent on the United States for its growth, these two economies being fully integrated. Many of Canada’s stocks are fluid, thanks to American capital, much from American speculators.

Inevitably, being intertwined poses similar risks for Canadian and American investors alike. Recently there has been tension between the US and China, in which trade wars have led to a $47 billion drop in the Canadian stock value in August. This proves that you need knowledge of both to be successful when investing in the Canadian Stock Market.

That said, even though the similarities between the American and Canadian economies are there, there are also some differences that should be noted. First, there is a size difference between these two countries and as a result their two stock markets.

The stock market in Canada is smaller in comparison, with fewer stocks available. Second, there is a currency difference. Stocks traded in Canada are per Canadian dollars, not United States dollars.

Third, there is a difference between the type of stocks in these two countries. For instance, in Canada, the economy has a higher dependence on natural resources such as mining, gas, and oil-related businesses. These businesses tend to fluctuate based on global demand, so you need to keep a close eye on any movements.

These businesses are listed on the exchange, so it’s not too challenging to watch them if you know what to look out for. Other factors can affect these markets, so do your research thoroughly.

Lastly, it should be pointed out that Canada’s laws differ from those of the US, which has allowed the growth of alternative sectors, such as permission to trade in marijuana. This new and upcoming trade area is likely to become legal in the US at some point, and other countries across the globe are following suit.

The latter has more than 2000 listed companies. For instance, this stock exchange focuses on up-and-coming smaller businesses, with lower-priced stocks. Any start-ups will likely float here first as it gives these kinds of businesses the opportunity to grow and progress to the Toronto Stock Exchange.

It also focuses on a fixed income, equities, energy market exchanges, and derivatives. The Toronto Stock Exchange, by contrast, focuses on stocks, investment funds, and income trusts. It is vital you understand the differences between the two before investing in either.

Also read, Indians Are Pawning Their Gold As Lending Industry Is Hit By Liquidity Crunch

Key Benefits of Investing in the Canadian Stock Market

Besides that, the economy in Canada is strong and good for investors wanting to invest in natural resources, such as gas and oil, as part of their portfolio. There is also diversity, meaning that investors can also invest in potash, which is used globally in agriculture.

Plus, the country’s banking system is viewed as being safe and sound. Furthermore, the country has a good financial position when compared to many of the other developed nations. This means that the country can offer lower lending rates compared with most other states, which is highly attractive to foreign investors.

Also, as the country trades in a different currency, it attracts the attention of Forex traders, and those wanting to protect themselves against the dynamic nature global exchange rates in reference to US dollars, should these drop in value. Forex is one of the areas that investors can make big bucks from if they judge the market well.

As such, investment in the Canadian stock market could be a means of protecting oneself against any US dollar-based investment which loses value. It is almost like an insurance policy for savvy investors and traders.

The Benefit of Investing in New Markets: Case of Marijuana Investment

The marijuana stock investments in Canada have burgeoned since the legalization of the production and sales of this product. The market is hot and the level of investment and new companies entering the market is booming and booming.

This has led to the growth of companies such as Canopy Growth (CGC), Tilray (TLRY), Cronos Group (CRON), Aurora Cannabis (ACB), CannTrust (CTST), Hexo (HEXO), Aphria (APHA), and Organigram (OGI), to name a few to enter the stock market. There are hundreds upon hundreds more cropping up each and every day.

More so, even though there has been enormous growth in this sector, with stock growth from 40 to 60% since listed, many companies are not profiting. An exception is the Cronos Group, which recently reported a profit. They are relying on future growth at the moment, which may or may not come.

The negative growth of many of these companies is impacted by shortages, production and distribution bottlenecks, as well as, licensing backlogs. Such obstacles have led to problems for producers in delivering their products to the market.

These issues are expected when something goes through a legalization process, and this will improve over the next year or two.

In an attempt to decide which stocks are worth investing in, against the hype and lack of profitability, investors will need the assistance of skilled advisors to determine which stocks are in a manageable buy range.

In the case of marijuana stock, for example, the stock is volatile which means that investors could stand to lose. It would be beneficial for the investor to be supported by the knowledge of an expert with a good grasp of the fundamentals of the host country. The investor will be freed from a learning curve that could set him or her back financially.

Final Thoughts on Investing in the Canadian Stock Market

There is a benefit for those wishing to make a foreign investment and add diversity to his or her portfolio. However, this stock market also extends investors the benefit of the various booming sectors within Canada, such as the marijuana stock.

Nevertheless, as with all investments, research is needed before investing − particularly during a time of stock-market weakness and volatility. Take the time needed to fully understand what you are getting into. Knowledge is power, without spending the time to get the insight you need, you will struggle to be a success.

How to Enter the iGaming Industry as an Entrepreneur

5 Effective Ways To Improve Workflow Efficiency In The Office