Despite what you may have been led to believe by a certain bear that “Only you can prevent Wildfires“, You may have been under the impression that people are the only cause of Wildfires but the reality is a lot more fascinating. When you imagine a wildfire you think about a person guzzling gas all over the place while flicking matchsticks with style(preferably wearing hoodie) but the problem with that generalization is that most people are usually not going around with bad intentions(unless they are bat shit crazy) to create fires for no reason. So how does this happen deep within the forest where no one is even around? It may surprise you but it’s a Natural Phenomenon. Yes you heard it right a thing done by Nature without any help.

What is a Forest Fire?

Well this is the part where I simplify and explain you what it is to begin with. Forest Fires or more accurately known as Wildfires are rapidly spreading fires which can spread as far as you can see. Like most fires these need fuel which in the case of a Forest there’s literally canopy waiting for it to be consumed by flames. Also like most fires there’s an ignition point which may be caused by lightning storm or just a heat wave where the temperature of the atmosphere crosses the combustion point of already dried vegetation. Well there’s also the popular idiot who thinks he looks cool for playing with fire while within a Forest.

Why is Wildfire Prevention such a huge deal?

You may be wondering if this is natural thing that happens anyway then why is this such a huge deal? Why do we have so many PSAs running on all the time warning us about it and have Forest Rangers employed for fighting these fires(among other things)? Well like most things on this planet Humans being around the Forest raises the chances of it going up into flames. It may feel morbid to think about it this way but the fact is that we love warm burning flame during the night and no matter how much we try there’s always a small chance that we didn’t practice all the safety measures. It has been estimate that 9 out of 10 Wildfires are caused by people.

What about the ones that we don’t cause? Why are people fighting those and getting them under control? Well even if there is nobody around that part of the Forest it can still spread to the furthest outskirts of the green where some people live and we are not even thinking about the people who have cabins in the woods or are just spending their time enjoying the wilderness. Wildfires usually has a huge cost which is the loss of human lives and infrastructure around them. Some rangers even start small controlled fires to prevent any potential fire in the future from spreading way too much.

Why are we not finding a permanent solution?

Despite all the damage it can do it’s a necessary part of the ecosystem of the trees residing in that area. Ecologist have found a huge number of trees that either need a Wildfire or have even evolved to use those to help them grow. When it’s used to let a huge portion of the forest renew with healthier younger trees We can’t just stop them from ever happening even if wanted to. We have learned that sometimes we should let the nature have its way.

Those tree are not the only ones to benefiting from these burning sensations. Before mankind knew how to create their own fire by smashing flint and steel together they were introduced to fire by these phenomenon. These helped us get out of our caves and stay warmer during the night. These might have been one of those fundamental things in nature that helped us get to the point where we are in today. 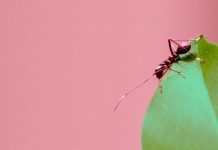 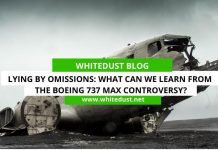 Lying By Omissions: What Can We Learn From The Boeing 737 Max Controversy? 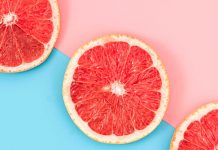 4 STAGES OF TERRESTRIAL PLANET FORMATION YOU DIDN’T KNOW ABOUT

After 26 years of nap, black hole wakes up and spits...