Here are the top 10 list of Airports around the world 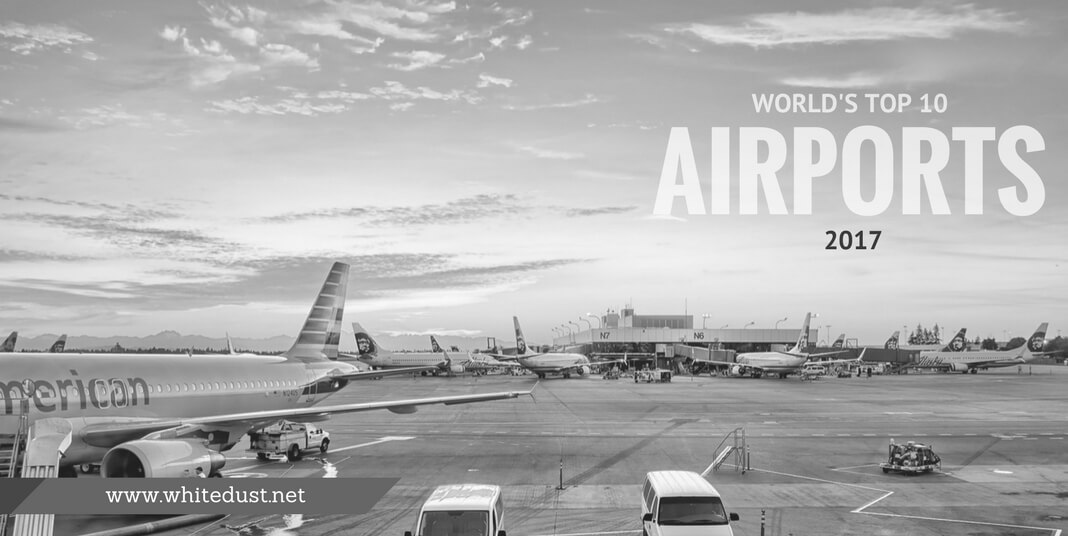 The Airports these days provide you with not only the best flights and connectivity to another part of the world but also an unforgettable experience.

The Frankfurt airport, Germany is one of the biggest logistical airports in Europe. It gets around 57 million passengers travelling in and out of Germany. And Lufthansa provides most of the flights.

The airport is connected well with a train station and bus station within 10-15minutes of the commute. 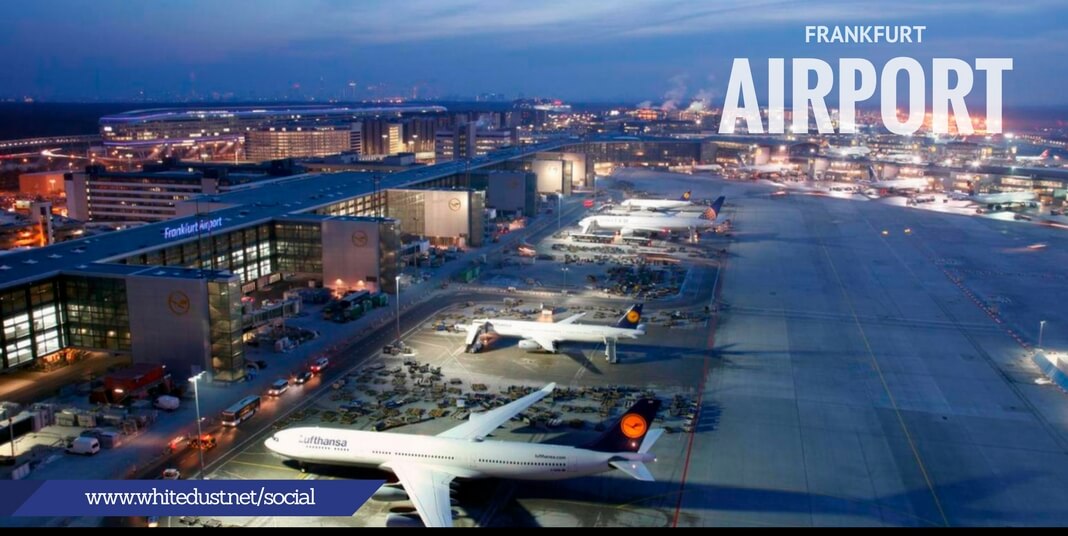 Also read, 5 AMAZING ACTIVITIES TO UPLIFT YOUR LIFE IN 2017

Well, London is synonyms with fine dining, quality apparel, and impressive facilities, the London Heathrow airport boasts of these and much more. It is Europes busiest airports with more than 75 million passengers a year and about 200,000 passengers a day the London airport is equipped with the finest Michelin restaurants and shopping centres with the biggest brands. 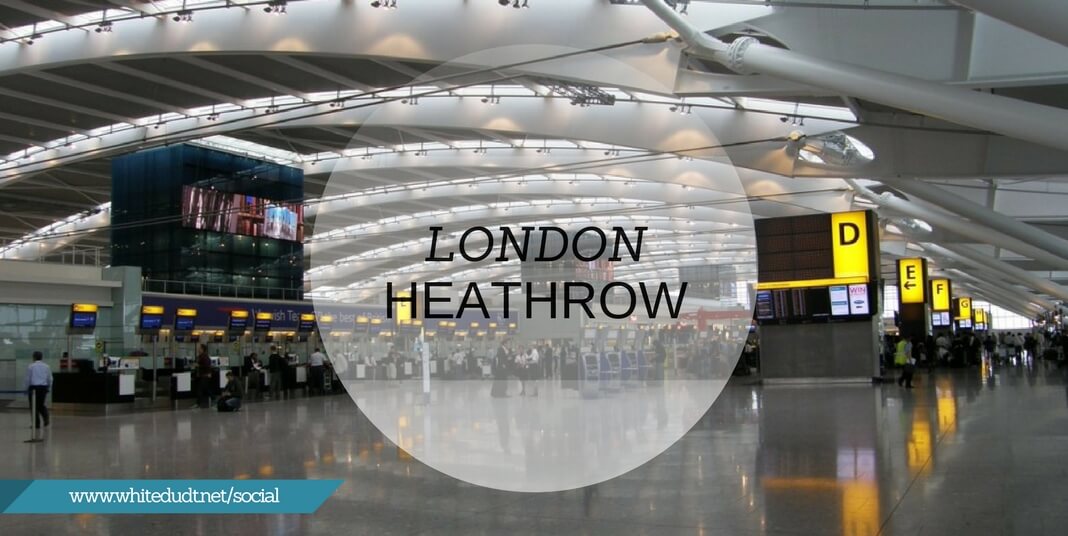 Car parking has always been expensive and time-consuming in such airports. You can easily avoid the airport parking system altogether and by opting an alternative car parking you could save time and money. So check out JetParks Airport Car Park, which helps you to book your parking slot in advance at economical prices. 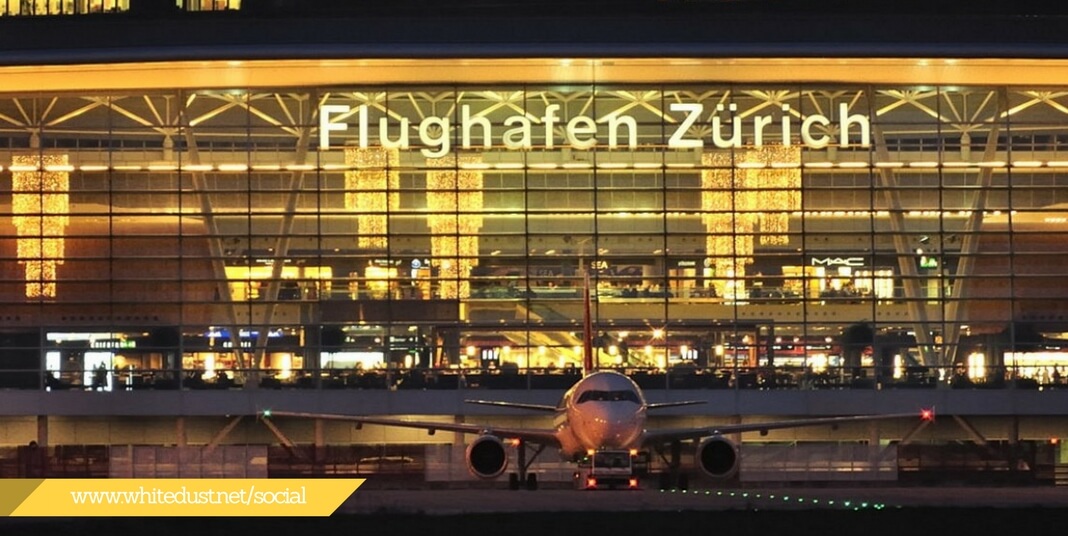 The airport has all the necessary facilities, including a playhouse for kids and sports equipment for adults.

The Chubu Centrair Nagoya airport Japan is situated on an artificial island in Ise Bay. It is an 8th busiest international airport in the world, about 11 Million people travel through Chubu Centrair Airport. Its construction was started in early 2000 and is operational since 17th February 2005. 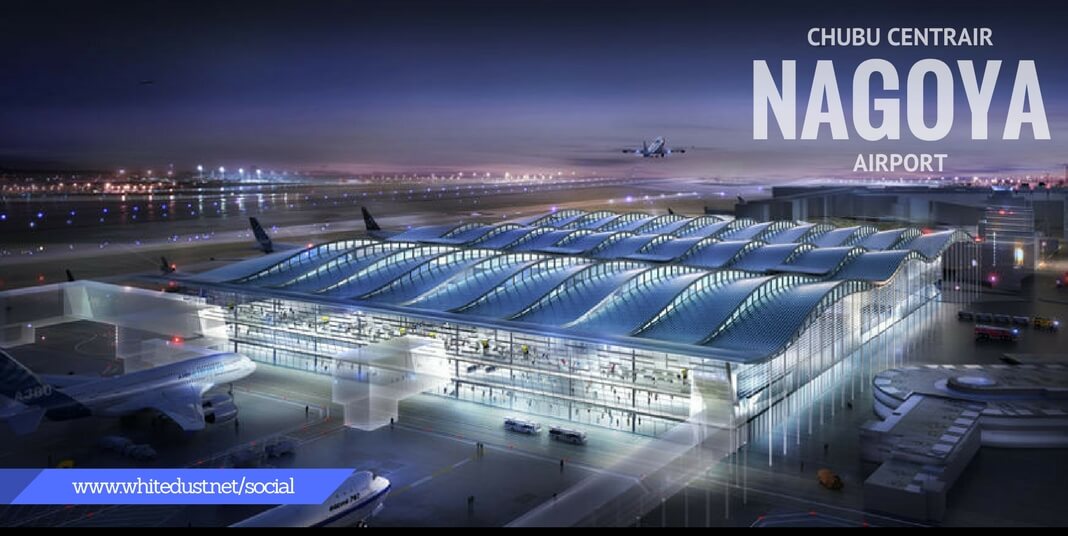 The Hamad International Airport is one of the coolest airports in the world, with passenger traffic of about 50 million. The land where the airport now stands was once a sea. The sea was buried, and the airport was built on it. 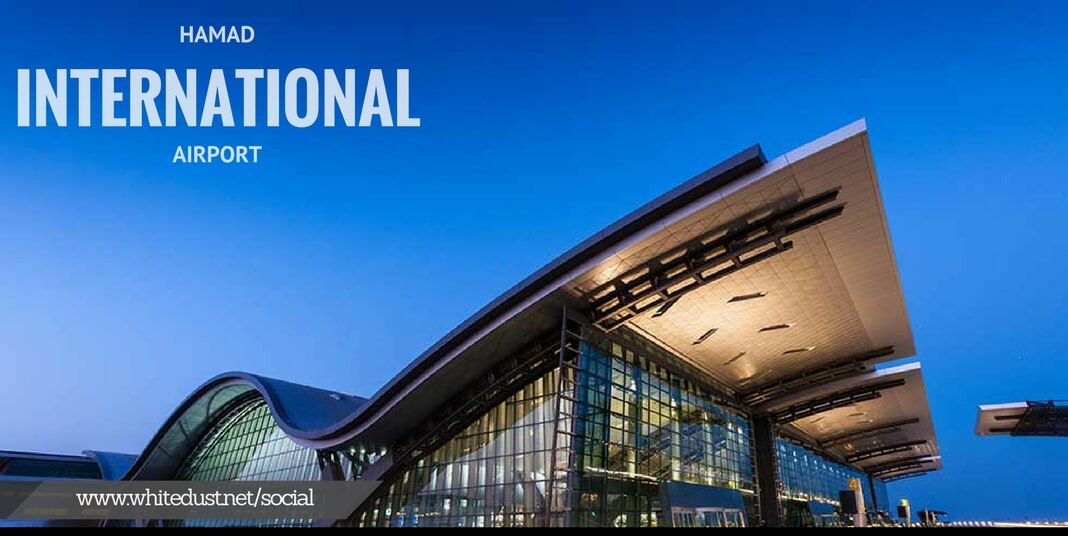 It has over 100 restaurants and has the unique distinction of being the largest catering services in the world. Over 90,000 meals are cooked every day by 350 chefs and 1,800 staff members.

The Munich Airport is situated in Munich, the third largest state in Germany. It is a tourist destination and is most popular for it’s Oktoberfest that is held in September every year. A tourist from all over the world visits Munich to attend the Oktoberfest. 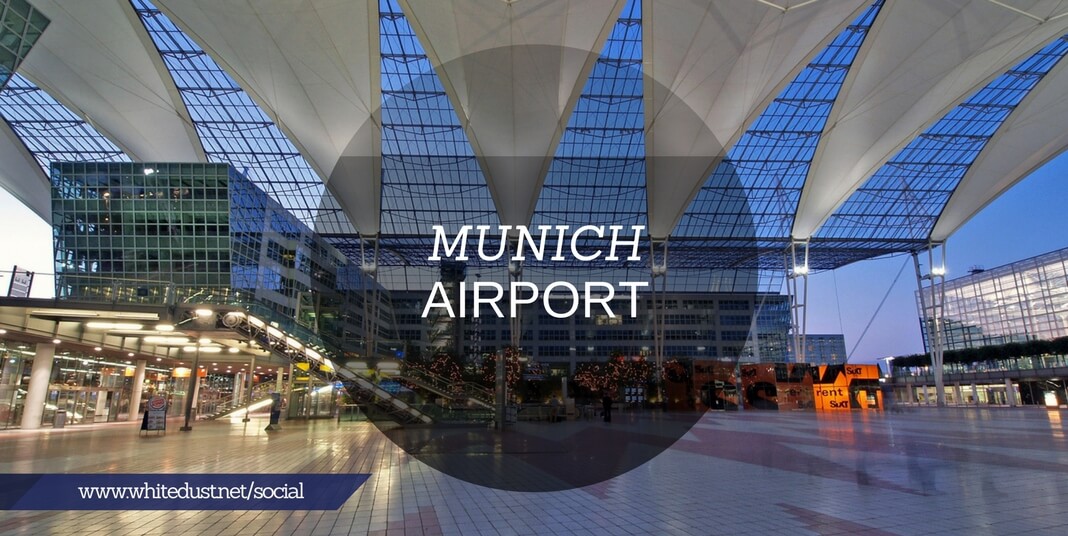 The Munich Airport gets about 42 Million passengers from around the world. And the airport has all the facilities to cater to their customers.

One of the major attraction at the Munich Airport is  Audi’s car showroom at terminal 1. It attracts a lot of car lovers. 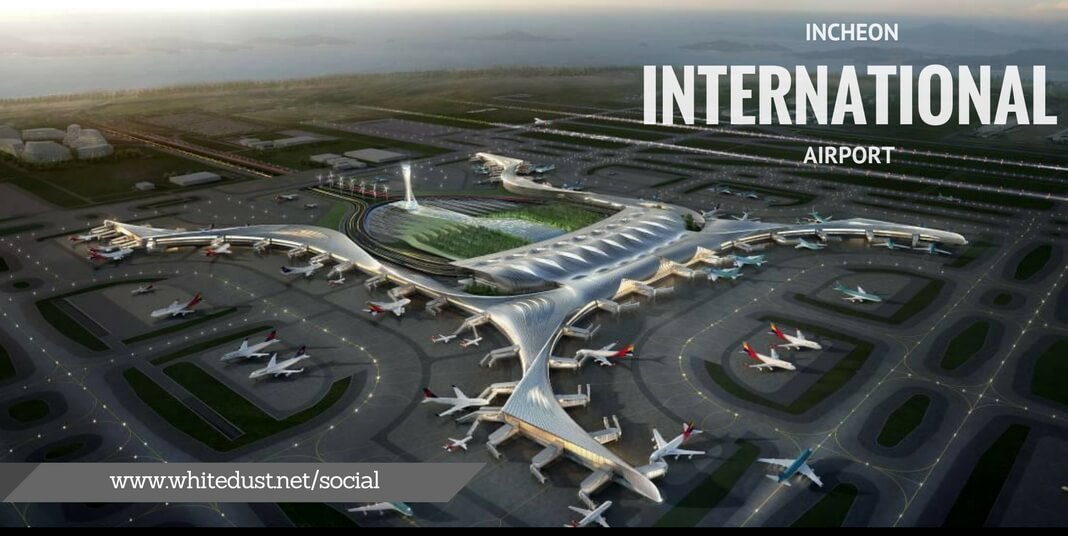 The Incheon International Airport boast of a golf course, spa, private sleeping rooms and an ice skating rink. Unlike any other airport in the world, the Incheon airport has a casino, where the passengers can spend their time. It also indoor gardens and a Museum of Korean Culture.

Like most Asian countries parking at the Incheon International Airport is not that expensive. You can park your car for about 24,000 Korean Won per day; that will be about 21 USD.

Roadways and railways well connect the Tokyo airport. It is just 14 KM away from the train station. 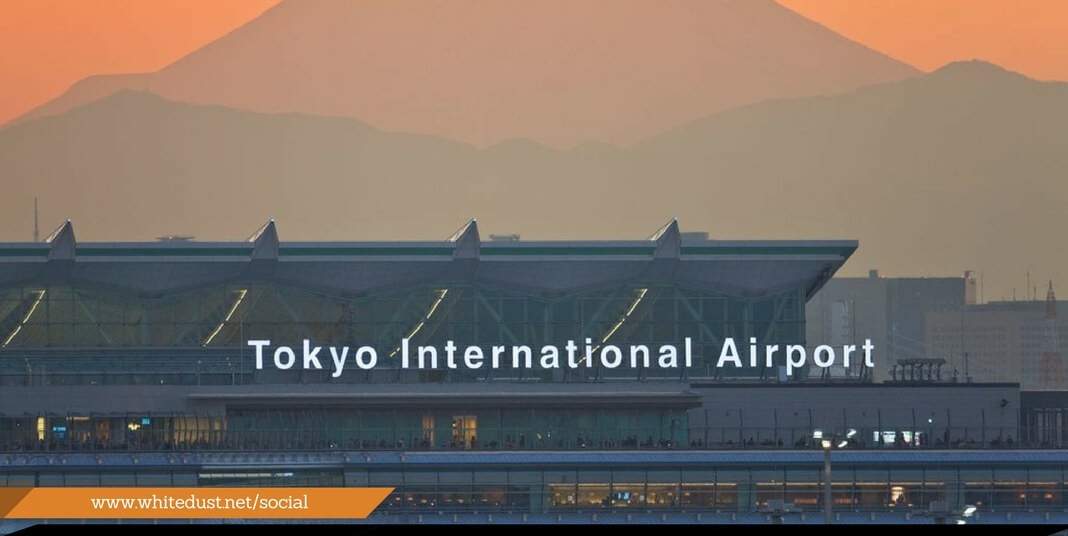 You can park your car at the Tokyo International airport for about 1500 Yen per day.

Singapore’s Changi Airport or just known as Changi Airport has been in the top 10 list for a long time. The airport provides a unique experience to its customers. It is probably the only airport that has not one but two gardens in its premises. It has a rooftop Sunflower Garden and the Butterfly Garden.

Yes, you read it right, the Singapore Changi Airport has a Butterfly garden in it with around 47 species and more than 1000 butterflies flying around. Many tourists say that their holiday experience starts right at the airport. 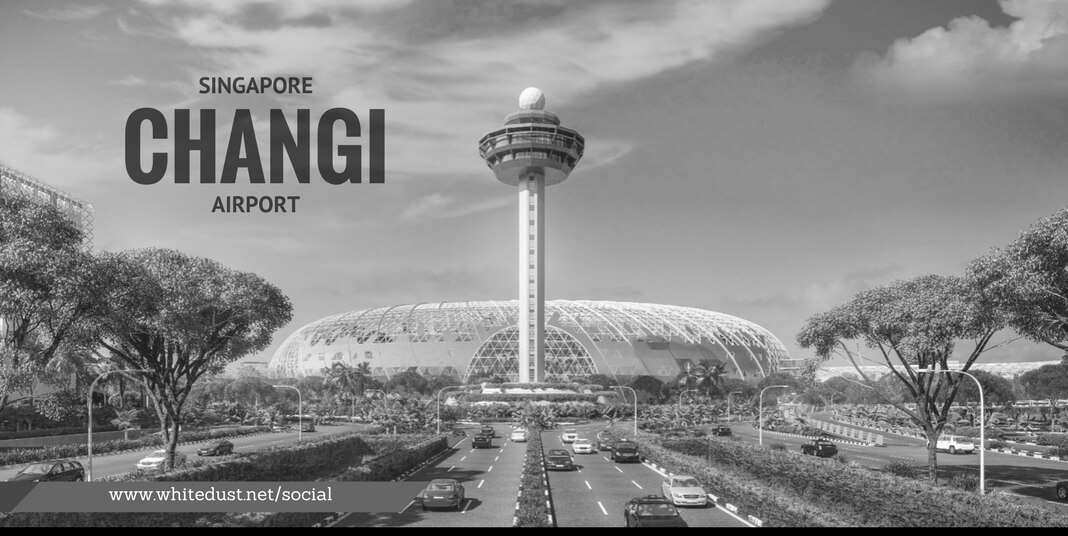 The airport has two theatres that screen the latest movies 24/7 for free. And it has a dedicated Entertainment deck which allows you to play games on the best gaming consoles in the world; passengers get to play their favourite games on the latest Xbox and PlayStation.

Apart from a garden and a theatre the Singapore airport has a kid friendly playground, a four-story tall slide, a fish spa, and a duty-free shopping facility that offers a 30-day money back guarantee.

The Changi Airport offers parking services; vehicle owners can park their cars for as low as $41 per day for cars and $ 0.93 per day or motorbikes and scooters.

This was a list of the biggest, busiest airports in the world. Most of these airports boast of the best services in the world. We hope you found this post interesting and informative. So next time you travel to any country be sure to check out the best features and enjoy the luxury.

Here are the world biggest Aeroplanes

How to arrange a sport area in your garden ?

Top Rated Superhero Names You Must Know In 2021

The Green Home Improvements That Make the Biggest Lifestyle Difference