The Boeing 737 Max is the latest commercial airliner model churned out by Boeing. The plane is the fastest-selling aircraft in all of Boeing’s history, with about 5,000 orders from over 100 customers from all over the world. Boeing is, without a doubt, proud of its creation. 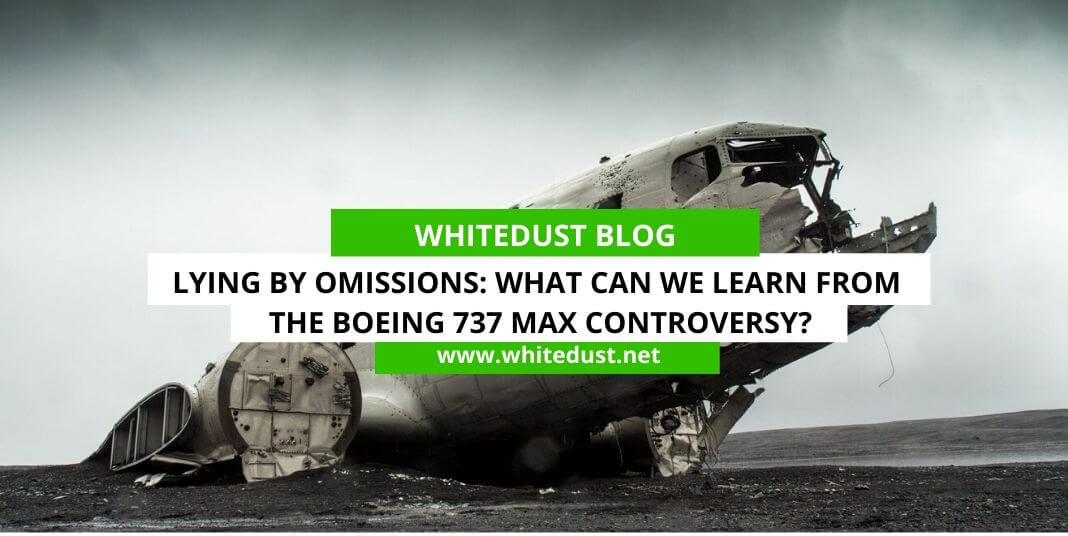 However, the Boeing 737 Max has also become the center of controversy in light of crashes involving the model where about 346 people lost their lives. The plane, as well as multiple airlines that have fleets comprised of the plane, have been grounded, and production is set to be halted in January 2020.

What really made it controversial was how Boeing was not completely honest about its latest commercial plane. There is a real danger in lying by omission, but to fully comprehend it, we need to look at some factors that contributed to these plane accidents.

In an attempt to compete with the newer A320 from Airbus, Boeing decided to simply tweak the 737’s design, rather than design a completely new airplane. The 737 Max was equipped with larger engines that were attached much further forward. This design choice meant that the plane was more likely to pitch up and even stall in some situations.

Also read, The Absurdity Of Trump’s Bid To Bail Out The Oil And Gas Industry

The faulty safety feature in question is the Maneuvering Characteristics Augmentation System (MCAS), that was created in order to compensate for the plane’s tendency to pitch up. However, for some inexplicable reason, the feature was not marketed or even included in the 737 Max’s manual. This meant that the pilots who would fly the 737 Max were not aware of the feature. And if the omission wasn’t bad enough, the feature was heavily dependent on a single sensor on the outside of the plane.

This sensor is designed to detect whether or not the plane is about to stall. And while the presence of the sensor would have helped activate the MCAS, the fact that this sensor is located outside of the plane means that there’s no way for pilots to determine if the sensor is malfunctioning during flight, which is a time where it is most crucial to ensure that all instruments are functional.

So, not only were pilots unaware of a safety feature installed on the 737 Max, the sensor that would have helped it function could not be diagnosed mid-flight. This means that pilots would not have been able to determine the exact cause as to why their plane was behaving strangely, much less correct it.

There are honest mistakes and then there are deliberate ones. The decision to not only cut corners but to also keep the truth from customers has yielded devastating results. Several lawsuits have been filed against Boeing with prominent Airplane & Helicopter Crash Attorneys at the forefront of it all.

These missteps can be interpreted as negligence considering that Boeing kept its customers in the dark about the presence of the MCAS. While the court proceedings remain in process, what’s clear is that we won’t be seeing any 737 Maxs in the sky any time soon.

As it stands, may this be a clear and resounding lesson to us all, especially those who are engaged in a business that relies on customer trust, to stay honest and forthright in our dealings with our customers? There’s a difference between skillfully keeping bad marketing details away from customers and outright endangering them by hiding the truth from them.

Being Your Own Boss: Jeremy D. Rackley the Challenges of Launching a Business

The True Science Behind Mental Illness

After 26 years of nap, black hole wakes up and spits...