Nowadays 3D modeling connects different spheres together. Especially 3D artists love to create vehicle in 3D. One of the popular direction of it – Motorcycle 3D Models. Let’s dive into the history of motorcycles in general.

There is much controversy about when the first motorcycle appeared but we will solve this very simply – let’s take for the starting point, the year when the internal combustion engine was installed on two wheels for the first time.

At the end of the XIX century, two German designers invented the world’s first motorcycle – a two-wheeled carriage with an internal combustion engine. Then the history of motorcycles began. Gottlieb Daimler and Wilhelm Maybach did not set a goal to create the first motorcycle, their apparatus was just a test bench for the engine, which two Germans were going to subsequently equip their cars with. The first motorcycle was quite original by today’s standards, a looking wooden bicycle with a semicircular saddle and petrol carburetor engine with a capacity of one and a half horsepower. By the way, there are many motorcycle 3D models that represent this first motorcycle. 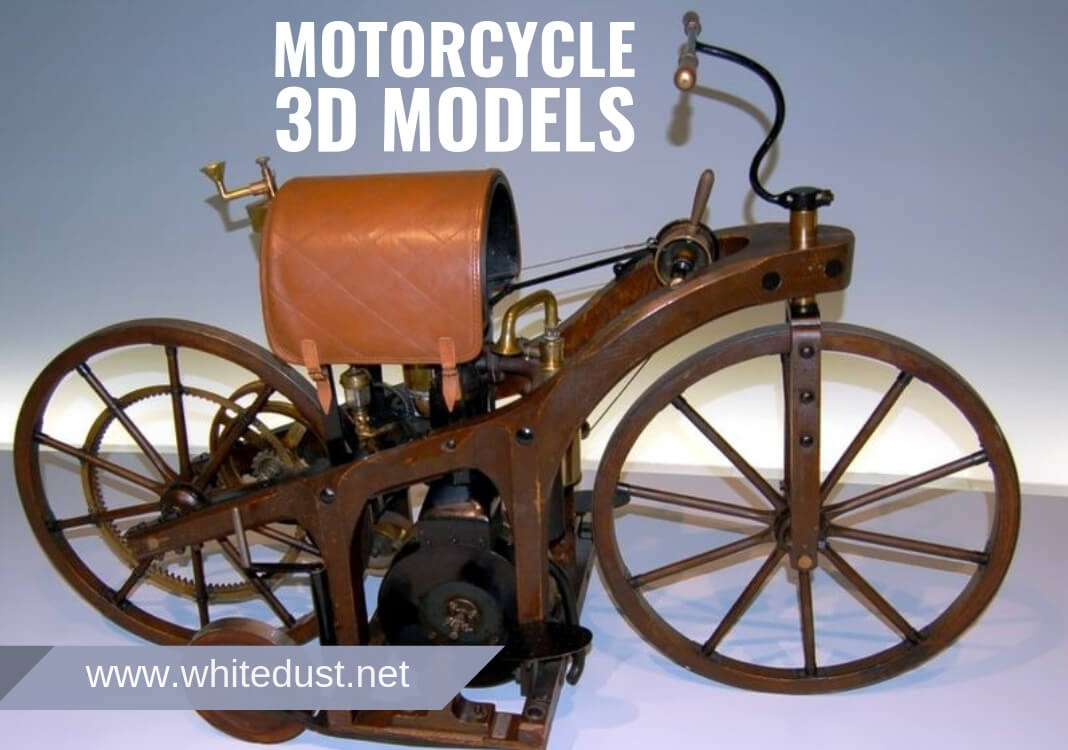 Unfortunately, the car was burned by a fire in a shed that served as a garage for two pioneers and at this stage of the first motorcycle history ends and the era begins. What innovations did engineers bring to their first motorcycles? What was the first motorcycle that went into mass production and how this form of transport, popular for many decades, was modified? What difficulties the do producers face at the dawn of the emergence of this epoch-making phenomenon, filled with legends and becoming a cult for many generations? The history of the motorcycle is a fascinating journey to the beginning of the XX century, full of legends and brilliant ideas which are now reproduced in 3D models too.

In 1894, the German firm Hildebrand and Wolfmüller began mass production of a two-thousandth batch of mopeds; this production lasted for 3 years. These were the first motorcycles in the world “standing on the conveyor,” with a weight of 50 kilograms, they were accelerated to 28 mph. The motor was located inside the frame and had ignition from the calyx tube. Some details of the design were borrowed from the steam-powered prototypes made by the Hildebrand brothers five years earlier.

Also Read: Commercial Vehicle Insurance: All you need to know for your business 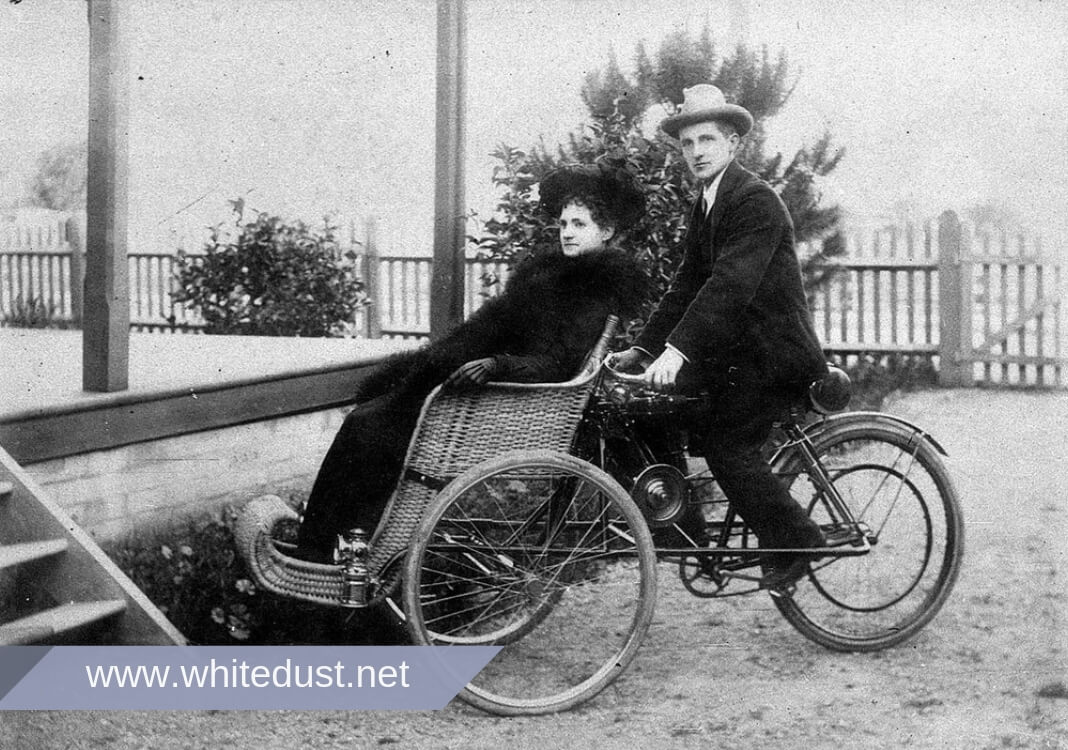 For example, a water reservoir in the form of a rear wing, the new task of which was the supply of water to the cooling cavities surrounding the cylinders, as well as the connecting rods that directly propelled the rear wheel. In this model, there was no clutch or pedals – the very first motorcycles were launched “from the pusher”. For this reason, and also because of the high cost, this model did not have a huge commercial success, and was not conceived for such purposes. The factory of Hildebrand and Wolmüller closed after the First World War in 1919, but the history of motorcycles continued and several copies of the same moped are now in museums around the world.

This was the beginning of a long motorcycle history. If you are interested in retro or modern motorcycle 3D models you can easily find them on https://www.flatpyramid.com/vehicles-3d-models/motorcycles/